The Serious Fraud Office has today commenced an investigation into the NZ First Foundation. 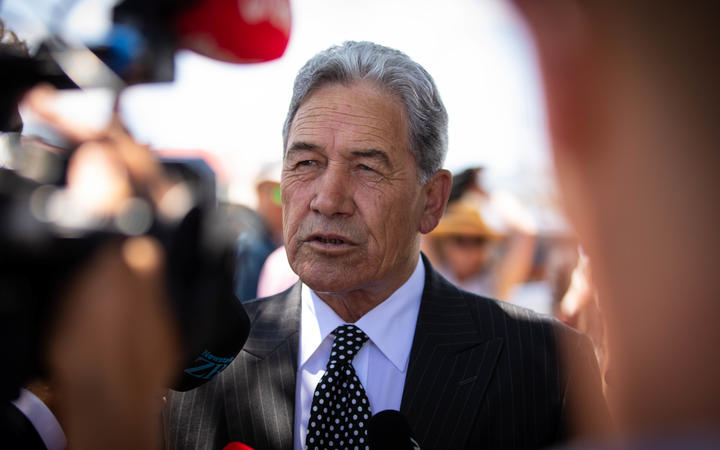 The SFO had been considering whether to launch an investigation after police handed in a complaint from the Electoral Commission last November.

That followed reports by RNZ about the way the foundation had been handling donations, and questions about disclosure and donors' identities.

It referred the matter to the police, who promptly sent it to the Serious Fraud Office last week.

The commission said it had formed the view the secretive foundation had received donations that should have been treated as donations to New Zealand First.

"The Commission does not have the investigative powers to form a view about whether this failure to transmit and the non-disclosure means offences have been committed," the commission said.

The commission passed its findings to police last Monday, and police immediately referred that on to the SFO.

NZ First has faced criticism over the mysterious foundation.

RNZ has continued to report donations to the New Zealand First Foundation from entities linked to some of the country's wealthiest people.

As part of that reporting, a lobbying firm run by Doug Woolerton - one of the foundation's two trustees - was today revealed to have pushed for a law change on behalf of a property developer which then donated tens of thousands of dollars to the foundation.

A day before police referred the case to the SFO, Winston Peters said NZ First was lodging a police complaint over what he said was a "massive breach of the party's information".

He's also facing questions about whether or not his party had anything to do with photos of journalists ending up on a blog linked to Whaleoil, but he told reporters at Parliament this morning he was "not wasting his time" with that.

When Peters was asked why then the prime minister had to field questions on his behalf he said it was because he was being asked "stupid questions".

Jacinda Ardern told reporters her position had not changed.

"Again, ultimately what you're asking me about is an internal New Zealand First issue and it's not necessarily clear who took those photos.

"And so I do encourage you to ask those questions of New Zealand First," Ardern said.

She said she found the blog where the photo were put up "distasteful" and had made that view clear publicly.

But Ardern said, as Labour leader, she was responsible for the conduct of Labour MPs only.

"My focus as prime minister is the impacts of coronavirus... making sure we're rolling out our infrastructure package - what you're asking about is very much an internal matter, that is not for me."

New Zealand First MP Shane Jones said this was a case of the media reporting on itself, calling it "a storm in a midget's teacup".

His colleague Tracey Martin said she knew who took the photo, but declined to say who it was, or make any other comment.