A mysterious foundation that loans money to New Zealand First is under scrutiny, with a university law professor saying although it's lawful, it fails to provide the transparency voters need in a democracy. 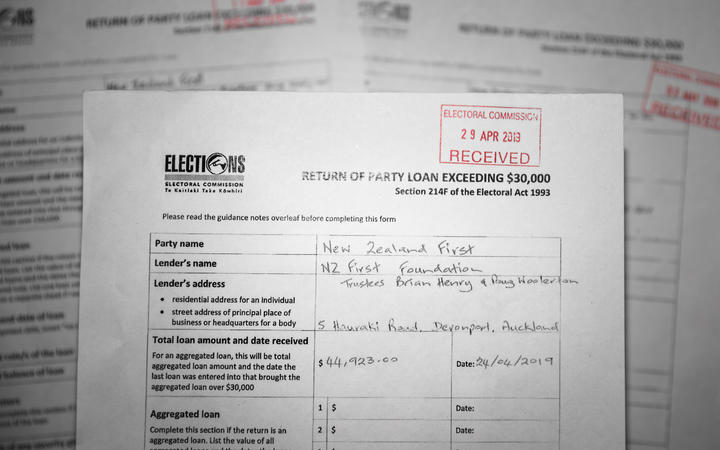 Those giving money to the foundation are able to remain anonymous because under electoral law, loans are not subject to the same disclosure requirements as donations.

Both of the foundation's trustees refused to answer any questions about what the foundation did and how it operated, and New Zealand First's party secretary, Liz Witehira, said she knew nothing about it.

"I don't know and I don't need to know," Mrs Witehira told RNZ.

"I understand there was a loan prior to my time but I didn't have anything to do with it. I have not been involved in any loans since I have become the secretary general."

Under electoral law, only the party secretary can enter into a loan on behalf of a political party. 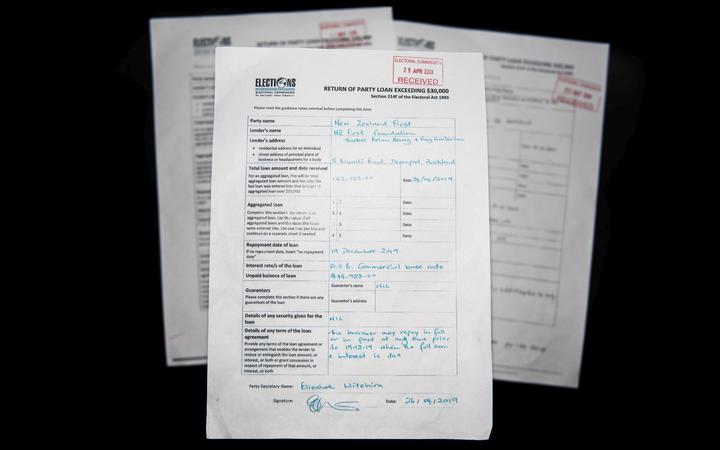 RNZ asked Mrs Witehira for an explanation and she responded by text: "I haven't signed any loans. Get your facts right."

After being provided a copy of the Return of Party Loan document with her signature on it, she said, "There's nothing further to explain. One entity provided a loan to another entity. It was documented, declared and repaid."

Professor Andrew Geddis, an expert on constitutional and electoral law at Otago University, believes the New Zealand First Foundation did not provide the level of transparency the public needed, especially from a party with ministers in government.

"It's an odd beast because it's not clear why it exists," he said of the foundation.

He said one possible explanation was the foundation was used "to allow money to be given for the benefit of the New Zealand First party without going through the usual disclosure requirements". 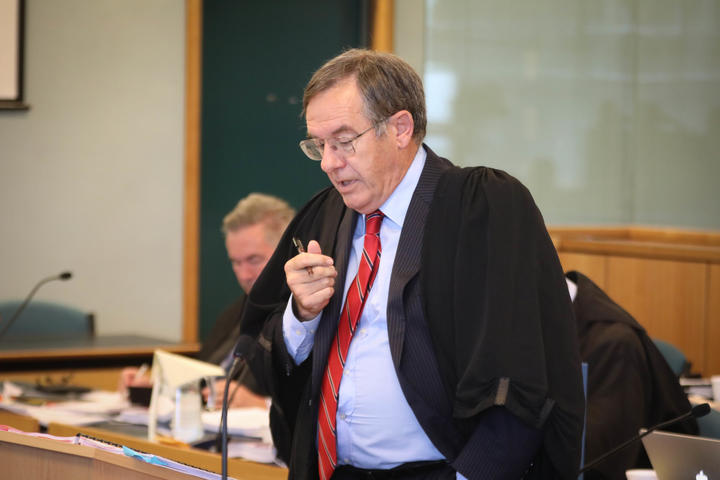 The only information known about the foundation is the names and addresses of the two men who are trustees. They are Brian Henry, who acts as a lawyer for the New Zealand First leader Winston Peters, and Doug Woolerton, a former New Zealand First MP.

When contacted by RNZ, Mr Henry said, "There is nothing to talk about. That's the end of the conversation," and hung up.

As well as his role as a trustee for the New Zealand First Foundation which loans money to the party, Henry is also the "judicial officer" for New Zealand First. The position means Mr Henry gives legal advice to the board of the party, serves as a member of the constitution committee and chairs the disputes committee.

Mr Woolerton left Parliament in 2008 and now runs a lobbying firm. His company is called The Lobbyist and its website offers media strategies, services in "drafting changes for legislation" and "personal introductions" where appropriate.

Mr Woolerton wouldn't say what the foundation was, what his role as a trustee involved or whether he believed he had conflicts of interest given he also ran a lobbying firm.

Mr Woolerton said RNZ should contact National and Labour about their funding because they used similar structures.

Labour said it didn't have any arrangements similar to the New Zealand First Foundation and didn't take loans to fund the party.

The Electoral Commission records loans which exceed $30,000 on its website, and the only loans recorded in this category in recent times are the three New Zealand First Foundation loans and one from Colin Craig, who lent the Conservative Party $315,000 in 2014.

Prof Geddis believes that given the role of New Zealand First in government it was particularly important to know where the party funding came from.

"We want to know that so that we can then trace any public decisions that this party and its ministers are making back through and see, is it benefiting people who've helped fund them? And that's a fundamental question in any democracy."

New Zealand First party returns show that in 2017 and 2018, the party received more than $500,000 worth of donations in amounts less than $15,000 which do not need to be disclosed under electoral law.

"They are the only political party in Parliament that hasn't had anyone wanting to give them more than $15,000 and maybe they are unique," Prof Geddis said.

"Alternatively, they may have managed to structure their fundraising activity so that if someone wants to give more than $15,000, they found a way that that can be given and can be of use to the party without it having to be publicly disclosed."

Geddis stressed that New Zealand First was not breaking any rules by doing this. "This is within the law, the law allows it. But whether it's what we really want of our political parties is an open question."