Where is NZ First heading next? 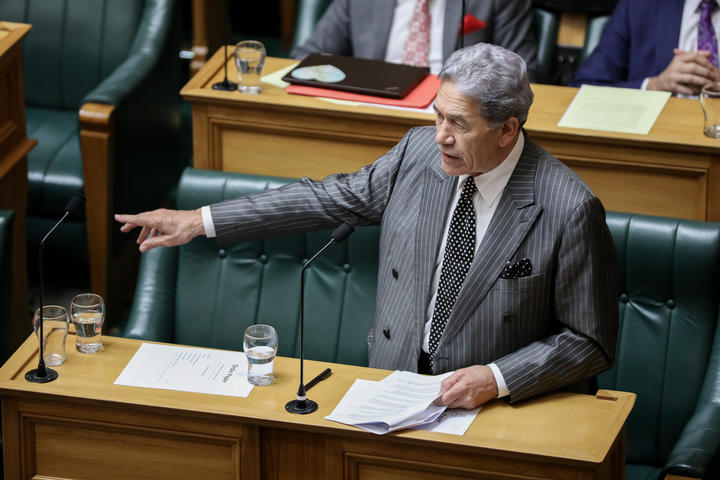 He’s one of New Zealand’s most familiar political faces, but is Winston Peters starting to hint at an exit from politics?

New Zealand First’s annual party conference, held in Christchurch over the weekend, was a fairly standard affair for the party.

“It was really rallying the troops more than anything substantial in the policy sense,” says Newsroom.co.nz’s political editor Sam Sachdeva.

“It was more of a stocktake … than any sort of new direction heading towards next year’s election.”

The lead-up to the conference was speckled with murmurs of discontent within the party; specifically, leaks revealing members’ unhappiness with how donations were spent, the election campaign and how candidates were chosen.

“Winston spoke to that at the start of the conference, saying, essentially, our focus has to be entirely on next year’s election. If it doesn’t fit with that, leave it out.

“I think that was a coded message to say: any infighting, this is not the place for it. But there seemed to be positivity overall.”

Sachdeva says while some policy discussions took place – notably, a reconsideration of the party’s anti pill-testing stance, and a proposal to have teenagers forced to do community service – Peters mainly used the platform to preach an anti-National message.

But while Peters maintains he’s open to working with either major party at the next election, Sachdeva believes it would be hard to repair NZ First’s relationship with National in time.

“I find it very hard to see a scenario in which he could swap sides and effectively go with National.

He says New Zealand First is in a comfortable spot in the polls but cannot get complacent.

“I think generally what’s happened for New Zealand First when it’s gone into government is it does lose a bit of its vote to the opposition.

“I think there are some disgruntled National voters who had gone with NZ first hoping he’d go into coalition with National… so it may be about trying to peel some of them off and have them back."

The other ever-present question at conferences is leadership, and how long Peters, who is 74, plans to stay in the game.

“When I spoke to him heading into the conference he said, ‘I’m not immortal.’

“He said, ‘I’m not going to be around forever – I’m not one of those people who can’t leave the place.’ Some would argue if that’s true when you’ve been here for going-on four decades.

“I do think he’s starting to think about when he’s going to pull the pin. He’s committed to running at the next election… but I’d be surprised at this point in time if he was to stand again in 2023.”

After that, Sachdeva says NZ First MPs Fletcher Tabuteau, Shane Jones, Tracey Martin and Ron Mark all have a decent shot at the top job.

“It’s hard to say who will rise up and fill that void.”