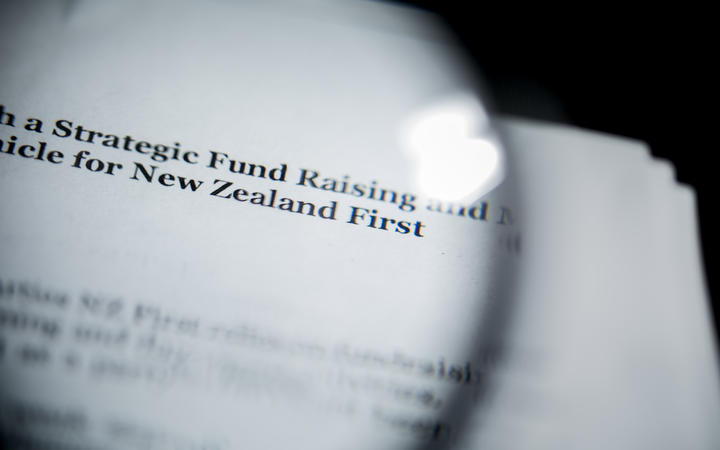 It follows a complaint to the Electoral Commission late last year about whether the party and the New Zealand First Foundation were complying with requirements for donations and loans.

Earlier this afternoon, the Electoral Commission said based on the information available, it had formed the view that the New Zealand First Foundation had received donations that should have been treated as party donations.

It said it had referred the matter to police.

"The Commission does not have the investigative powers to form a view about whether this failure to transmit and the non-disclosure means offences have been committed," the statement said.

"These matters have therefore been referred to the New Zealand Police, which have the necessary powers to investigate the knowledge and intent of those involved in fundraising, donating, and reporting donations."

A police spokesperson said the Electoral Commission had handed its file over this morning.

"We have assessed the file and will be referring the matter to the Serious Fraud Office," a statement said.

"As this matter is ongoing we are not in a position to comment further."

New Zealand First Leader Winston Peters said the party would review its arrangements for party donations in light of the Electoral Commission's decision.

Peters said that the party's model for collecting donations had been the same as other political parties. 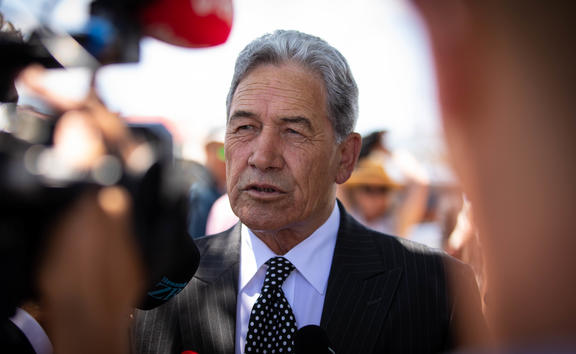 However, he said the decision to refer the matter to the police, "underscores the importance of reviewing the donations regime".

"I had already advised the party last week to take this course of action and itself refer the matter to the police, which the party had agreed to do.

"This does not imply any impropriety but is intended to ensure the party, as with all parties, have robust arrangements.

"If the review deems it necessary for New Zealand First and all parties to develop new arrangements to receive donations the party will consult with the Electoral Commission", he said.

Peters said the party believed it had followed the law implicitly.

"I am advised that in all its dealings the Foundation sought outside legal advice and does not believe it has breached the Electoral Act.

"At this stage the SFO will consider if an offence has been committed, or otherwise, and it is not appropriate to make any comment on specific detail that prejudges their investigation", Peters said.

The Prime Minister saif she would not be making any judgements about New Zealand First and its donations regime until the Serious Fraud Office delivered its conclusion.

The party is facing an SFO investigation after the Electoral Commission concluded donations to its foundation were not properly declared.

When asked if this would have any bearing on the governing relationship between New Zealand First and Labour, Ardern said the matter had only just been referred to the SFO, and she intended to let them do their job.

"I will not pass judgement on whether or not an offence has occurred, or if it has, who may be responsible."

She said she had been consistent when "another political party" had been under investigation.

"I let them do their job, and nor have I cast judgment on that process."

The police referred a complaint about National Party donations to the Serious Fraud Office last year; four people have been charged but they do not include anyone from National.

The SFO should take the time it needs to do a proper investigation, Ardern said, and not be pressured by any other factor including the election.

"Within the timeframes that they deem appropriate and suitable - that is a matter for them."

RNZ revealed in November that New Zealand First had disclosed three loans from the mysterious foundation.

Those giving money to the foundation are able to remain anonymous because under electoral law, loans are not subject to the same disclosure requirements as donations.

Last week, RNZ also reported on documents showing a series of donations to the New Zealand First Foundation from entities linked to some of the country's wealthiest people.

Many were a fraction below the threshold at which they would have to be publicly disclosed.

RNZ was not alleging that any of the donors broke any laws or were trying to keep their donations secret.

The Electoral Commission's decision came a day after New Zealand First leader Winston Peters said his party was lodging a police complaint over what he said was a "massive breach of the party's information".

"Ongoing media stories using as their source stolen information are designed to skew an even political playing field.

"New Zealand First has so far been sensitive to the circumstances surrounding the theft of party information but can no longer tolerate the mendacious attacks against the party and its supporters", he said yesterday.

Peters has repeatedly said that his party has done nothing wrong and has complied completely with electoral law.