An albatross chick's flowerpot is its castle

Listen duration 4′ :29″
Add to playlistPlaylist
Download
An albatross chick's flowerpot is its castle

There are 26 chicks in the royal albatross colony at Dunedin's Taiaroa Head this year - and the #royalcam chick is very much in the public spotlight. Video, Audio

This project tracks white-capped albatrosses to work out how much they overlap with the subantarctic squid fishery. Audio

Kath Walker and Graeme Elliott have been studying the Gibson's wandering albatross on Adam's Island since 1991. Audio

Banding together for banded dotterels 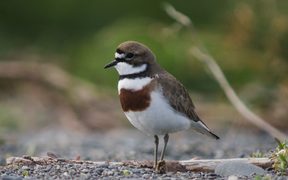 George Hobson is a teenager with a passion for birds - especially the banded dotterels that nest on Eastbourne's beach. Audio

Jesse Concklin and a group of shorebird experts explain what cannons and"twinkling"have to do with catching godwits. Audio

The cannon nets have been fired and Jesse Concklin and Phil Battley retrieve data loggers from the godwits they have caught. Audio 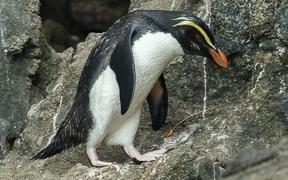 Twice a year tawaki or Fiordland crested penguins make migrations of many thousands of kilometres to the south to feed at the Polar Front. Audio 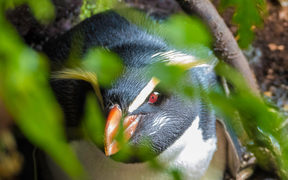 Scientists are discovering that tawaki, or Fiordland crested penguins, living in MIlford Sound are thriving - and breaking all the penguin rules. Audio 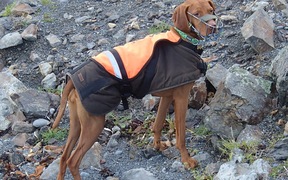 Alastair Judkins is a penguin hunter - and his secret weapon is a 'super nose', a dog called Mena. Alison Ballance joins them on a little penguin search in Wellington. Audio

Yellow-eyed penguins have hit their lowest numbers on mainland New Zealand since the early 1990s, and it's the result of a number of issues in the marine environment Audio

Predator-free Matiu-Somes Island, in Wellington Harbour, is a hotspot for little penguins - and penguin research Audio

Waitaha Penguin Out, Yellow-Eyed Penguin In

Yellow-eyed Penguins at the Auckland Islands 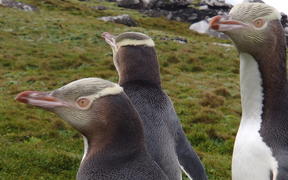 On the West Coast, people and their cars are a bigger threat than predators to little blue penguins Audio

Little penguins are thriving in Wellington Harbour, thanks to nest boxes and regenerating forest on Matiu-Somes Island. Audio

Dacia Herbulock joins the volunteers at a coastal revegetation project dedicated to the little blue penguin or kororaa. Audio 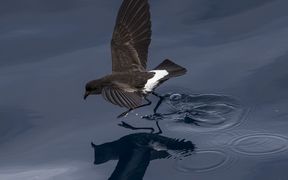 The Northern New Zealand Seabird Trust has been trying to solve the many mysteries of our smallest seabird, the New Zealand storm petrel, which breeds on Hauturu / Little Barrier Island. Audio, Gallery

Black petrels are a common sight at sea in the Hauraki Gulf, and are at risk from being accidentally caught by recreational and commercial fishers Audio

Ten years after its rediscovery, the breeding ground of the New Zealand storm petrel was finally discovered on Little Barrier Island Audio

Chatham petrels are one of the world's rarest seabirds, but simple innovative techniques have seen their numbers slowly recover Audio

The seabirds' important role for the dispersion of marine nutrients. Audio 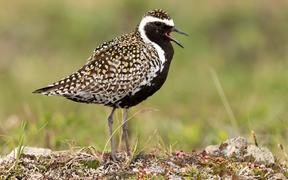 A satellite tracking programme is revealing, for the first time, where New Zealand's Pacific golden plovers or kuriri migrate to breed. Audio

Since he discovered a colony of fairy prions breeding on the sea cliffs of St Clair, Graeme Loh has provided artificial burrows and monitored the small seabird population Audio

Te Papa scientists examine specimens of prions to find out why 300,000 were beach-wrecked during a massive storm in 2011 Audio

Listen duration 13′ :07″
Add to playlistPlaylist
Download
Mystery of the Whalebirds

Spotted shags gather at a Golden Bay beach in large numbers at dawn to bathe, and to swallow and regurgitate stones Audio 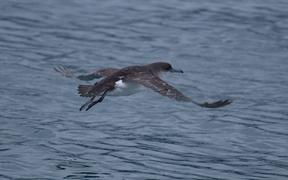 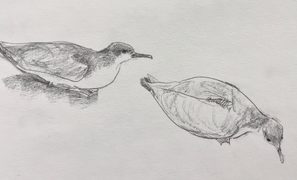 A team of seabird experts experience the joys and challenges of counting Buller's shearwaters on the predator-free Poor Knights Islands. Audio 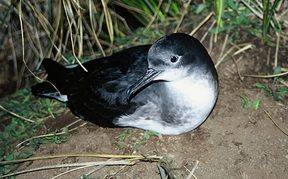 The first ground visit to the Hutton's shearwater breeding colony since the November 2017 Kaikōura earthquake shows damage not as bad as feared. Audio 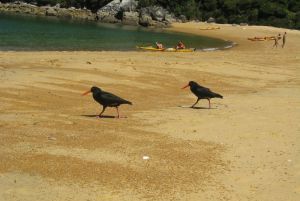 Some of the birds that feature in these stories