Alastair Judkins is a penguin hunter - and his secret weapon is a 'super nose', a dog called Mena. 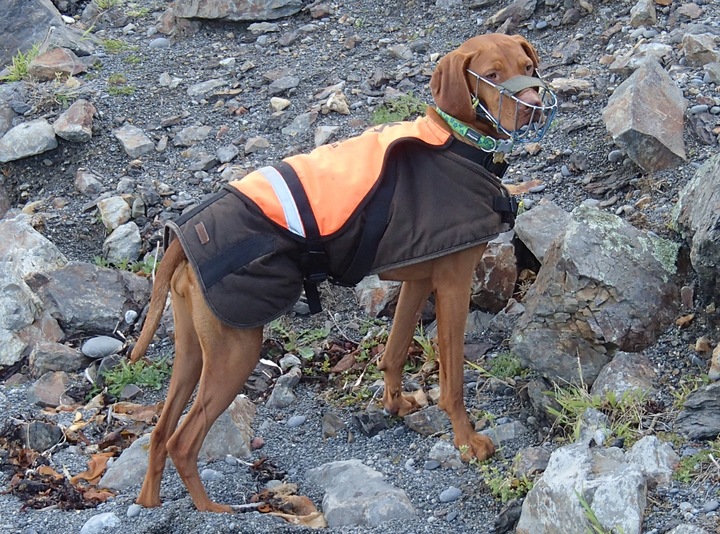 Judkins works for the Kaikōura Ocean Research Institute, and he and Mena work a lot with the little penguin colony on the Kaikōura Peninsula, which fortunately escaped damage during the magnitude 7.8 earthquake earlier this month. 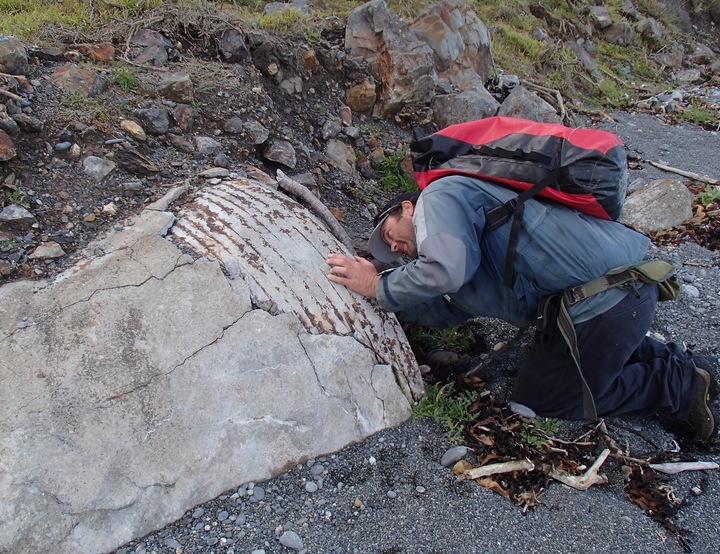 Alastair Judkins checks out a likely little penguin nest site at the back of the beach - but any bird was far out of reach. Photo: RNZ / Alison Ballance

Mena is a trained conservation dog, certified by the Department of Conservation, She is the only specialised penguin detector dog in New Zealand. 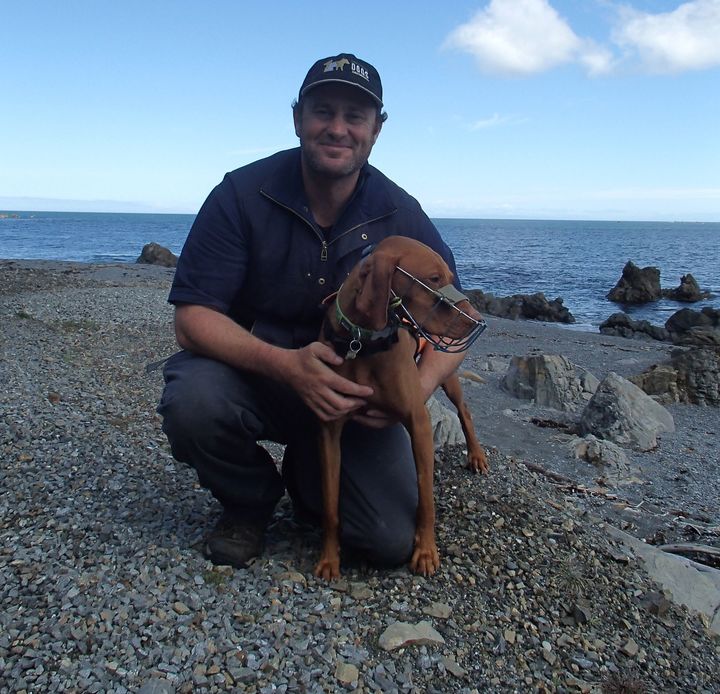 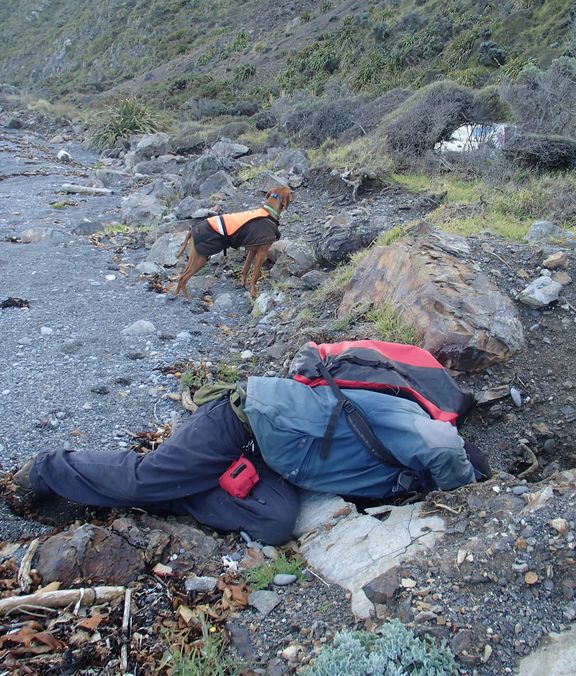 Alastair and Mena were brought to Wellington by Places for Penguins and Mike Rumble, who was funded by the Hutt City Council to search for little penguins along the eastern shores of Wellington Harbour.

Fifty six 'sites of interest' were detected between Seaview and Eastbourne, some of which were active penguin nests and others which showed signs of recent penguin activity.

No penguins were found along the exposed coast between Eastbourne and Pencarrow light house.

The rocky seawalls around the harbour and on Wellington's South Coast were unexpectedly popular penguin nesting sites, and Mena detected many more nests than expected. 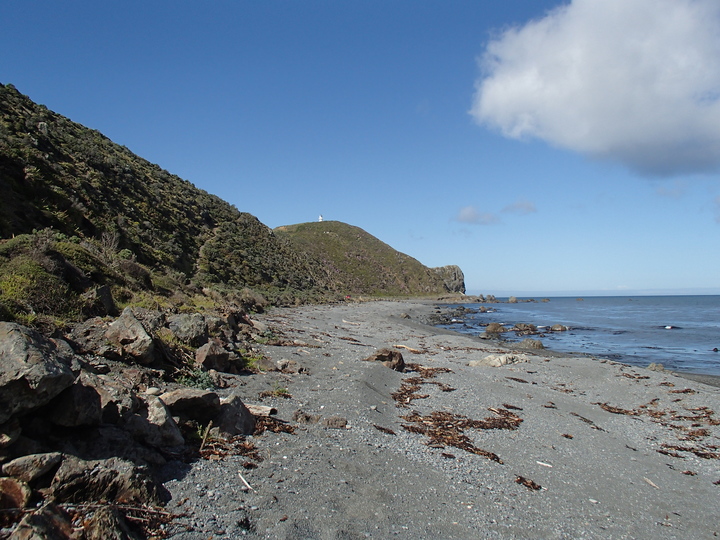 More stories on little penguins from Our Changing World:

Solving the penguin housing crisis - one home at a time