Tawaki – or Fiordland crested penguins – break many penguin rules. And unusually, they’re a good news story, for unlike most of their embattled penguin cousins, they are thriving in the dense forest of Milford Sound. 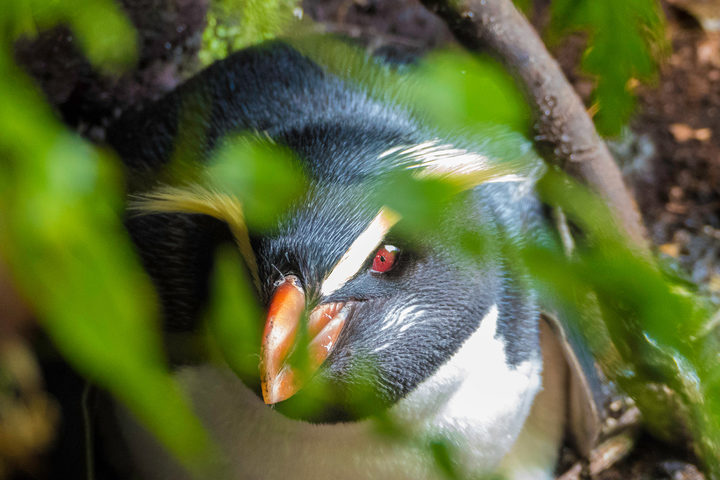 Subscribe to Our Changing World for free on iTunes, Spotify, Stitcher, RadioPublic, the RNZ App or wherever you listen to your podcasts.

Thomas Mattern and a team of researchers from the not-for-profit Tawaki Project have spent the last three years on their hands and knees in the wet forests of South Westland and Fiordland, braving sandflies and rain in search of New Zealand’s most elusive penguin. 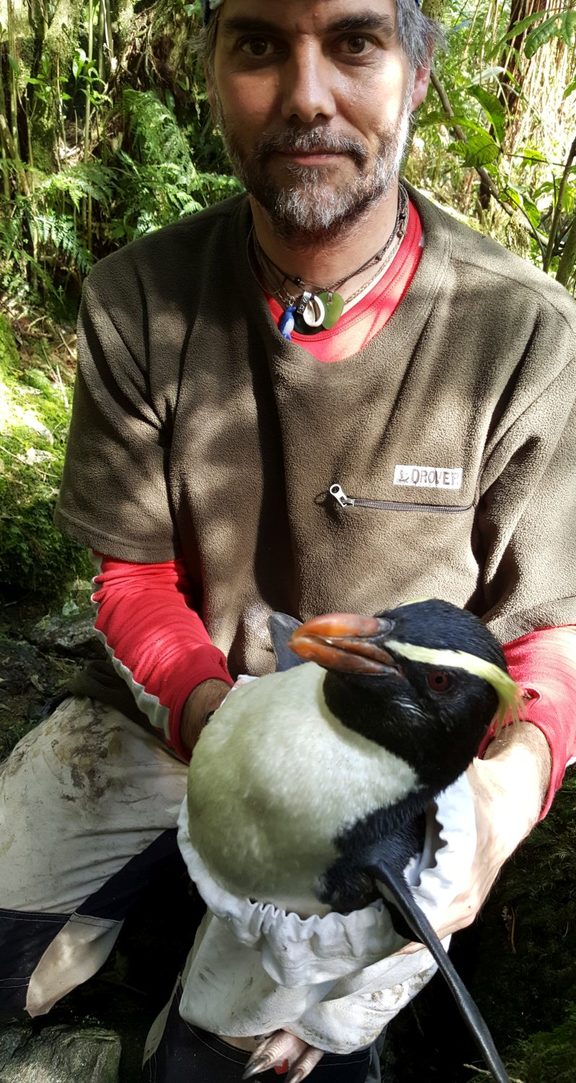 The researchers have been pecked and flippered by grumpy penguins, covered in penguin poo and scratched by thorny plants in their quest to unravel the biology of a shy bird that nests in deep crevices beneath large boulders.

“That’s what makes it so difficult to work with these birds,” says Thomas. “They’re so inaccessible … so secretive. Nothing like Emperor penguins or King penguins or any of these large colony birds that hang out in the open in their thousands. This penguin keeps to itself.”

Thomas is discovering is that tawaki don’t play by the rules, or at least the usual rules of being a crested penguin.

They also suggest that crested penguin parents can only find enough food to successfully raise a single hungry chick.

Nearly half of the nests at Milford Sound this year contained two chicks, although Thomas points out this is an exceptionally successful year for the Milford Sound birds and is not universal for all tawaki populations.

He says that tawaki at his other research site, at Jackson Head in South Westland, follow the more usual crested penguin pattern of raising a single chick. 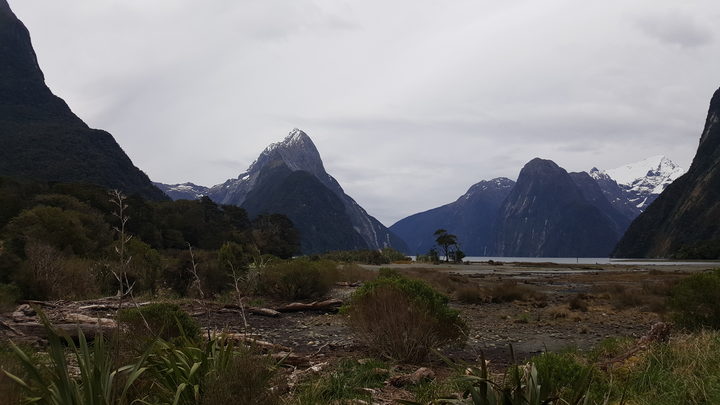 Thomas believes the reason tawaki can raise two chicks is that Milford Sound seems to be a rich source of food. The adults don’t have to travel far to find food, and Thomas reports he has seen penguins coming ashore after a fishing trip so full of food they can barely walk up the beach.

The Tawaki Project has been attaching GPS loggers to foraging penguins to see how far they have to travel to find food, and these show that almost all the Milford Sound penguins find the food they need within the fiord.

“This must be tawaki paradise,” says Thomas. 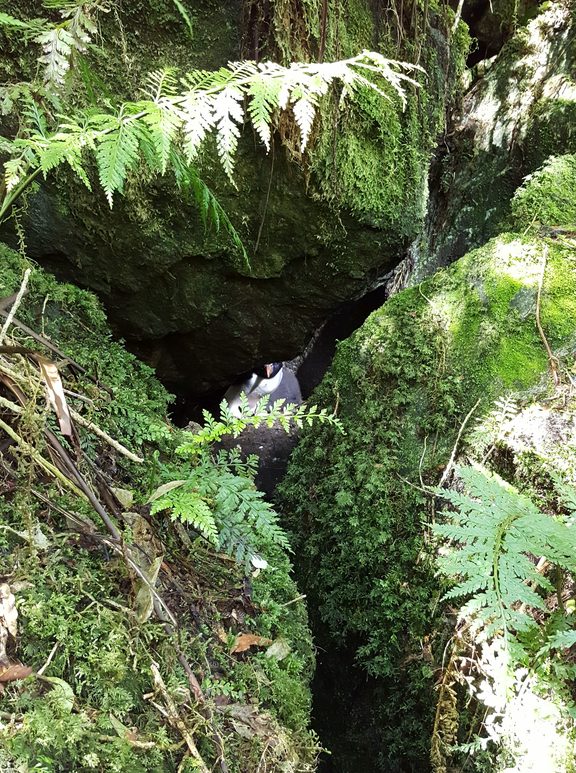 One typical tracked bird stayed within three kilometres of her nest in Harrison Cove during a foraging trip, and at times was just drifting at the water surface. Yet when she returned to feed her chicks she had a large load of 400 grams of fish in her stomach.

Tawaki often dive to about 20 metres deep, and the deepest recorded dive in Milford Sound is 80 metres.

Not such good news at Jackson Head

The situation in Milford Sound contrasts with penguins from Jackson Head, where females travel on average 20-50 kilometres a day, and dive 40-50 metres deep.

“If you ask me, they have to work a lot harder to find their food on the West Coast,” says Thomas.

Thomas is pleased to report that this year the Jackson Head tawaki are having a more successful breeding season. 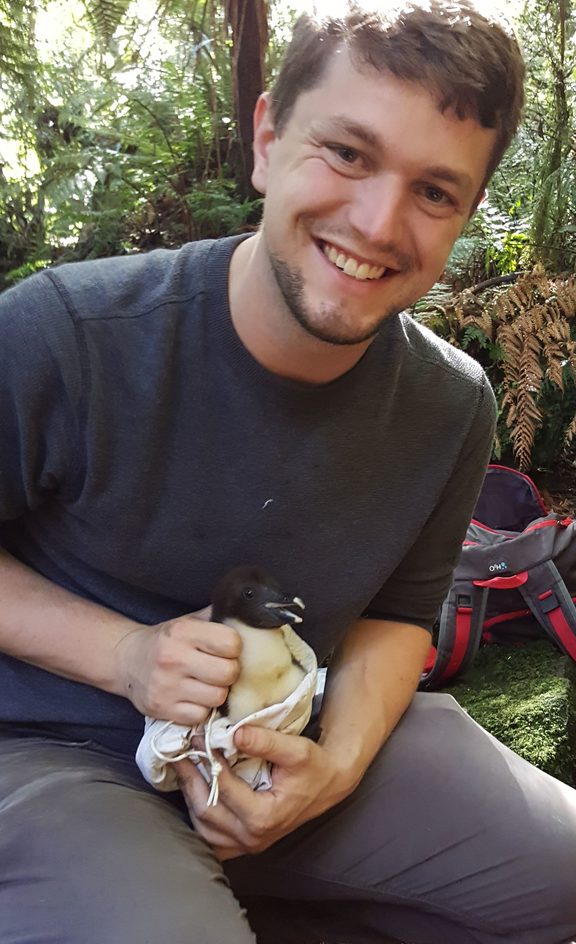 The Tawaki Project is interested to find out what tawaki do when they’re not ashore during the breeding season.

Last year, Thomas used satellite tags to track 20 West Coast tawaki for a few weeks in summer, after they finished rearing their chicks and before they returned ashore to begin their moult. “We found that tawaki – compared to all other crested penguins – travelled the greatest distance during the pre-moult period.”

He says this is even more surprising given they are one of the smallest crested penguins.

Thomas is now keen to discover where tawaki go in winter, during the non-breeding season, when they spend months foraging out at sea. He is attaching small GLS – GeoLocator System tracking devices  – to the leg bands of tawaki. These devices detect light and dark, which can be used to calculate a rough location, and they will be left on the bird for a whole year.

“This is the first time this kind of research is being done, and we have no idea where they go over the winter.”

The official population estimate for tawaki is 5-7000 birds, but Thomas suspects the real number is much higher. The accuracy of the estimate is hampered by the sheer difficulty of locating tawakai nests, but a recent search in Milford Sound bumped the number of known nests from just 9 to 150.

This is good news as it suggests that tawaki are maintaining a stronghold on mainland New Zealand despite the challenges. 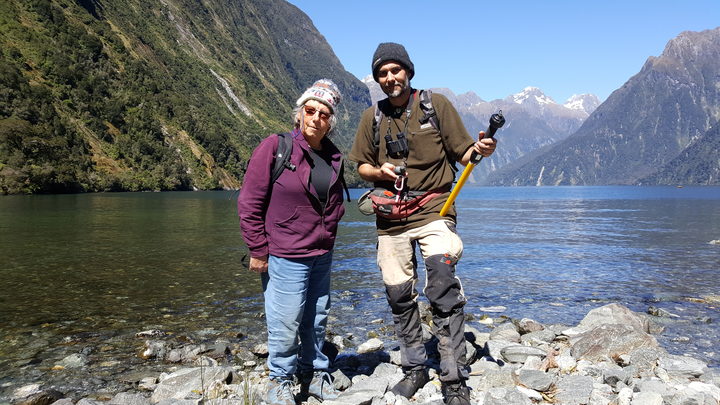 Other New Zealand penguins, however, aren’t faring so well.

Thomas also carries out research on hoiho or yellow-eyed penguins, and he and fellow scientists recently reported that the numbers of hoiho breeding on predator-free Whenua Hou or Codfish Island have crashed over the last three years.

A similar situation has been seen at hoiho breeding sites on the South Island’s east coast, causing Thomas to ask whether the species might become extinct on mainland New Zealand within the next couple of decades.

A new study of penguin deaths , which involved Tawaki Project researchers Ursula Ellenberg and Thomas Mattern, shows that significant numbers of New Zealand penguins are being killed in set nets, with one recent study estimating that set nets kill an average of 35 yellow-eyed penguins each year.

Tawaki Project research on tawaki and hoiho is supported by the Birds New Zealand Research Fund.