Haven - the story of a tropical seabird island

The tropical Seychelles islands in the Indian Ocean have a surprising and strong New Zealand connection. 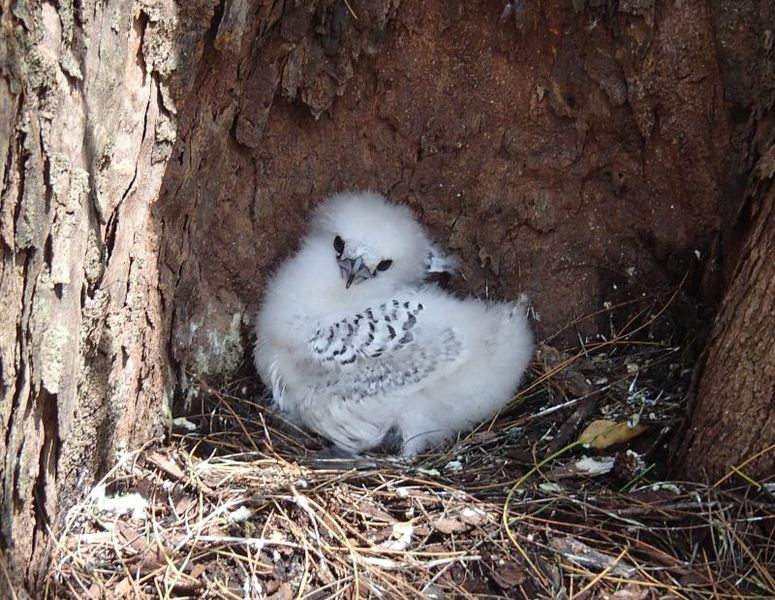 A white-tailed tropicbird chick, in a nest on the ground. Photo Alison Ballance

Cousin Island, in the Indian Ocean,has always been predator-free and is a haven for rare land birds and thousands of seabirds. Photo Alison Ballance 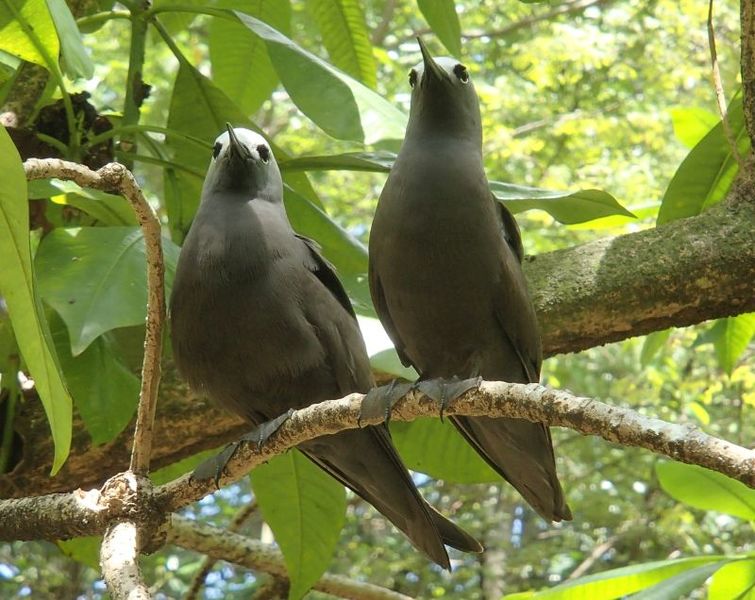 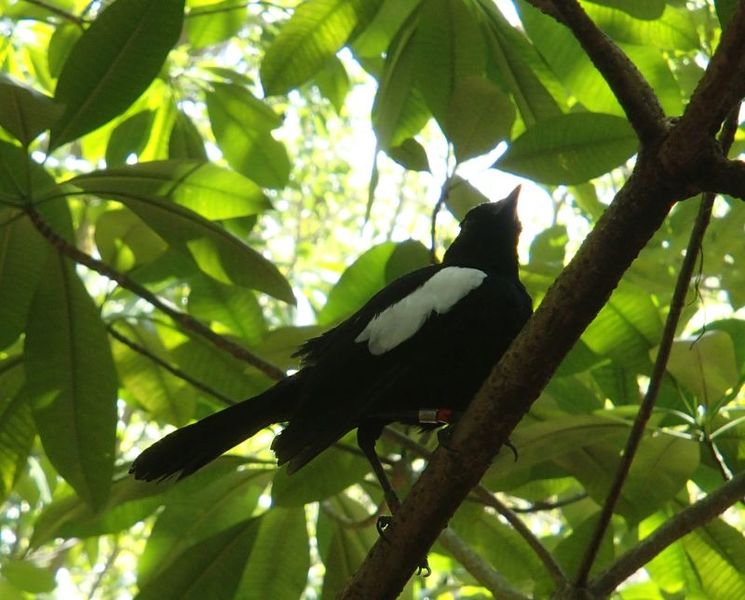 Seychelles magpie robins once numbered fewer than 20 birds on a single island, but are now thriving on five predator-free islands. Photo Alison Ballance 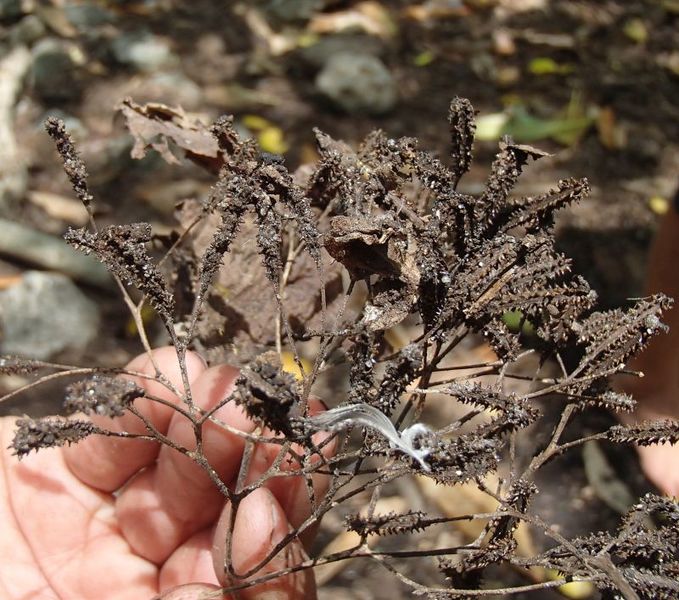 The seeds of the tropical Pisonia tree and barbed and sticky, designed to stick to bird feathers. If a bird becomes coated with seeds they are unable to fly, and die. Photo Alison Ballance 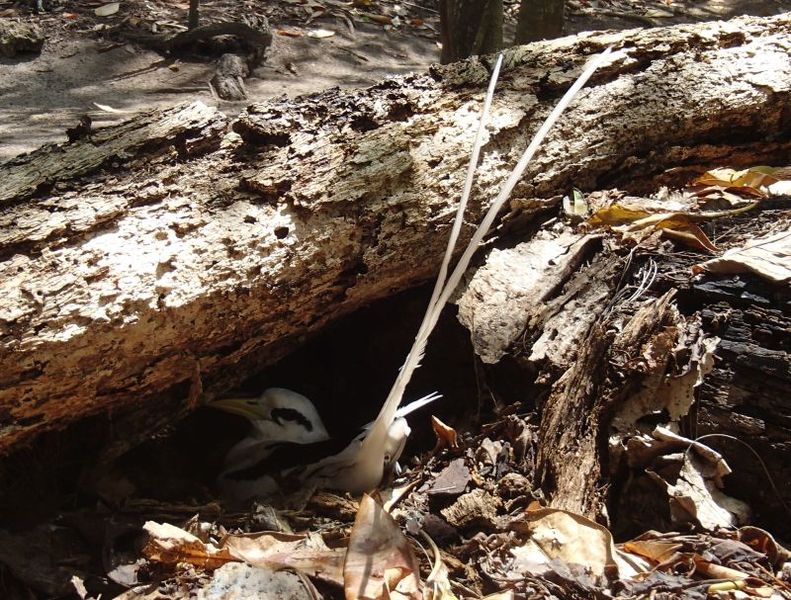 An adult white-tailed tropicbird. Their habit of nesting on the ground makes them very vulnerable to predators. Photo Alison Ballance 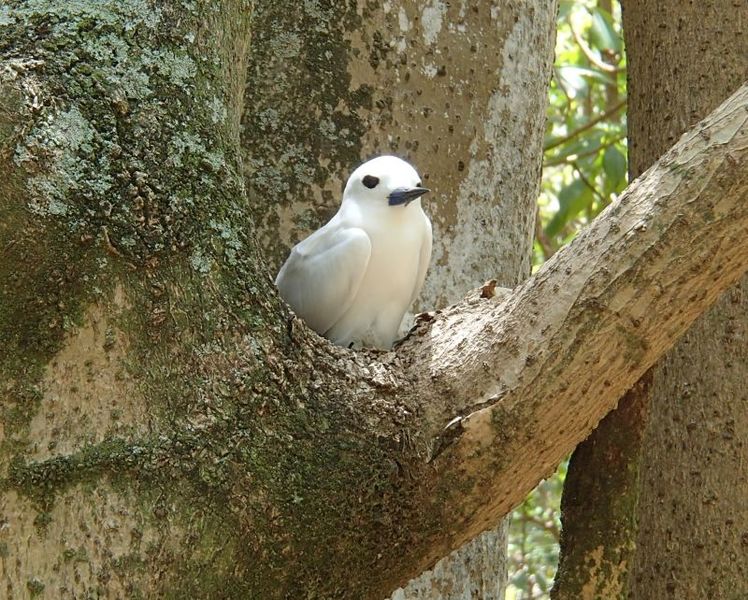 White terns are widespread in the tropics. They breed at the Kermadecs, in the New Zealand region. Photo Alison Ballance 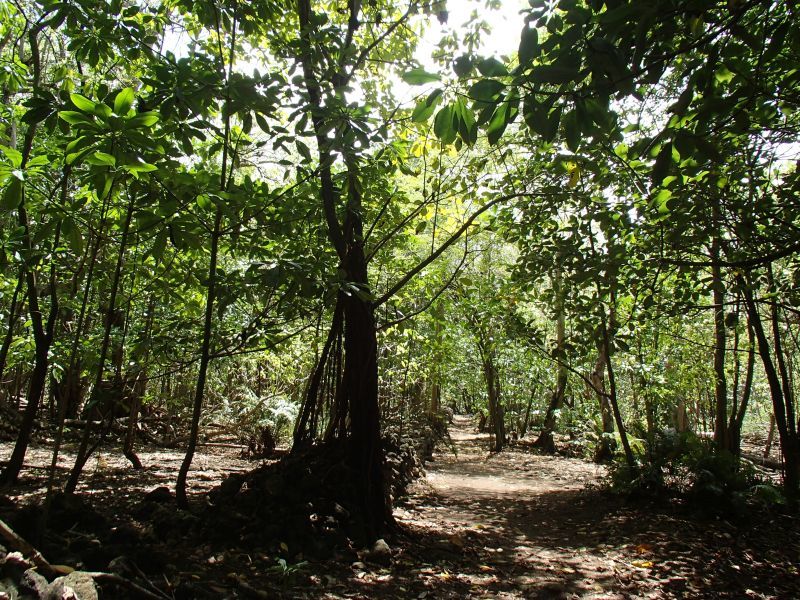 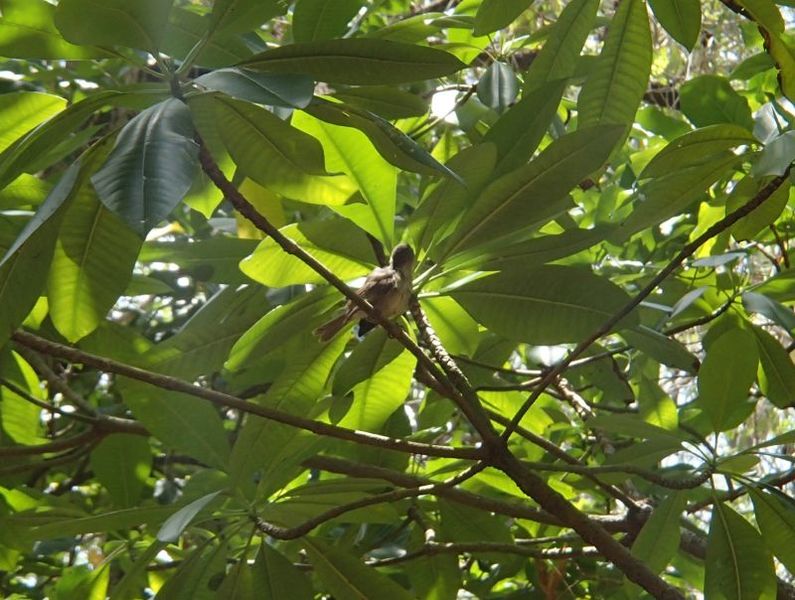 The Seychelles warbler once numbered fewer than 30 birds and was confined to Cousin Island. Photo Alison Ballance 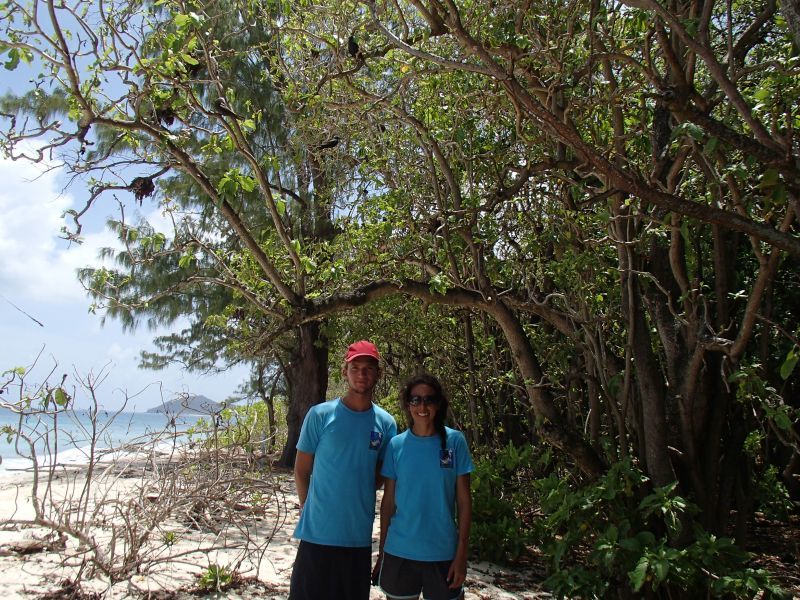 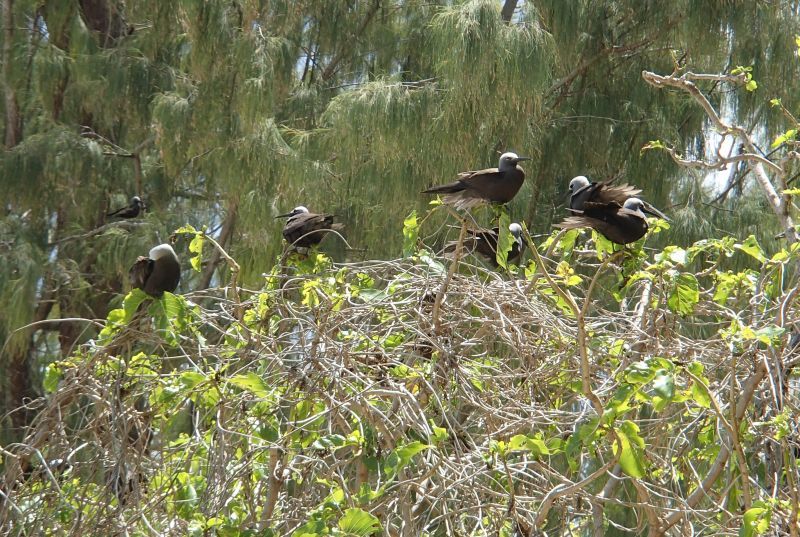 The link started with the late Don Merton, the wildlife officer who famously led the effort to rescue the Chatham Island black robin from extinction when there were just 5 birds left.

Merton's legacy in the Seychelles is a lasting one – conservationists there still speak warmly of the kiwi expert who came to help them.

In the latter part of his life, Merton realized that rare birds needed safe island homes – and creating those havens often meant getting rid of introduced predators such as rats and cats. He began carrying out island eradications in Mauritius and the Seychelles, often taking unpaid leave or using up his annual holidays to do the work.

He also advised on projects to conserve rare birds such as the Seychelles magpie robin. The magpie robin isn’t a relative of the New Zealand bush robin but it was facing some of the same problems – it had a very small population, the breeding rate was not high and it survived only on one island.  Merton was able to advise on ways to increase the breeding rate and success, and through his rat eradication efforts he helped create new safe island homes that the species could be moved to.

One of the islands that magpie robins were moved to was tiny Cousin Island, which – somewhat miraculously - has always been predator-free. Just 27 hectares in size the island is a low sandy atoll with a small plateau.

Cousin Island is owned and managed by Nature Seychelles.

“Cousin Island is an incredible success story, conservation-wise,” says island conservation manager Cheryl Sanchez. She says the island used to be a coconut plantation, before it was bought by Nature Seychelles to save the Seychelles warbler.

“Basically it’s referred to as the ‘bird that saved an island’,” says Cheryl.

The story of the warbler is similar to that of the magpie robin. Fewer than 20 birds survived in a small pocket of mangroves on the island, but since the coconut palms were cleared and the island has reverted to native forest the warblers have thrived and been translocated to new island homes. 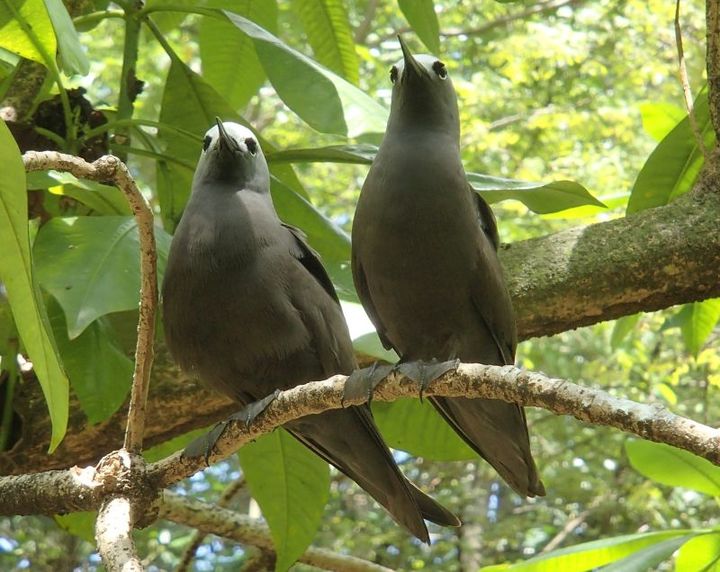 A pair of lesser noddies. These seabirds build their nests on high branches in trees on tropical islands. Photo: RNZ / Alison Ballance

The restored forest habitat attracted nesting seabirds such as white-tailed tropicbirds that nest on the ground, and large numbers of lesser noddies which nest in the tree tops. Today, as well as seven species of land birds and at least eight species of seabirds, the island has healthy invertebrate and reptile populations, as well as Aldabra giant tortoises which are the ecosystem’s large herbivores. Sanchez says that the magpie robins often follow the giant tortoises, feeding on the insects that are disturbed as the tortoise feeds.Sea turtles nest on the sandy beaches.

Cousin Island, in the Seychelles, is a small predator-free nature reserve, home to many rare species of land and sea birds. Photo: RNZ / Alison Ballance