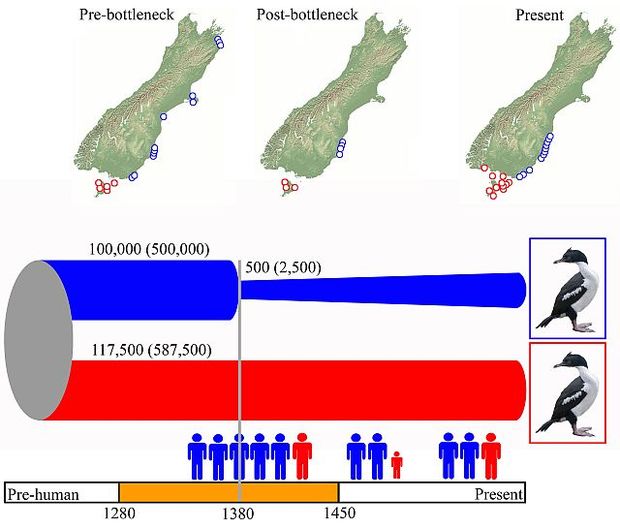 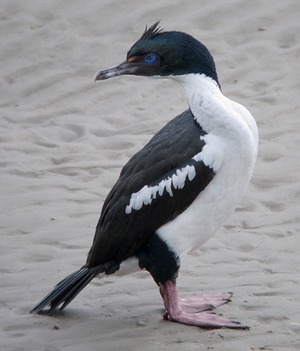 Stewart Island shags living in Otago were hunted almost to extinction by early Maori, and have never fully recovered. Their cousins at Stewart Island, however, got off lightly, with little hunting pressure and have been able to maintain a strong , genetically diverse population. Jon Waters and Nic Rawlence have a new paper out in the journal Molecular Ecology that confirms that human hunting, rather than climate change, was the cause of declines and extinctions amongst New Zealand’s mega fauna, and highlights the different trajectories that Stewart Island shag populations went through in different regions.

This builds on previous work which showed that previously unknown mainland species of sea lions and yellow-eyed penguins were hunted to extinction on mainland New Zealand within several hundred years of Maori settlement. These extinct populations were later replaced by species colonising from the subantarctic.

The team used modern and ancient DNA to complement archaeological evidence gathered from Maori middens, and say that it highlights the importance of looking for regional differences in time and space when investigating the impacts of human hunting on animal species.

Jon Waters has featured previously on Our Changing World with Catherine Collins talking about the extinction of a previously unrecognised species of sealion, caused by Maori hunting on mainland New Zealand.

Nic Rawlence has previously featured on the show, along with archaeologist Ian Smith, talking about the prehistory of Waitaha and yellow-eyed penguins. 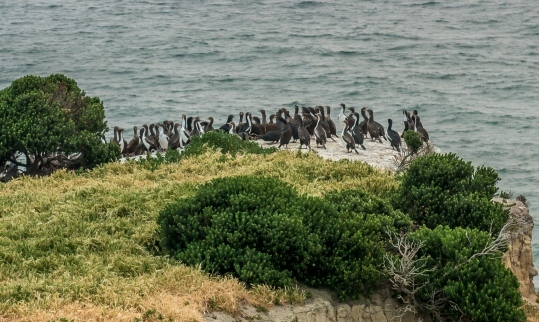