The devastating Kaikōura earthquake in November 2017 had - and continues to have - a big impact on the lives of Marlborough residents.

But despite concerns at the time, it seems that most of the local wildlife - from seals to whales - came through pretty much unscathed.

The big question has been how the Hutton’s shearwaters got on.

It’s taken more than a year to get the first on-the-ground reports from the breeding colony, but we’re pleased to announce that it’s good news.

About 20-30% of the breeding burrows have been destroyed, which is better than biologists feared, and there is lots of bird activity in the colony which bodes well for its recovery. 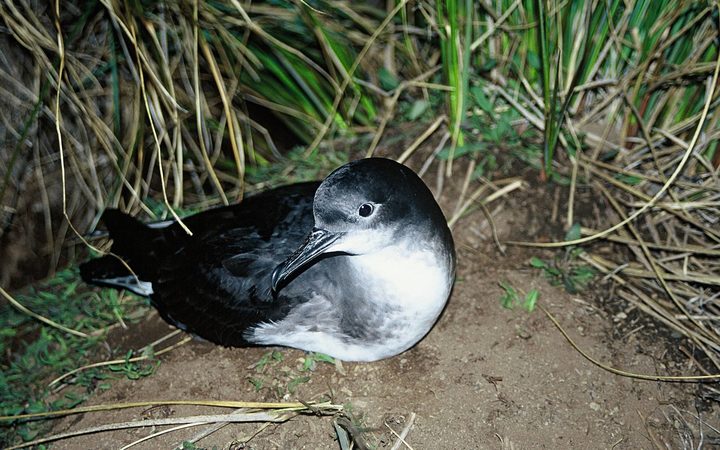 Hutton’s shearwaters are small seabirds that breed only in the Seaward Kaikōura Ranges. They breed at two sites about 8 kilometres inland – Kowhai Stream and Shearwater Stream - at altitudes between 1200-1800 metres.

They make burrows in loose soil amongst tussocks, where they spend nearly six months raising their chicks.

Richard Cuthbert is a biologist who did his PhD research on Hutton’s shearwaters – and after 3 years working in the Kowhai River colony in the mid-1990s, he knows the birds and the area better than anyone.

He says they’re a hard bird to count, but before the earthquake the shearwater population was thought to number about 100,000 breeding pairs in the Kowhai Stream colony, and about 10,000 in Shearwater Stream colony, located on Puhi Peaks Station.

Recently a very small colony has also been established on the Kaikōura Peninsula. This colony is protected by a predator-proof fence, and twenty five eggs are currently being incubated. 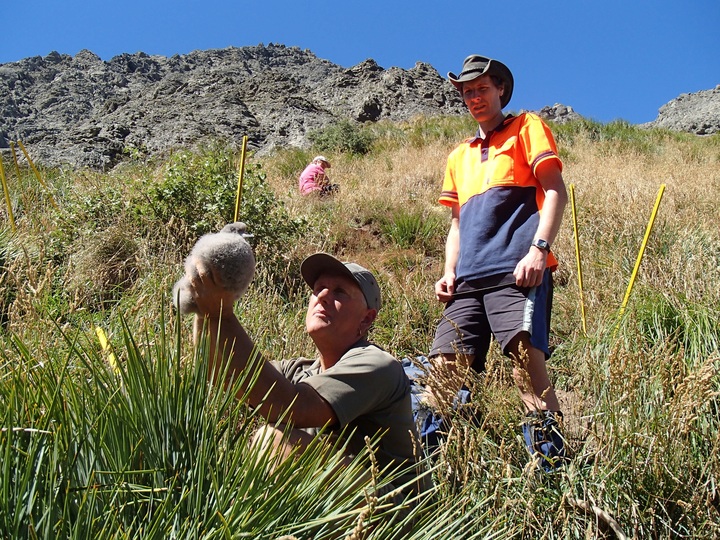 Working in the main Hutton's shearwater colony in the Kowhai Valley, before the Kaikoura earthquake. Photo: RNZ / Alison Ballance

Kowhai Stream and Shearwater Stream are remote and rugged. The ground is very steep, and covered in unstable scree slopes and loose rock.

There were massive rock slides and avalanches throughout the Kaikoura ranges as a result of the earthquake.

Everyone feared the worst for the shearwaters, which were in the middle of their breeding season. An aerial survey showed that 10% of the colony had been wiped out in a single enormous rock slide, and there was concern that many burrows may have collapsed, killing the birds inside.

After a week of surveying, the team says 20-30% of the breeding burrows have been destroyed, but it found lots of birds incubating eggs, and many young birds were beginning to excavate new burrows.

Richard says he was very relieved, as it could have been a lot worse – “which is actually good news.”

Richard says they have only been able to check Shearwater Stream from the air as it’s not safe to land and walk around – but from what they can see burrow numbers there have also dropped by 20-30%. 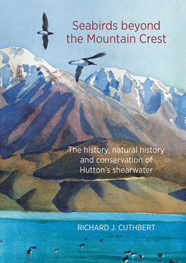 And some more good news – access to Kowhai Stream hasn’t changed, so it is still off-limit to pigs, which have wiped out many Hutton’s shearwater colonies.

You can listen to a podcast about a field trip into the Hutton’s shearwater colony from the Our Changing World archive.