A group of Māori technology business owners have headed to the US to explore the North American market. 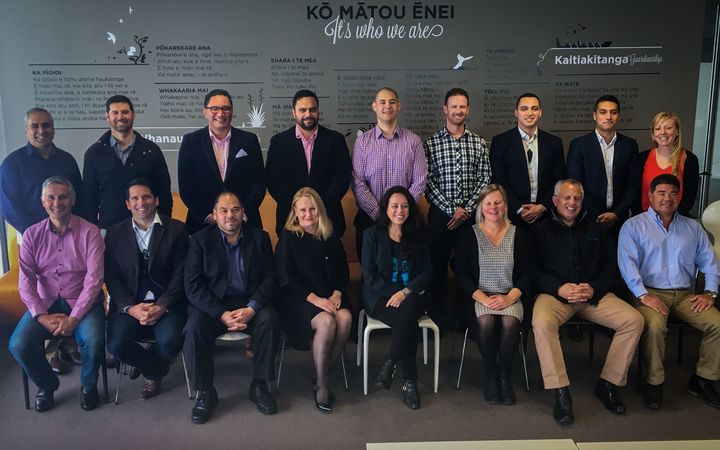 The group of Māori investors and tech company owners who are travelling to the US. Photo: Supplied

Eight business owners and five investors left on Sunday on a trip supported by New Zealand Trade and Enterprise.

The trip was focused on Māori-owned technology companies at various stages of operating in the US market.

The trip started in San Francisco and will travel on to Chicago and New York, with the group meeting staff from companies like Google and IBM, as well as catching up with the All Blacks in Chicago.

New Zealand Trade and Enterprise spokesperson Tina Wilson said the trip was initiated by the business owners themselves, who wanted to explore the US market.

"The impetus for the tour is that over the last two years we've seen the emergence of quite a few Māori tech companies and the sophistication of what they're offering and who we're working with. They were screaming out and a lot of them are already operating in markets up in the US at the moment.

"This is about giving them some real backbone strength to take it to that next step for them."

Kaitaia doctor Lance O'Sullivan joined the trip to look at whether his company Navilluso had an American market.

The company used digital technology like iPads to diagnose patients in remote locations. He said technology offered ways to improve Māori health outcomes beyond what medical knowledge alone could achieve.

"I think I've got most of the clinical skills I need to do the job. I'm realising that learning more about clinical medicine is not going to make much of a difference. It's about using innovative approaches. That's why I'm excited about being part of this trade mission, it's actually being a health technology innovator."

Grant Straker's company Straker Translations has been operating for some time in the US. The language translation company had bases on the East and West Coasts and he said it was important for start-ups to find their niche.

"Our way of selling is that we're very specific with the customers we're targeting. While it's a huge market we don't get trapped into trying to be all things to everybody. We have customers right across continental USA but they're very specific to the type of customer that we want."

Bailey Mackey runs Pango Technologies, that has developed Kaha Software. The software was designed for television and film production houses to help them keep track of budgets and expenses.

He said he expected to learn as much from the other delegates on the trip as the trip itself.

"It can be incredibly lonely on the road and tough. But I think that's one of the advantages of this type of excursion, you get to share it with other Māori. There's those things that are implicitly Māori like humour and kinship and we're an incredibly resourceful lot. I enjoy that part."

Ms Wilson said the trip would also be important for Māori investors who were looking to diversify their investments and provide employment for iwi members.

"They've got really long-term, intergenerational requirements in their investment objectives. This is allowing them to consider whether tech is something they're interested in being part of and bringing into their fold. It's predominantly been a high risk, or perceived to be high risk. The trajectory of where Māori investment has taken place, it's a little bit more on the conservative end. We're starting to see a lot more confidence into how to invest a bit more of an accelerate approach."