The final report from a five-year audit of Māori education says progress is still too slow in improving results for Māori students. 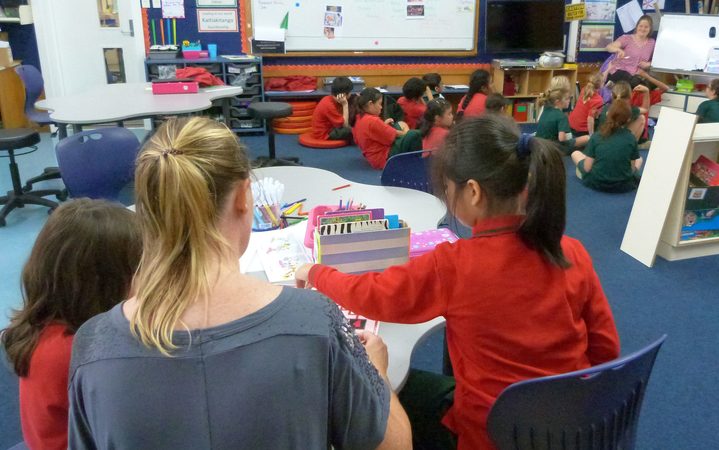 The report criticised the Ka Hikitia policy, which is aimed at improving results for Māori students. Photo: RNZ / John Gerritsen

In the report's introduction, the Auditor General Lyn Provost said too many Māori children were leaving school without qualifications.

The report goes on to criticise the implementation of the government's Ka Hikitia policy, aimed at improving results for Māori students.

The Ka Hikitia policy was a five-year strategy to improve Māori educational achievement that was re-launched in 2013, after initially being implemented in 2008.

The report's author, James Swindalls, said the Ka Hikitia policy was launched at the same time as other significant policies, such as National Standards, and many schools were unsure where to put their focus.

"It was released among at least four or five other major interventions and policies.

"There's this competition for attention and time and space. So that muddied the waters I think for their perception about what priority to give it, and how to relate it to other things that they were being asked to do."

Mr Swindalls said while teachers found the ideals in the policy worthwhile, the details on how to achieve them were lacking.

"Planning and support to roll out the strategy hadn't been that well thought through.

"I think the Ministry had assumed that it was full of good ideas, it was well researched, that if they just put that back in the hands of the sector the sector would know what to do with it.

"Some did, but many didn't. You've given us a great idea but how do we make this thing real? How do we turn the good ideas into work and actions that we as teachers and principals can actually perform?"

"I think that's a running theme when you go back through the Auditor General's reports on this issue over the last few years. They go, fabulous idea, where's the implementation plan, where's the professional development, and the time, the resourcing, to do this."

Ms Roberts said Ka Hikitia was a great policy, but it needed to be resourced properly.

"What we're hearing from schools is that they just don't have the time to do all the stuff that everyone says is critical and a priority.

"It isn't just initiatives, there's legislation - again, really important stuff, health and safety, the Vulnerable Children's Act has put even more tasks on to schools. Critical stuff but what is it that we no longer need to do."

New Zealand Education Institute spokesperson Merearihi Whatuira said the report highlighted problems they had been aware of for a long time.

"Ka Hikitia is an example of a major policy that has not been adequately resourced to allow schools the time to engage fully with the programme, or sustain it long term. We've been inundated with initiative after initiative - there is so much to respond to and so little time to do it."

"We aren't given the resources to bed down the policies and practices that are making a difference to our tamariki and their learning. Ka Hikitia has so much promise but we agree with the report that a more coherent set of initiatives would probably result in better outcomes for Māori students - if they are properly resourced long-term."

"The problem is symptomatic of an education system that is underfunded in every area, especially for children with additional learning needs."

Education minister Hekia Parata said she acknowledged there was still a long way to go in improving Māori education.

"We can all do better and that is my consistent message to the education system. So I would not like this report to suggest there's been no progress or little progress. There has been significant progress but it's been from a low base and that low base has been in place for some time."