A new generation of te reo Māori speakers are attending a wānanga reo for taiohi (youth). 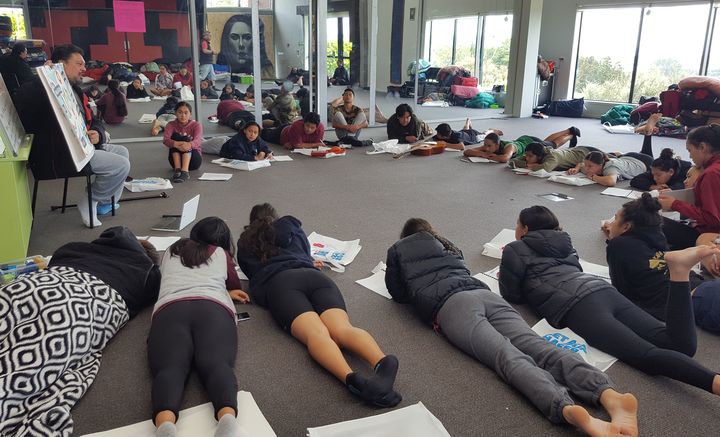 About 50 teenagers from a dozen schools around Auckland are spending a week of their holiday at Te Kura Kaupapa Māori o Kotuku in Rānui, West Auckland.

And while normalising te reo Māori is one goal, organisers are also targeting the young people as the decision-makers of the next generation.

Today the students were reciting a prayer but without the consonants, producing a sound much like other Pacific languages.

Mr Aperahama said he believed te reo Māori without consonants was the basis of most Polynesian languages, and was also good for getting the mouth around Māori vowels.

Tira Kahurangi Leef began her reo Māori journey at home with her kuia, then at kōhanga reo and kura kaupapa, and she was now in Year 10 at Te Wharekura o Te Raki Paewhenua.

She was at the wānanga reo for a refresher on Te Reo and tikanga but also to learn about her future options.

"I learnt about careers, one of my goals is to go to the Olympics in taekwondo," she said.

After that, she was thinking of a career in teaching.

And she told RNZ if she did not speak Māori she would feel lost.

Mr Aperahama, or Pāpā Ruia as he was known there, used lots of music and hand games to engage all the senses. 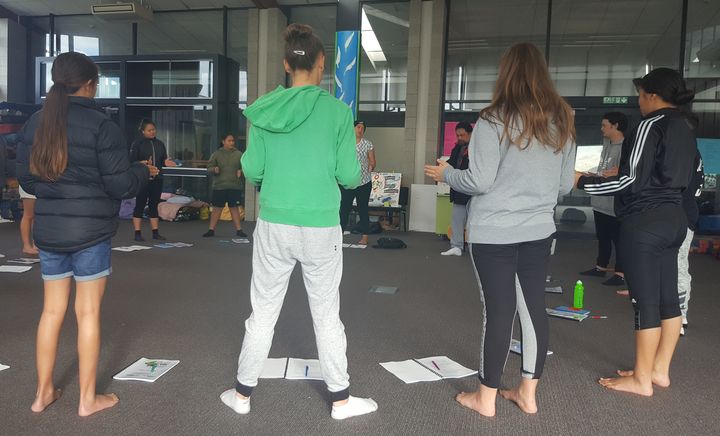 With just 50,000 confident Māori speakers in Aotearoa, it could be a lonely road, and organiser Jeanine Tamati-Elliffe said she saw a gap to provide Te Reo for young people. 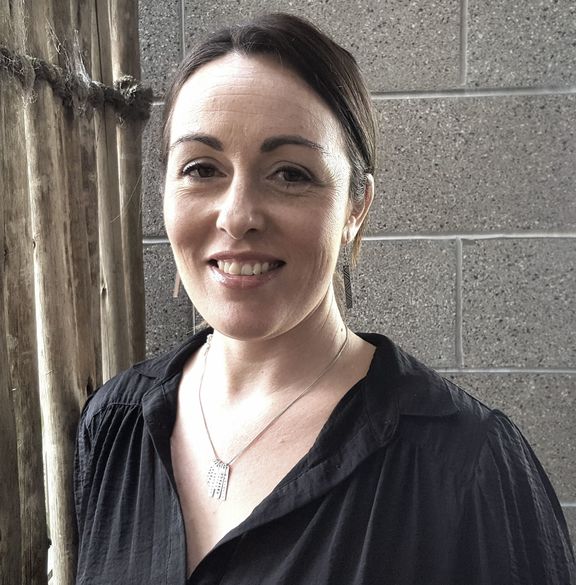 "It has to be a living language in the community, not just a [kura] school language, and that's the biggest challenge, so here we're working with the future parents of tomorrow."

Ms Tamati-Elliffe, of Ngāi Tahu and Te Atiawa, said as a te reo Māori learner herself she understood picking up a second language did not come easily.

"It's the hardest thing to do. You're so vulnerable you're putting yourself out there.

"They need to feel supported here you know that they can see themselves reflected in the kids around them too," she said.

And with strong messages from their teachers, anything was possible.

Pāpā Ruia finished off the morning session with a waiata. The groups sang: "I am a warrior, a survivor. He Mōrehu ahau." 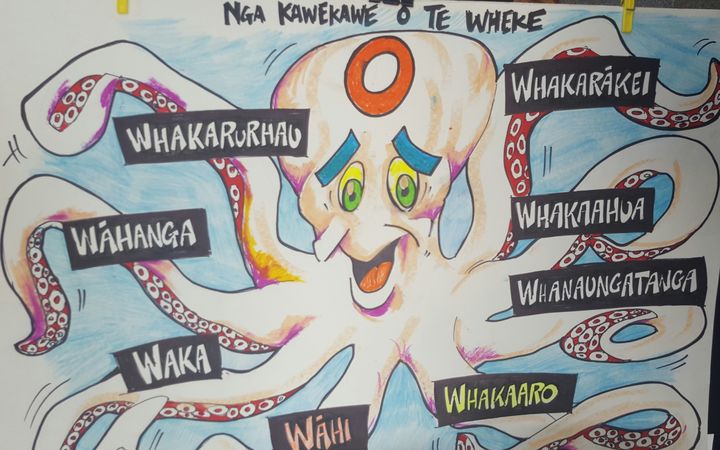