If you run into someone this month who will only speak in te reo, it's likely they're participating in Mahuru Māori.

Māori language advocate Paraone Gloyne started the movement that sees participants speak only in te reo during September (Mahuru). This is his third year and he now has company - a number of others have joined him after word spread on social media. 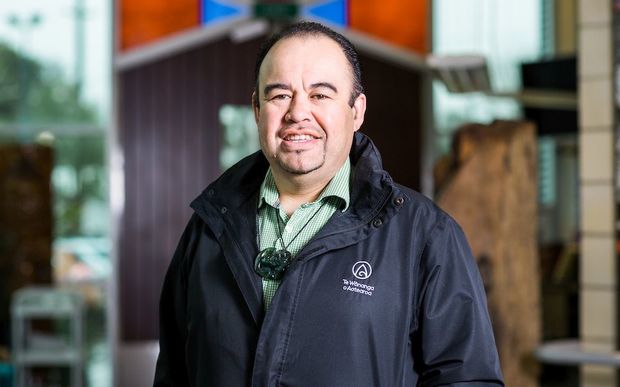 Mr Gloyne, who works at Te Wānanga o Aotearoa in Te Awamutu, got the idea from campaigns such as Dry July and Movember and decided he would like to apply the idea to speaking Māori.

"It grew to be a social experiment to see how people would react to te reo Māori and interact with te reo in domains that aren't te reo domain. So out in the supermarket shopping, to get a gauge and normalise te reo Māori."

He says it had created some interesting interactions as he tried to make himself understood to people who did not speak Māori.

"You go into McDonalds you actually point at the things you want. Ordering in restaurants, those are challenges but again you can point to what you want on the menu.

"I had a government office ringing me last year. They rang me twice and I only spoke Māori. They must have really wanted to communicate with me because the third time they had a te reo speaker on the line."

"Some places I've spoken Māori and people have hopped on because they're te reo speakers too and they don't necessarily know that there's other te reo speakers in the room. That's brought to light another issue, because you don't know who can speak Māori and who can't.

"My generation and down, there's a more positive attitude towards using te reo and incorporating the reo. It's been a bit more of challenging with the older age groups, say 50-up."

Māori Party co-leader Te Ururoa Flavell said it would be difficult to speak Māori exclusively in his position because of the large number of interactions with those who did not speak te reo. But in his offices there were places where staff only spoke Māori.

"It's hard in the heat of the day and the moment to maintain that. But I think it's a great initiative and where we can it's another prompt for us to utilise the reo that we have. It's a little bit hard in the business I'm in. My family, we're all speakers of Māori and we speak it at home. It's part of the norm for us."

He said while the profile of te reo enjoyed a lift during Māori Language Week, its use should not be limited to a time slot, whether it was a week or a month.

"The strange thing I noticed in Māori Language Week was they put up the signs around parliament saying nau mau, haere mai, welcome to parliament. Which was great. But they quickly came down afterwards which I think is a shame."

Māori Language Commission chief executive Ngahiwi Apanui said even in a role like his, that was about promoting te reo, it would be difficult to do his job speaking only Māori. 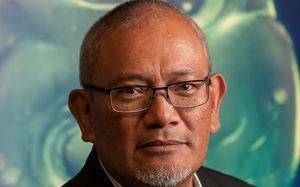 "It would be something really interesting to do in my position to highlight the difficulties of being Māori speaking only in a role like mine."

Mr Apanui said those coming through kohanga reo and kura kaupapa should be able to express themselves in Māori, even if they could speak English.

"Whether you speak English or not you should be able to learn and succeed and express yourself as a Māori person and use your culture exclusively. At the moment we don't have the mechanism in place, generally, to allow that to happen."