Children must be exposed to te reo Māori outside the home if it is to become their preferred language, a Māori language specialist says.

For three years Victoria University of Wellington researcher, Maraea Hunia, monitored the language acquisition of her baby granddaughter who was brought up surrounded by te reo and another child whose mother was the only one who spoke to her in the language. 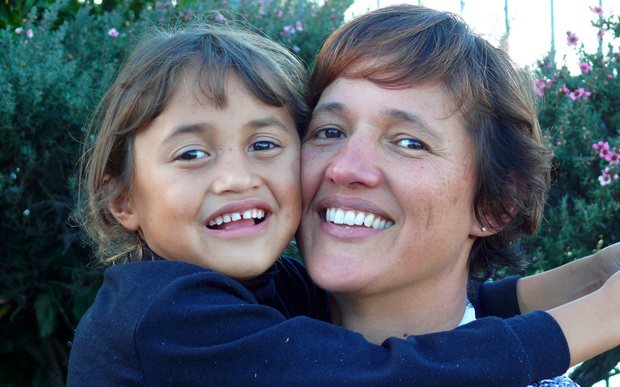 The second child preferred to speak in English.

Dr Hunia said a child's chosen spoken language was decided by more than just the language their parents used.

"There are several key things I've uncovered in my research. One of them is the importance of not just having one parent speaking te reo Maori at home, but the importance of whanau and community in feeding into the language environment around the child."

"Both the children in my study were learning English and Māori, but they used the language that reflected their linguistic environment. That was the language that they chose to actually speak when they began speaking about age one."

Dr Hunia monitored her grandaughter, Puhi, who was raised among a large extended family in Ōtaki.

"Because my grandaughter's environment was rich with the values that went with te reo Māori, these also fed into her language acquisition.

"For the other child who lived in urban Wellington her family, apart from her mother who spoke to her in te reo, the environment was reflected in the first language that she spoke the most of."

But Dr Hunia said it was not inevitable that the language the children chose to use less of would suffer.

"As long as the other language was being used around them, they'll pick it up".

"Don't be concerned for the child's English language development because English is so prevalent in our wider community, our wider society, they're going to be motivated to learn it."

She said in her grandaughter Puhi's case English was prevalent enough in the community for her language in English to keep pace with the acquisition of a child who had only heard that one language..

"But because Māori was the language that was more important in her family and in her community, from her perspective that was the one she used."