Parents are open to Māori language being a core subject in primary schools, a survey suggests, though at present most students are not being taught the language. 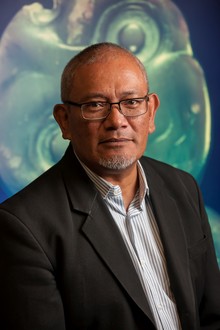 However, Ministry of Education figures show nearly 80 percent of school students are not enrolled in Māori language learning beyond basic greetings.

Under the New Zealand curriculum students must be provided an opportunity to learn Māori language and culture, and it is up to schools to decide how this is implemented.

"Every child in Aoteoroa New Zealand has the right to learn te reo Māori. Not just Māori children, every child. I think the conditions are becoming right now for all schools to start asking for Māori as a subject in their classrooms."

Mr Apanui said if Maori was made a core subject it would take at least five years to implement it.

"It takes a while to change the mechanism. It would still take five to seven years to put in the kind of professional development for teachers that would be required."

Lisa Rodgers of the Ministry of Education said parents of all ethnicities were increasingly supportive of Māori language learning, but a shortage of Māori teachers makes it difficult to increase how much can be offered in classrooms.

"We've got more students learning the language than we've ever had. The bottom line is, we need more Māori teachers. It's going to take us while to get those teachers on board. They're in high demand so when we get them into schools, often we see them move quite a lot because there are so many opportunities for them."

NZEI president Louise Green said the teachers' union supported Māori being a compulsory subject at primary level, and it was encouraging that parents were open to that.

"It's not just parents' attitudes that are changing. Teachers want to be able to do more in this area as well. But it's about building our capability.

Ms Green says if Māori was made compulsory there was a risk that the small pool of Māori language teachers available would be further diluted.

"We know there's a shortage even in the kura, in Māori-medium. What we don't want is to pull fluent te reo Māori speakers out of our Māori-medium to mainstream. We don't want any policy that draws them away from where they currently are and where they need to be. We need to build on that."

"We've done a report with the Ministry (of Education) and the School Trustees Association looking into the supply of teachers in the secondary system. Across the country, time and time again, the issue around recruiting te reo teachers and actually retaining them has been raised as an issue."

Ms Roberts said the government would have to provide more resources for compulsory Māori language in schools to be viable.