Māori technology leaders hope the first ever hui for young Māori interested in careers in IT will change old-fashioned ideas about the technology sector. 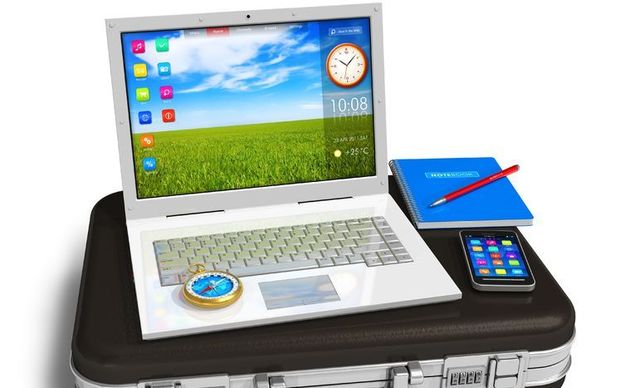 A recent report on Māori and information technology revealed just 1 percent of those studying technology in tertiary education are Māori.

The report, Māori me te ao hangarau, found Māori access to mobile phones was on par with, or above, the national average - however Māori were barely participating in the industry with just 2.5 percent of Māori working in the technology sector.

"The tech sector is predominately white middle-age male and it has been for years - it's not just a Māori, Pasifika thing, we see it the same with female [representation], so the make-up doesn't look that great from the outside. We've just got to do a better job about telling our story."

The government has committed more than $50 million over four years towards Māori trades training but nothing specifically to Māori technology-trade training and Ian Taylor said it was a missed opportunity.

He said his vision was that young Māori would start taking up high-paid tech jobs in the sector.

"Our young Māori are in the IT side of tourism developing the 360 VR tourism attraction, or developing the apps, or they move in that area - not working as part-time waiters in the hotels we own."

"If you are a creative individual, you have high-speed internet connection and you've been exposed to the opportunity and given some skills, you could easily set up in Ruatoria and provide skills such as providing code, or testing products. There are just so many things and you don't have to physically be there."

He said another advantage was that the internet did not discriminate.

He said it was time for iwi to refocus their lens.

"I look at this so-called Māori economic engine that's meant to be worth $40 billion, well what are you doing with it," he said.

Computer graphics company Animation Research's founder Ian Taylor said the lack of Māori engagement in ICT was disappointing, as in his experience when Māori got their hands on technology they adapted very quickly.

"I believe that Steve Jobs, he didn't realise it - but he designed the iPad for young Māori. It wasn't in our DNA to use paper and pen, never has been. We use our hands, we carve, we tell stories. We're great storytellers and technology has allowed us to engage in that way."

He said no one should miss out on technology.

"A lot of our kids [are] at low-decile schools where they really struggle," he said.

"Nicholas Ponte - a famous futurist - he likens the internet and technology to a human right and he talks about that in the case of poor countries, and with poor kids it is even more the case. It is absolutely a human right and we are denying our young Māori people that right."

Mr Taylor said he was not taught the stories of the great Māori migrators at school but now realised his early ancestors were some of the greatest thinkers in our history.

"It was our ancestors who sailed across Te Moana-nui-a-kiwa in these waka - they must have been the greatest designers, engineers. We know they were tremendous navigators, astronomers.

Then they arrived in this country that was nothing like the one they'd left. What must you have done to survive, you must have been an amazing innovator."

Māori often joke there are too many hui and not enough do-ey, but Sam Chapman - chair of High Tech Youth, the company running the hui - said that was a good thing.

He had high hopes the hui which would encourage young Māori to start combining Māori traditions with technology.

"That's our strength - our capacity to work together, to collaborate together, apply that to a global marketplace and use ICT to do that. We don't have to get together and cover all the costs of travel and that - to have a hui we can do that online anywhere in the world, so ICT becomes an advantage to us."

Mr Chapman moved from Auckland to Tūrangi a few years ago. He said if Māori, who were frequent internet users, transferred traditions of whanaungatanga, or connecting, from a physical custom to an online one the world would be their oyster.

In some cases, the world could quite literally be buying their oysters.

"There are people in China ordering kai from NZ - if they want kina or paua they can order that online and get it to their party that they're going to have next week, fresh. It's that kind of market that is out there, and it's [about] how do we as Māori hop on board that market."