Todd Muller has resigned as National Party leader, so what did he achieve after only 53 days in the role? 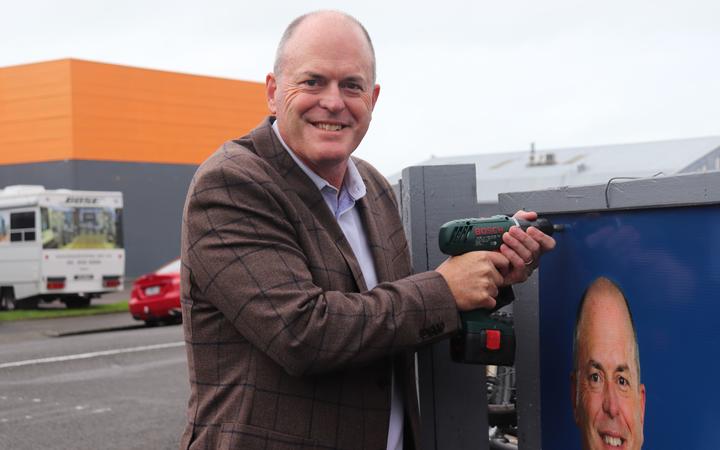 Muller took over as party leader after Simon Bridges held an emergency caucus meeting on 21 May to decide who would lead the party following two abysmal polls for National.

At his first media conference as party leader the next day, Muller said only a National government could provide the leadership to rebuild the country and the economy after the Covid-19 crisis.

"I'm not interested in opposition for opposition's sake. We're all tired of that kind of politics," he said.

The day after his appointment his colleagues swung behind him as leader with veteran MP Nick Smith describing it "as a positive change that gives New Zealanders a real and serious choice for election 2020."

Muller undertook a minor reshuffle of the National Cabinet, with senior National MP Amy Adams backtracking on retirement plans after being ranked third in caucus and getting a new portfolio, Covid-19 recovery.

Another to move up the party's list was MP Nicola Willis who moved from 45 to 14 and got a new portfolio, housing ownership and the RMA.

Bridges, who lost the leadership to Muller, remained unranked following the reshuffle, but in another reshuffle this month was given the foreign affairs portfolio and ranked at number 17.

But after the first reshuffle Muller was criticised for a lack of ethnic diversity on his front bench which had no Māori MPs, nor MPs of any other ethnicity.

Despite defending himself against the criticism, Muller later said he would consider the representation of Māori prior to the second reshuffle, which took place this month after former deputy leader Paula Bennett quit the party.

Muller replaced Bennett with Dr Shane Reti who moved up the rank to number 13, taking on the associate drug reform spokesperson role.

The animosity between National and New Zealand First showed signs of dissipating after Muller left the door open to working with Winston Peters and his MPs at the September election. It was however short-lived after Muller subsequently said that the party's position remains that it cannot work with New Zealand First, however he would make a final pronouncement on the issue before the campaign started. 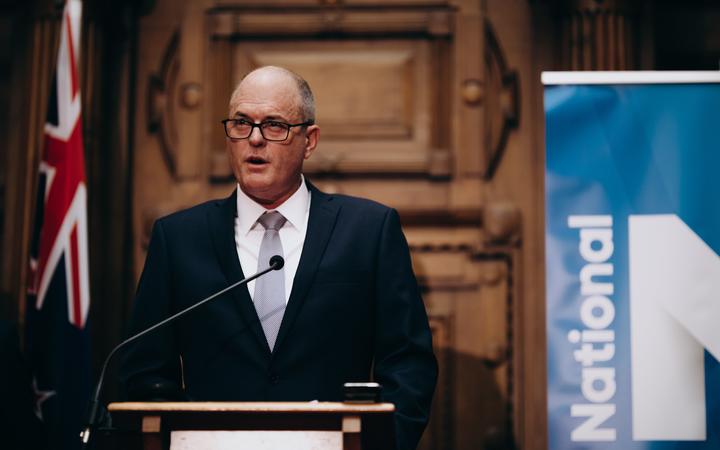 Todd Muller on his first day on the job as National Party leader on 22 May. Photo: RNZ /Dom Thomas

Muller delivered some promises on what National would deliver should it win the election, including providing small businesses with a $10,000 bonus each time they hired more staff and creating a multi-million dollar fund for projects to boost the struggling tourism sector.

He pushed for the country to move to alert level 1 in its fight against Covid-19 on 3 June - the country did so five days later.

Muller slammed the government after it was revealed on 16 June that a woman with Covid-19 was released from isolation on compassionate grounds saying New Zealand could not "have such a lax approach to our border when the stakes are so high".

The next day he called for then Health Minister David Clark to be sacked over the botch-up and Muller continued to pressure the government for answers over how it happened.

Towards the end of June, a 1 News Colmar Brunton poll showed that National's poll numbers had rebounded, but that the party was still trailing Labour by 12 percent.

However after making gains in the polls and holding the government to account over border botch-ups, Muller became embroiled in a privacy breach which saw the leak of personal details revealing the identity of New Zealand's 18 active Covid cases.

Initially Muller described the leak as "loose, shabby and a reminder these guys [the government] can't manage important things well".

But within days National MP Hamish Walker admitted leaking the information which was given to him by former National Party president Michelle Boag.

Muller told Morning Report that the behaviour was completely unacceptable and that he had written to the party's board asking them to remove Walker from the party.

Walker then announced he would not stand for re-election for the Southland electorate, with Muller saying his exit from politics was "the only option" and that Walker's judgement was "fundamentally flawed".

Another National MP, Michael Woodhouse, revealed he had also received several emails from Boag but, after opening the first one, said he realised the information was "not appropriate for me to have".

Woodhouse said he did not open the following three emails he received from her.

After these revelations, Muller said no further MPs in his party had received the emails.

He said that the two MPs were dealing with "very different issues" because Walker released private information, while Woodhouse received the information but did not act on it.

Then today Muller made the shock announcement that he would not stand again saying the role has taken a "heavy toll on me personally, and on my family, and this has become untenable from a health perspective".