The National Party says mixed messages from the government on Covid-19 alert levels are causing the public to get complacent about social distancing as evidenced in the Black Lives Matter rallies held around the country on Monday. 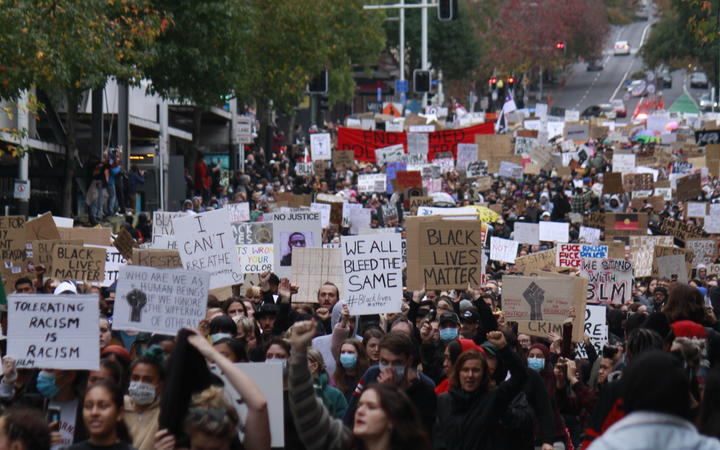 "I totally understand why people wanted to demonstrate in solidarity … but the rules were very clear that we needed to have distinct social distancing and it wasn't actually just in the protests, it was in most of the malls over the weekend. It was a wet [long] weekend and they were packed, they were cheek by jowl."

But he said sending in police to break up the protests would not have "served a lot of benefit for anyone, bluntly."

He did not think prosecutions should be on the table for protesters.

Asked if he was for the rule of law, Muller said "of course".

But in the context of the protests, he would not have enforced the law.

"There is a judgment that police make at all times on these matters … and the idea in that context that people run in and forcibly remove and separate people … I think ultimately they made the right judgment.

"But the reason they made the right judgment was because the confusion coming from the government in terms of the social distancing."

He said the country should be moving to alert level 1, claiming that Ardern's own criteria for the move were already met.

"What was interesting was [Director General of Health Dr] Ashley Bloomfield when questioned over his concern about people being that packed in, said that from his perspective, there was low to no community transmission." 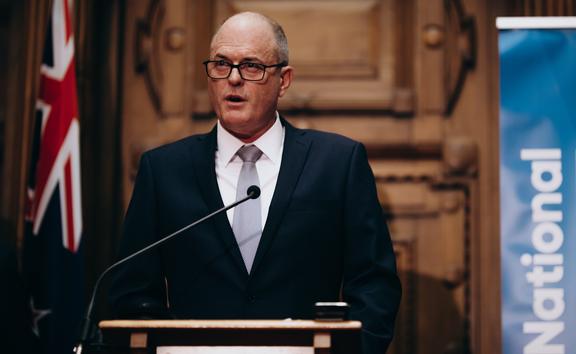 He said the views of Ardern contrasted with those of Dr Bloomfield and Deputy Prime Minister Winston Peters and were causing confusion.

"In my view, we have reached the stage where we need to be at level 1... We should be moving now."

Yesterday, Ardern told reporters following the Cabinet meeting that she did not think Peters' different view on the move to level 1 was causing confusion.

On the subject of the Black Lives Matter protests in the US, he said: "I think all New Zealanders are at looking at what is happening in America with horror, bluntly."

He would not weigh in on President Donald Trump's actions, saying: "I'm not going to get into the ins and outs of every statement the president makes.

"It's not appropriate for me to characterise people like that. As I said, his politics aren't mine."

Asked how he felt about his "Make America Great Again" cap now, Muller said: "It was a souvenir then, it's a souvenir now."

BLM Solidarity declined an invitation to be interviewed on Morning Report.