Prime Minister Jacinda Ardern is pushing back on the opposition's accusations the government is "completely fractured and entirely divergent" in its response to Covid-19. 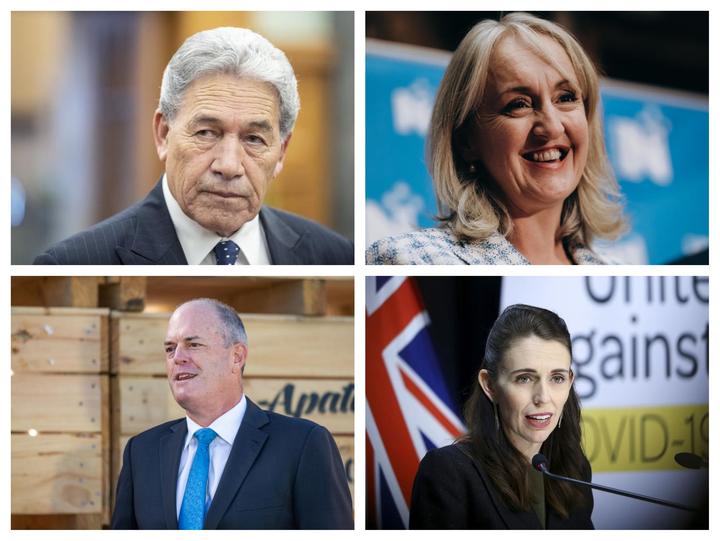 National leader Todd Muller said today that it was "completely unacceptable" that Prime Minister Jacinda Ardern and Deputy Prime Minister Winston Peters were not publicly on the same page.

"What's happening right now is a shambles. For the Prime Minister to be standing and communicating to New Zealand the importance of level 2, the importance of social distancing and the importance of following the rules, but her own deputy is taking a completely counter view - not only subtly, but very overtly - holding the view that actually we should already be back to where we were," he said.

Ardern confirmed today that Cabinet would now consider whether to move to level 1 on 8 June - two weeks earlier than planned - because the country was tracking better than expected.

However Peters would still like to see the country move earlier.

Muller said the continued mixed messages were leading to complacency around social distancing, because people were taking their cues from Peters.

"That is creating huge confusion for this country, a complete lack of certainty when New Zealand needs certainty, particularly our businesses who are struggling immensely at this time," he said.

"He does have a different view, and he has been open about that view, he is however not advocating that anyone break the rules that are currently in place," she said.

Ardern downplayed any tensions between the coalition partners, saying she was aware and not concerned about Peters' decision to speak out against the government's decision.

"Often there will be a differences of opinion around the table, but ultimately we have formed consensus, there is a balanced position here that is about making sure we do not slide backwards. That would be the worst thing for our economy possible," she said.

Peters said he had not breached the Cabinet manual by speaking out about the disagreement, and his relationship with the Prime Minister was still "good".

"It's called respect, and it's a coalition government and we get along just fine. This is not an emotional matter, this is about shaking someone's hands and keeping your word," he said.

Peters dodged questions about whether he was responsible for the Prime Minister bringing forward the decision around level 1 by two weeks.

"You all know what's happened, so I don't have to explain it to you, you're all bright, you're highly trained - at least I'm told you are ... and all of a sudden you're here staring at a goose," Peters said.

During Question Time, Muller repeatedly asked Ardern how she expected New Zealanders to follow the rules when she and Peters were at odds.

Ardern responded that the differing opinions did not mean that Cabinet had "deviated away" from upholding the rules.

"Perhaps unlike some on the other side of the House, we are very aware of each other's opinions and we talk openly about them before we talk publicly about them.

"The member runs the risk of me bringing up all of the differing opinions that sit within his one party - you happen to be asking questions about two different parties."

Muller did not appear to be singing from entirely the same song sheet as some of his senior MPs today himself.

National's Covid-19 spokesperson Amy Adams, and former deputy Paula Bennett, said there was strong evidence for being in level 1 now, but Muller was more cautious, saying the shift should come as soon as possible.