New National leader Todd Muller has a big task ahead of him, but his party colleagues appear to be backing him to the hilt. 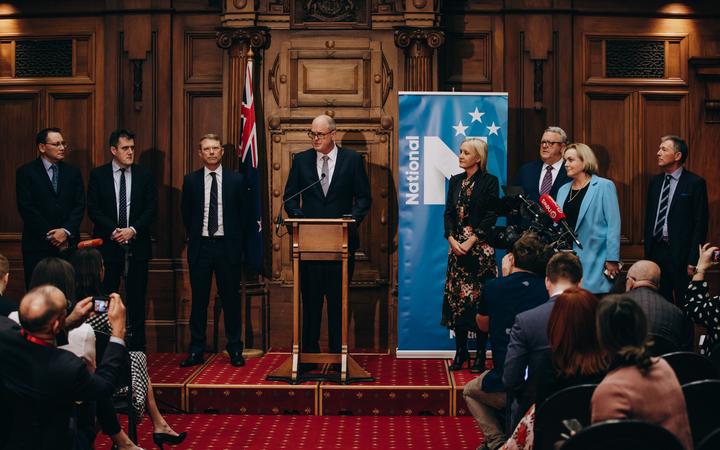 Muller - who has announced that he will take over the small business portfolio from Todd McClay - won yesterday's leadership race, defeating Simon Bridges.

Nikki Kaye will serve as deputy.

Veteran National Party MP Nick Smith said he had been through seven leadership changes and this one was done respectfully and professionally.

"It is a positive change that gives New Zealanders a real and serious choice for election 2020."

He said the focus in the next few months would be on the economy as the country grappled with the fallout from the Covid-19 pandemic.

Smith said Muller's business background put him in a prime position to lead the discussion about the right policies to help the economy.

"Yes [we've] got a popular Prime Minister but as people start seeing the scale of the job losses and the extent of the economic challenge, I think they will know that National is best equipped to deal with that for our country."

He said it was about as late a change of leadership as could happen, with the election in September.

Social Development Spokesperson and Taupō MP Louise Upston said she did not know if her place in the caucus rankings would change, but she would accept whatever position Todd Muller chose for her.

She said the party's policies did not need much change.

"I think we've worked incredibly hard though the [Covid19-] crisis to raise issues that are relevant to New Zealanders.

"At the end of the day it is all about economic recovery and making sure that families and households have enough to look after themselves and that is what your focus will be."

He said the party was not starting from scratch in terms of policy, and he doubted there would be a major shift under Todd Muller's leadership.

"We have done a lot of policy work though the last year and so we've got that to draw on."

He said he rated Muller's first speech and media appearance as leader yesterday afternoon as "outstanding".

National MP and former Speaker David Carter said the party's new leader needed to lift his profile, so voters could get to know him.

Carter would not say which way he voted, but said it was a fairly decisive result, and one he was happy with.

He did not think Muller will have any difficulty connecting with New Zealanders.