National says if elected, it will give small businesses a $10,000 bonus each time they hire more staff. 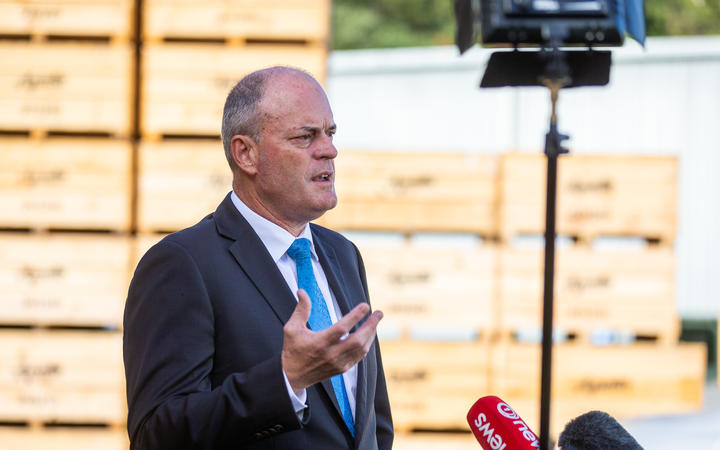 Muller said the scheme would offer cash payments to businesses for each new hire from November and run for five months.

He predicted it would provide an incentive for up to 50,000 new jobs.

"We are committed to supporting New Zealand businesses, in particular small businesses, to invest and grow," Muller said.

"Small business owners who create jobs will be the heroes of this economic crisis, in the way that our nurses, doctors and all five million of us who stayed home were the heroes of the health crisis."

Official figures show jobs fell by a record 37,500 last month, as the economy suffered a downturn from the Covid-19 pandemic.

The Reserve Bank has warned unemployment could rise as high as 18 percent.

Blum employs more than 40 people in New Zealand and is among businesses hard-hit by shut downs due to the coronavirus.

Managing director Michael Hawkins said business was down by a third, but with the help of the government's wage subsidy, Blum has retained all its staff.

"We want to retain our people, we don't see any real risk there but the worry is we don't know what the future looks like in three to six months time," Hawkins said.

"That's really a big concern, we've already seen a drop-off and that's not going to correct. Hopefully it doesn't get too much worse."

"Our focus for now, as I think most businesses has been, is around keeping people employed, through things like the wage subsidy scheme, moving to support people's income... and creating jobs and creating them right now."

Robertson said he would be prepared to consider a grant for small businesses in months to come.