National MP Michael Woodhouse says he deleted emails from Michelle Boag and told Todd Muller about them on Tuesday. 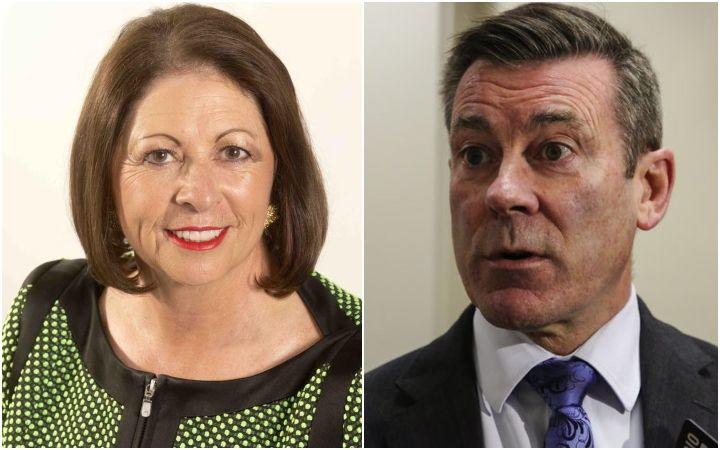 Woodhouse told Nine to Noon Boag called him on Sunday 21 June to tell him she had information that could be "pertinent" to the Covid-19 response and "helpful" to him.

"I opened that email, realised what it was, realised it was not appropriate for me to have it or use it, and I closed it down."

He said three more emails were sent after that but he never opened them.

He deleted the emails on Monday or Tuesday after he realised she was the source of the leak. He said he thought it was the right thing to do.

He also deleted the emails from the trash folder.

Asked whether he thought it was appropriate to delete emails that could be pertinent to a QC's inquiry, Woodhouse said it could equally be inappropriate to have the emails.

"I understand the information I have is different from that essential to Michael Heron's inquiry."

He said for the sake of the security of the information, it was appropriate to delete the emails.

When the story about the leak broke, Woodhouse said he texted Boag to say "for the record" he was not the source of the leak.

"She contacted me later that morning to say, 'I know you're not the source of the leak because the information is different'."

He said he had no idea that the leak was associated with the National Party despite having the emails.

"None whatsoever," he said.

"It was beyond my comprehension that anyone in the party would have done that."

"It was not part of my thinking that that could have occurred."

Woodhouse said he did not have a close relationship with Boag.

He said he told National Party leader Todd Muller about the emails on Tuesday night.

Over the last two days Muller has been specifically asked by reporters multiple times if Woodhouse or any other MPs had received the same information.

Yesterday Muller was asked again whether he'd sought assurances from his MPs that they didn't have any of the private information.

He replied: "No, I don't really understand where you're going with this. We've had a situation over the last 48 hours. It's very clear that I think it was totally inappropriate what occurred. Hamish Walker has now paid the price."

The revelation comes after his colleague Hamish Walker announced on Wednesday he wouldn't be seeking re-election this year after he passed on private Covid-19 patient details to the media.

Boag resigns from National and Simplicity

Boag was his source as well and in a statement this morning she said she's resigned from being a National Party member.

She said the last few days have underscored the unhealthy relationship she's developed with politics.

Woodhouse received four unsolicited emails from Boag between June 21 and 25, and while it was different information to what Walker received, it contained similar patient details.

He's made contact with QC Michael Heron who is conducting an investigation into the leak.

"Between June 21 and 25 I received four unsolicited emails from Michelle Boag containing information that, while not the same information that is the subject of the Inquiry led by Michael Heron QC, was similar insofar as it contained patient details.

"Michelle told me she received this information through her role with the Auckland Rescue Helicopter Trust and I was led to believe it was circulating among a number of other health agencies.

"I recognised that the information in those emails was private so I did not share it with anyone else and I subsequently deleted them."

Woodhouse said he has contacted Heron about the emails and will cooperate with the inquiry.

"If he deems it to be relevant I will cooperate fully with the Inquiry."

Woodhouse said Boag is not the source of any previous information released to him in relation to the government's Covid-19 response.

In a statement, Boag said her passion for politics for 47 years had put her on a "self-destructive path''.

"This was confirmed for me as I wrote to Michael Heron QC last night to advise him that towards the end of June I had sent several emails to Michael Woodhouse comprising notification of a small number of then new Covid-19 cases.

"I have become an unhelpful distraction in the current political environment. I apologise to all those who have been collateral damage in my quest, both inside and outside the Party and I deeply regret my actions,'' Boag said.

"I hope my resignation will allow the Party to get on with its vital task of setting out its pathway for New Zealand's future in the upcoming General Election. The governance and direction of New Zealand, its economic stewardship and the wellbeing of all New Zealanders is the most important issue right now."

She said right now, her "task is to assist the investigation being carried out by Michael Heron QC and face the consequences of my actions".

In a statement the Simplicity Charitable Trust said they had accepted Boag's resignation.

Simplicity chief executive Sam Stubbs said Boag had been a huge supporter of the charity from its outset.

"Her understanding of the charitable sector has been very useful, and that will be missed," Stubbs said.