The Paris climate change meeting represents an opportunity for the world to agree the terms for the next global effort to reduce emissions. 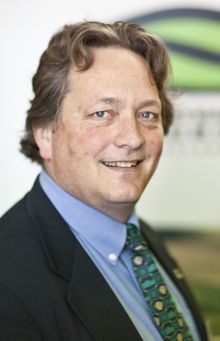 Negotiations have continued for a number of years and, with the Kyoto Protocol having effectively lapsed at the end of 2012, farmers are hopeful of an agreement which better recognises the services we provide civil society.

For better or worse, the Kyoto Protocol bundled biological emissions from food production together with fossil fuel emissions from industry, energy and transport. With agricultural emissions representing a relatively minor proportion of national emissions among most countries, the focus naturally remains on other sources.

(In this series, being run to coincide with the Paris climate change talks, we will publish opinion pieces from Greenpeace, Sanford, the Motor Industry Association, 350 Aotearoa, Mainfreight, Federated Farmers and the Environmental Defence Society. Air New Zealand, Fonterra, Holcim and Genesis Energy were invited to contribute, but declined.)

This has to change if food production is to continue to meet the nutritional needs of growing populations to come. There needs to be some recognition that the "all sectors, all gases" approach puts too much pressure to reduce biological emissions which can not be substituted, and largely cycle; the focus should instead rest with fossil fuel emissions which are persistent in the atmosphere. On this basis a case can be made for different treatment of biological emissions to fossil fuel emissions.

This is important because the rhetoric around reaching zero emissions falls flat when zero emissions from agriculture leads to zero food production. The same cannot be said for energy, where alternatives exist in the form of renewables such as wind and solar.

This is not so much a call from farmers to be left alone and to be allowed to continue to do nothing as it is one seeking recognition that fossil fuel and biological emissions are intrinsically different and that farmers are participating.

The reality is that New Zealand farmers have made huge gains in emissions efficiency of their production since before the Kyoto Protocol came into being. Since the removal of subsidies in the 1980s, New Zealand has improved the emissions intensity of farm production by an average 1.3 percent every year. This can only improve with the considerable investment that farmers and the sector more broadly put into science and research to reduce methane and nitrous oxide emissions.

Since the Pastoral Greenhouse Gas Research Consortium was established in the early 2000s, that investment by farmers and sector bodies has increased to better target potential methods for reducing methane from livestock and nitrous oxide emissions from farmed soils.

The sector has done all this without the pressure of its livestock and farmed soils being in the emissions trading scheme, because it makes good business sense for our farms to be more productive and efficient in the way they produce the food and fibre we export throughout the world.