We at 350 Aotearoa are expecting there to be some progress as governments come together for the United Nations climate talks in Paris. 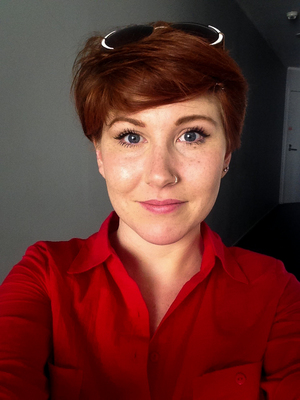 But we all know that progress is still deeply inadequate to limit warming to the agreed target of no more than 2°C.

To be precise, researchers have calculated that the commitments of the countries tabling in Paris will set the world on a path to 2.7° degrees of warming. Six months ago, we were on track to warming in order of 3.5° or more, so it seems that finally something is working - but we still have an uphill battle of serious magnitude.

What we are starting to see is the "trickle-up" effect from the efforts of a powerful global movement creating the pressure for government action.

(In this series we will publish opinion pieces from Greenpeace, Sanford, the Motor Industry Association, 350 Aotearoa, Mainfreight, Federated Farmers and the Environmental Defence Society. Air New Zealand, Fonterra, Holcim and Genesis Energy were invited to contribute, but declined.)

That's a win which was almost inconceivable four years ago. Mr Obama's decision was made possible only because tens of thousands of people from all walks of life got out on to the streets week after week, many risking arrest, for seven straight years.

It's this kind of long-term movement building and campaigning that 350 Aotearoa is committed to and is working to mobilise here in New Zealand beyond the Paris climate talks.

The whole world will be talking about climate change, and we want to harness that energy into people power to help get real climate action on track.

We're under no illusions that the New Zealand government is performing exceptionally poorly on measures to reduce our country's emissions. But Paris is not the defining moment. It will be a building block on the road to overcoming the challenge of our times.

We hope the marches on 28 November will be the largest climate change mobilisations in New Zealand, to set the stage for the beginning of the climate talks.

We're not going to be marching for world leaders to commit to specific targets, or to restore New Zealand's clean, green reputation.

We're going to be marching to let our leaders, and world leaders, know we're going to be holding them to account and that we expect to see real climate action, regardless of what happens at the climate talks. The marches nationwide are going to be fun, family friendly celebrations of our ever-growing movement.

There has never been more public support for action on climate change.

Because our movement is strong and diverse, and is filled with unusual suspects, change is inevitable. We will hold our government to account and we will bring about real climate action in Aotearoa. That I have faith in.

* Niamh O'Flynn is the national director of 350 Aotearoa, the New Zealand arm of the international climate group 350.org which aims to create a movement around climate change solutions.