Power Play - Could last week's terrorist attacks in Paris derail the major climate change talks due to be held in the city in less than two weeks time? 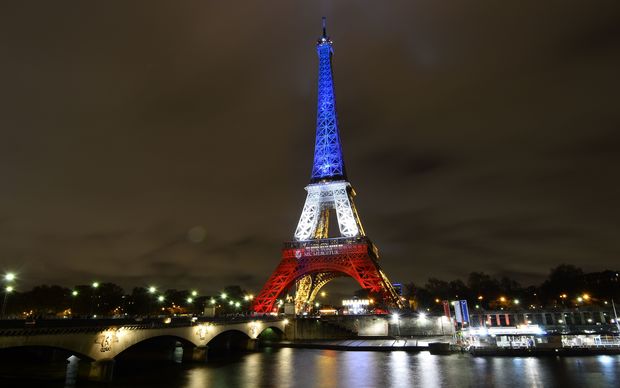 The Eiffel Tower is illuminated with the French national colors in tribute to the victims of the November 13, 2015 Paris terror attacks. Photo: AFP

World leaders are due to touch down in Paris at the end of this month to open a meeting that has been heralded as the last chance for a globally binding deal to tackle climate change.

Momentum has been building towards this summit since the failure at the 2009 Copenhagen conference to secure a global deal.

Tens of thousands of delegates, observers and media will be at the meeting, known as COP21, along with dozens of leaders and heads of state.

But the horrific terrorist attacks on 13 November have moved attention from the build-up to the summit, to security and safety in Paris.

The day after the attacks, the French foreign minister was adamant the talks would go ahead although he said there would be enhanced security measures put in place. 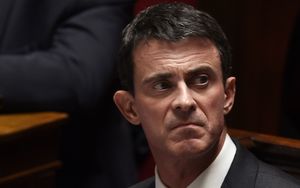 French Prime Minister Manuel Valls has also said no foreign leaders had asked France to postpone the summit, a move he said would amount to "abdicating to the terrorists".

The conference is being held at the Parc des Expositions in Le Bourget, 15km northeast of the city of Paris; the venue was chosen as a robust security perimeter can easily be put in place around the site, and it can be locked down relatively quickly.

Those precautions are likely to be utilised during the fortnight the talks are on, but in particular on the leaders' day.

But it is not only the leaders the French Government is thinking of.

On Thursday it announced that marches planned to run during the conference would not be allowed to go ahead because of security concerns.

Tens of thousands of people were being mobilised to march on the day before the conference started, on 29 November, but also on the final day - 12 December.

The government said in order to avoid additional risks, it would not authorise climate marches in public places.

The environmental groups organising the main actions said they would abide by the ruling, but at the same time said their voices would not be silenced.

Greenpeace France executive director Jean François Julliard said in hundreds of towns and cities across the world people will still march for the climate, for Paris and for a shared humanity.

"We stand for a vision of human cooperation that the murderers sought to extinguish.

"They will not succeed."

Other groups argue COP21 could not take place without the participation of civil society in France.

But those plans may also be reconsidered in the lead up to the meeting itself.

One of the big complaints about the failed Copenhagen meeting in 2009, was the inability of the organisers to cope with the huge numbers of people trying to enter and leave the venue.

With what is likely to be extremely strict and time-consuming security at COP21, this will present a challenge to delegates.

The venue and the meeting itself will also present a tempting opportunity for anyone with an axe to grind to cause serious disruption by making empty threats.

And of course any threat, in the current environment will have to be, and will be, taken extremely seriously.

Leaders, officials and delegates will be sharply aware of the security environment they are in, but their minds will be focussed on the urgency of the task at hand.

Many have also already drawn links between climate change and global security.

A paper published in the Proceedings of the National Academy of Sciences concluded human influences on the climate system were implicated in the current Syrian conflict.

It based that conclusion on what it claimed was evidence that the devastating 2007−2010 drought in Syria contributed to the conflict.

US Secretary of State John Kerry has linked climate change and global security a number of times.

Most recently he argued climate change exacerbated resource competition, threatened livelihoods, and increased the risk of instability and conflict, and said areas already facing unrest and instability were breeding grounds for violent extremism.

The Paris attacks have steeled the resolve of leaders to attend the opening of COP21, who have vowed the terrorists' actions will not stop the meeting going ahead.

The test of that resolve will be whether that momentum can be kept up during the fortnight, in the face of the tense security situation.