World leaders will be among tens of thousands of delegates heading to Paris at the end of this month for a two-week United Nations climate change conference.

Ministers and officials from 196 countries have the monumental task of nailing down an agreement to tackle rising global temperatures.

RNZ Political Reporter Chris Bramwell will be at the talks - here's her guide to what it's all about:

So what's the big deal with this meeting?

The meeting is considered the last chance to get a globally binding agreement to combat climate change, to take effect after the current agreements run out in 2020. The meeting is run by the United Nations under its Framework Convention on Climate Change (UNFCC) and is formally called COP21 which means 21st Conference of the Parties to that convention I just mentioned. 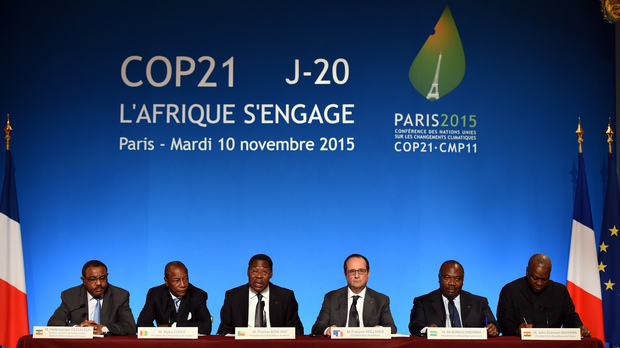 What about the Kyoto Protocol? Isn't that a global deal?

No. While the Kyoto Protocol was agreed to under the UN framework, it only included a group of countries which at the time (1997) were considered to be 'developed countries' - the emerging economies were not included. That's because it was thought then that it was the developed countries that had emitted most of the climate-damaging gases, so they should be the ones that took action to reverse that.

Sounds fair, why didn't it work?

Unfortunately the United States signed the deal, but later refused to ratify it and given that at the time the US was the world's biggest emitter, it left the protocol far weaker than it could have been, and Canada also withdrew later. While the Kyoto Protocol's first commitment period (2008-2012) was ratified, the second one (2013-2020) has had only minimal support so is even weaker. There were also problems with one of the mechanisms set up under the protocol which meant industrialised countries could get carbon credits for helping emerging economies grow without emitting as many gases. The issues came up when it turned out lots of the credits being offered were fake and some countries made up gases that were emitted then pretended to stop emitting them and got the credits to sell - the list goes on.

If no action is taken to reduce greenhouse gas emissions, then the prediction is that the planet will be 4° warmer by 2100 which would mean more extreme weather events. Photo: 123RF

Well even so - have emissions gone down or up?

Global greenhouse gas emissions have continued to steadily climb despite the best efforts of many countries to make changes. The current concentration of carbon dioxide in the atmosphere is 398.58 parts per million, and the level that the world must stay at or under to keep to the 2°C goal is 450 parts per million.

A 2° rise in global temperatures above pre-industrial levels is considered the most the world can cope with if it wants to avoid the catastrophic effects of climate change. The United Kingdom's Met Office recently announced that its data for 2015 so far shows that the Earth is on track to hit a 1° rise above pre-industrial levels this year, so we are unfortunately already half-way there.

So what happens if the planet warms by more than 2°?

So while than 2° is the agreed limit, it's important to be aware that it is a political limit set so that countries have a framework to work within. Scientists argue that even 1.9° is too high! If no action is taken to reduce greenhouse gas emissions, then the prediction is that the planet will be 4° warmer by 2100. That would mean more extreme weather events - think crazy tropical storms, severe drought, unprecedented heat waves, more floods and mass extinctions to name a few. 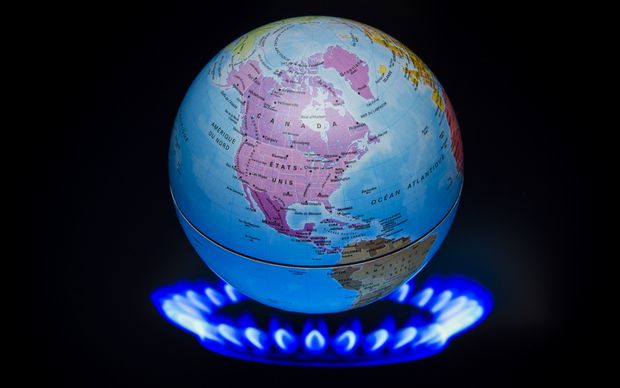 A 2° rise in global temperatures above pre-industrial levels is considered the most the world can cope with if it wants to avoid the catastrophic effects of climate change. Photo: AFP

Eek - that sounds really scary! Anything that can be done about it?

Well that's what this Paris meeting is all about. Countries have to agree to reduce their greenhouse gas emissions, do more to offset emissions (like planting trees) and make serious efforts to transition their countries to a low-carbon economy. Scientists argue that zero net emissions is where we have to be, and very very soon. There's no doubt that the task is monumental - but for the first time there is serious political will and momentum to get a deal done - so we might just get there.

Well not quite. While most countries have put in their emissions reduction targets - what they have promised so far would only keep warming to 2.7°, which is well above that 2° limit. There are also some countries that might prove problematic in clinching a deal - Russia's president Vladimir Putin is reportedly a climate change denier but the country did submit a pledge to reduce emissions so all is not lost.

The other big issue is finance. Some poorer, less developed countries want to be compensated for environmental damage done by the big emitters. Others want money to help adapt to climate change and also to develop in a way that is less polluting. The Green Climate Fund has been set up by the UN to fund the projects, but the debate will be around who funds it - governments or institutions like the World Bank.

Climate Change talks are notorious for being extremely complex with zillions of acronyms that will drive you around the bend ... here's a wee guide to a few of them: