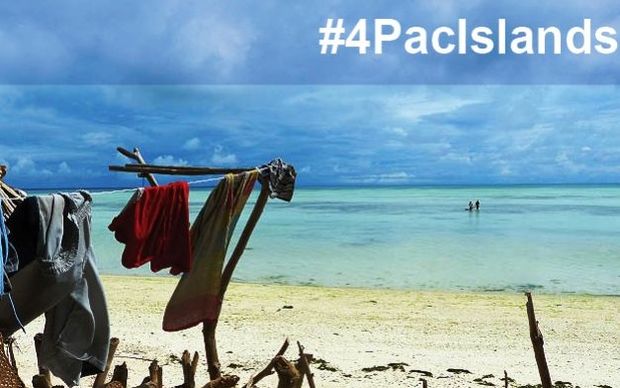 People in the Pacific are being called on to share stories of how they've been impacted by climate change with #4PacIslands Photo: Supplied

People in the Pacific are being called on to share stories on social media of how they've been impacted by climate change, in a bid to strengthen the Pacific voice leading up to the COP21 conference in Paris.

The Pacific Islands contribute to less than 0.03 percent to the world's total greenhouse gases yet are amongst the most vulnerable to the impacts of climate change.

The Secretariat of the Pacific Regional Environment Programme says the outcomes of COP21 are crucial to the Pacific region.

It's director general, David Sheppard, says people in the Pacific Islands understand and know all too well the impacts of climate change.

He's calling on people to share their stories with people around the world online of both how they've been impacted, and what they're doing to adapt to the situation and mitigate their problems.

Mr Sheppard is asking people to use the hashtag #4PacIslands when they share their stories via social media.