The Motor Industry Association recognises the impact on the world if emissions of greenhouse gases are not limited, and that the global motor vehicle industry has a part to play as a supplier of products which produce CO2. 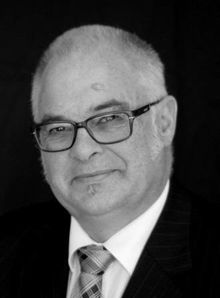 New Zealand needs to do its "fair share" to reduce global emissions. In the new vehicle space context, it must be recognised in any proposed policy initiative New Zealand is a technology taker.

The major source markets of vehicles for the New Zealand market have in place a variety of policies aimed at reducing CO2 and/or improving fuel economy.

Under business as usual, as long as vehicles destined for the New Zealand market meet the relevant standards in the source market New Zealand will, by default, have a continuing reduction in CO2 emissions. Between 2006 and 2014, New Zealand emissions from the light vehicle fleet fell 36 percent.

Worldwide, the motor industry is spending billions of dollars on research and development of new technologies and refining existing technologies for improving fuel efficiency, as well as developing new technologies such as hybrid vehicles, fully electric vehicles and into the future zero-emission, hydrogen-powered vehicles. All of these technologies are being developed for mass production.

(In this series, being run to coincide with the [ http://www.radionz.co.nz/news/national/290317/climate-talks-people-power-will-save-the-planet Paris climate change talks], we will publish opinion pieces from Greenpeace, Sanford, the Motor Industry Association, 350 Aotearoa, Mainfreight, Federated Farmers and the Environmental Defence Society. Air New Zealand, Fonterra, Holcim and Genesis Energy were invited to contribute, but declined.)

The New Zealand transport sector can play its part in reducing emission levels, if the right policy settings are put in place. In MIA's view, the policy settings most likely to help accelerate the reduction in greenhouse gas emissions from transport are ones which accelerate the uptake of new technology and limit the age at which used imports come into the country.

Another would be favourable tax policies which cost the government little in forgone revenue, at least for a period of time upon which they can be reviewed to see if they should continue, but which influence fleet buyers to purchase low emission vehicles.

Policies which address the emissions of the total fleet, including the use of vehicles, will result in more overall savings than policy initiatives which focus only on a segment of the market.

* David Crawford is the chief executive of the Motor Industry Association which represents the official New Zealand distributors for new cars, trucks and motorbikes.