"No" - that's the response from Prime Minister Jacinda Ardern when asked if it is responsible for MPs to be gathering at Parliament. 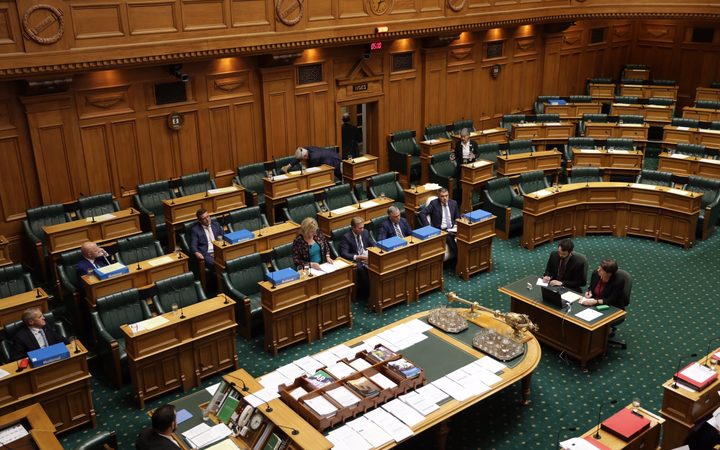 But today, a scaled back and socially-distanced Parliament will resume sitting in Wellington while the city remains at alert level 4.

Parliament was suspended last week on the advice of the Director-General of Health, who warned a large indoor gathering and MPs travelling to the capital posed a health risk.

Not every party will be present - the Greens and Te Pāti Māori have point blank refused to come in during alert level 4.

Asked on Morning Report why Parliament was then sitting, Ardern said: "If you recall, last week we had the advice from the Director-General (of Health) that we should not be convening and the usual place where decisions on Parliament and the business of Parliament are worked through is through something called the Business Committee.

"All members, representatives from each of the parties are present and work through those items. Last week the Business Committee was unable to reach consensus, so that meant it fell to me, and in an unusual situation, the only way that talent could be suspended was if I wrote to the Speaker and ask for it to be suspended, which I did.

"I then undertook to work via the Business Committee to try and find an alternative that allowed for a virtual option because that's the advice we are giving to the public - do everything we can to limit personal contacts.

"An option was formulated with, in consultation with the National Party. It involved essentially all ministers being available just like our usual Question Time, which is the only thing we're missing at the moment but for an online format.

"That was taken to the Business Committee and then ... National and ACT rejected it.

"The difficult position for me is I didn't want to suspend Parliament again, but nor did I agree with the fact that there was a problem with what we presented or a need for us to meet in person.

"But unfortunately I've been left with little choice, so we will be attending. We only have five in total that we will be providing from the government.

"It means unfortunately, the opposition won't actually have access to all ministers, only those who have been here for the duration of alert level 4 will be present."

Asked if it was responsible for MPs to travel to Wellington without having a Covid-19 test first, Ardern said "they are essential workers, so what I will say is that they are able to do that. It is within the rules.

"The question is, was it necessary? We've asked everyone to try and be nimble. Come up with alternative ways in order to fulfil their functions and look, there's no question the opposition's job is to hold us to account and for us to be scrutinised and we've tried to provide a level 4 way to do that."

She was disappointed in the response by opposition parties, she said.