Analysis - Opposition parties demand transparency as Parliament is suspended, the Auckland outbreak puts the vaccine rollout under intense scrutiny and questions are raised about how long New Zealand can sustain its elimination strategy. 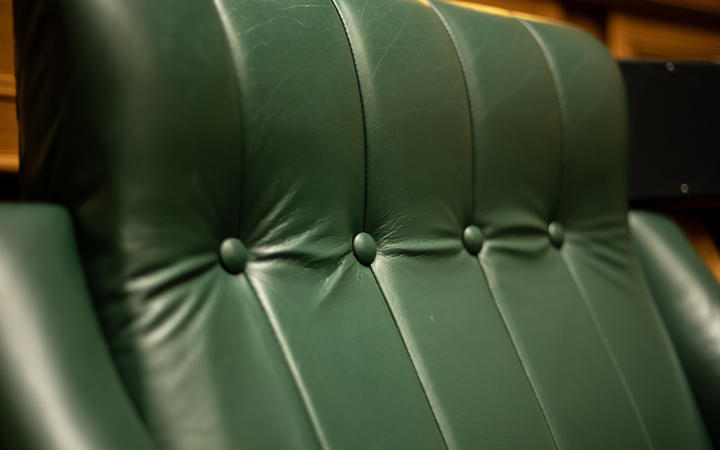 Prime Minister Jacinda Ardern on Monday announced Parliament would be suspended for a week under lockdown, a move National said meant there wouldn't be sufficient scrutiny of the government's actions.

Party leader Judith Collins suggested that was what it wanted. "The government looks like, to us, as though it doesn't want to have the level of scrutiny that most people would expect," she told Morning Report.

Collins said the Epidemic Response Committee, which operated during last year's lockdown, should be reactivated.

The multi-party committee was chaired by the then Leader of the Opposition, Simon Bridges, and had the power to call in ministers, department chief executives and any experts it wanted. It was broadcast on Parliament's TV channel.

There were complaints at the time that questioning was often skewed against the government.

"All the parties except Labour have said it - set up the Epidemic Response Committee again, run by me as Leader of the Opposition, and have some real scrutiny going on," Collins said. 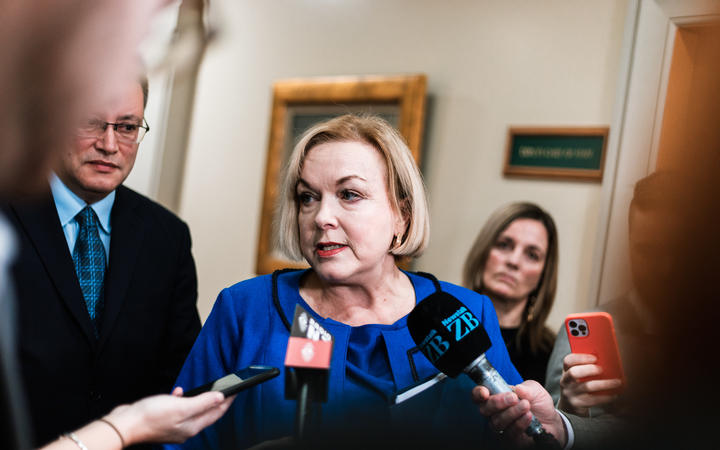 "Last time they accepted it. Last time it worked very well. And this time, 18 months later, they're running from it."

Ardern said Parliament's usual select committees would meet virtually and call in ministers to question them about the Covid-19 response. She suggested that gave a greater level of scrutiny than question time in Parliament, which only lasted an hour each day the House sat.

She had taken advice from the Director-General of Health, Dr Ashley Bloomfield, and it wasn't safe to have MPs flying in from all over the country, she said. Also, dozens of people who ran Parliament would have to leave their bubbles and come to work. 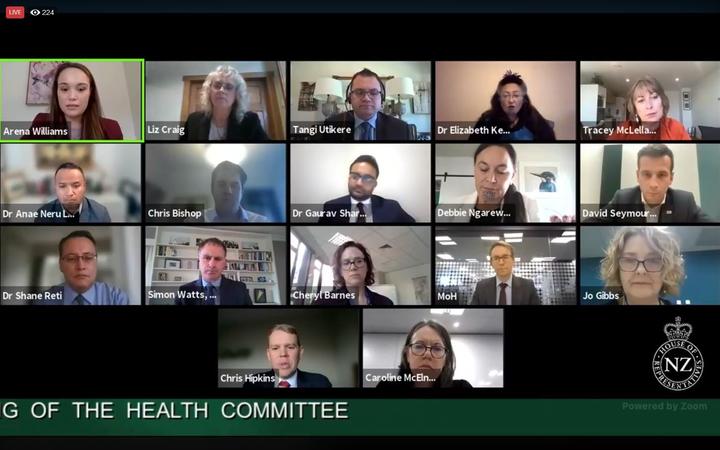 Collins accepted that had worked "reasonably well" but she wasn't satisfied. "The problem, of course, is that they're all controlled by the government ... no scrutiny, no question time, nothing else."

ACT leader David Seymour said select committees were no substitute for Parliament and questioned the prime minister's decision. "Jacinda Ardern is happy to have a socially distanced 1pm stand up with a dozen journalists in a room but not a democratic Parliament with elected representatives asking her questions." 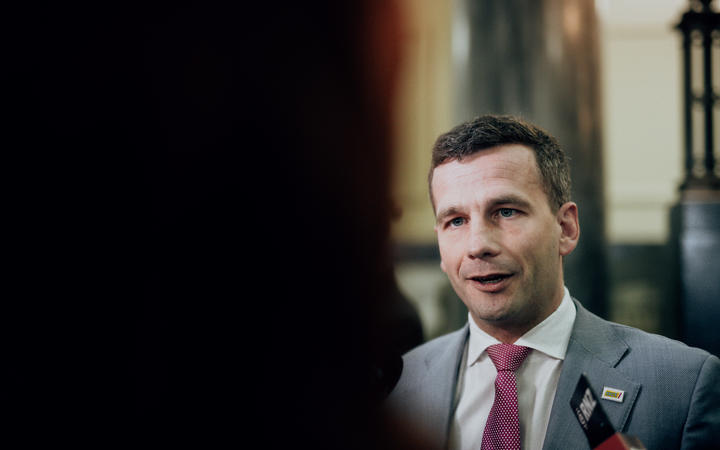 A big difference between question time and select committee hearings is that the prime minister doesn't appear before them. Collins clearly wanted to have a crack at her in the debating chamber during question time, which is always first up when Parliament sits and is broadcast on Parliament TV.

Committee proceedings were livestreamed but to see them people would have had to find out when they were meeting by navigating through Parliament's website, and then linking to the livestream site.

Vaccines under the spotlight

As the number of cases in Auckland and Wellington climbed during the week the slow start to the vaccination rollout came under strong criticism and scrutiny. Previously, when New Zealand was Covid free, it hadn't seemed to matter much.

Now it does, and it's being widely reported. 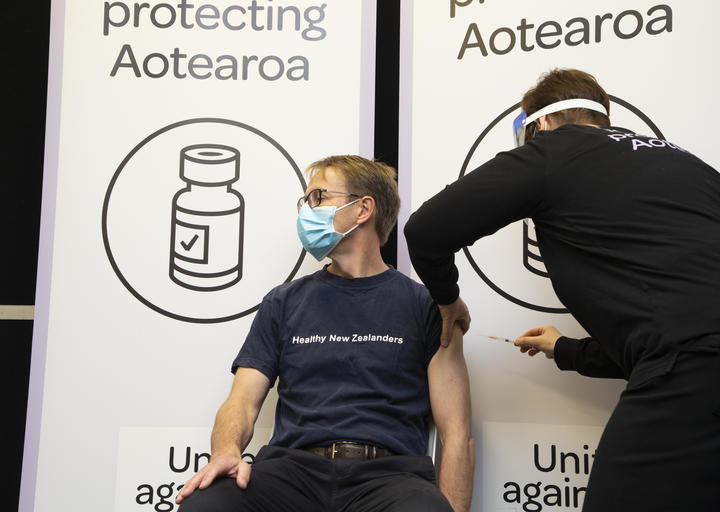 Collins said the government had admitted it didn't raise the first order of Pfizer vaccine until 29 January.

"We were promised in September by this government, one year ago, that we would be front of the queue. Actually, we're 120th in the world."

Covid-19 Response Minister Chris Hipkins said the government "pulled every lever" to get vaccine deliveries as quickly as possible, and the prime minister had personally called Pfizer's chief executive more than once.

That didn't cut it with Collins. "No amount of flim flam or spin will get past the fact that we are appallingly low in our vaccination rates," she told Morning Report.

Stuff quoted Covid-19 modeller Rodney Jones: "This outbreak is a consequence of being too slow on the vaccine and not buying up aggressively at the start of the year, and there's actually not a lot of excuse for that."

"You just completely blow up with Delta if you have got an unvaccinated population."

The report said Jones' modelling - showing New Zealand was on the same devastating path as Italy in March last year - was central to the government's decision to put the country into Level 4 lockdown.

RNZ's Craig McCulloch analysed the situation, saying that at Monday's press conference there was the "sobering admission" that of the 107 people who had tested positive at that time just three were double jabbed and 14 had received one dose.

"New Zealand's vaccination programme has been staggeringly slow by international standards, among the last in the developed world," he said. "Only recently has it begun to ramp up."

McCulloch said one possible reason for that was the government's negotiators came late to the party, did a poor job and got a raw deal.

By the end of the week the government was trumpeting record daily vaccination numbers - 80,000 on Tuesday, which was far higher than any previous day. More than 1.8 million people had received at least one dose and over a million were fully vaccinated, Hipkins said.

"New Zealand is now vaccinating Kiwis faster than either the UK or the US were managing at the height of their rollouts - but we're doing it months after them," Stuff reported.

Jones' modelling showed that at the current pace 75 percent of New Zealanders would have had their first dose by November.

Australia had its own pandemic politics this week, and it overflowed onto New Zealand.

Prime Minister Scott Morrison, in a widely-reported Channel 9 interview, was defending the federal government's policy of opening up the country once 80 percent of Australians have been vaccinated.

"Covid is a new, different world, and we need to get out there and live in it. We can't stay in the cave," he said. 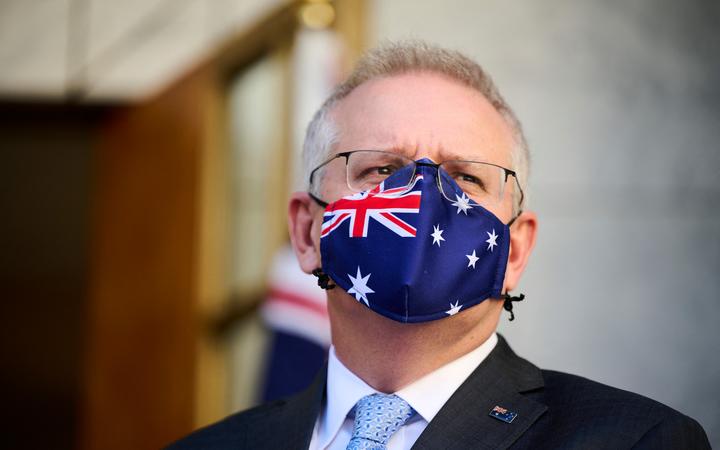 "Our goal is to live with this virus - not to live in fear of it."

Some states and territories are pushing back, reluctant to commit to the policy while they are managing to stay free of the virus themselves.

"I think everyone would rather just see the Commonwealth look beyond New South Wales and actually appreciate what life is like here in WA," said West Australian premier Mark McGowan.

"We currently have no restrictions in our state, a great quality of life and a remarkably strong economy."

Morrison included New Zealand in his comments, citing the lockdown here and saying it was "absurd" for regions to chase elimination forever in a Delta world.

Hipkins was asked for his reaction during his briefing on Wednesday. He declined to get involved. 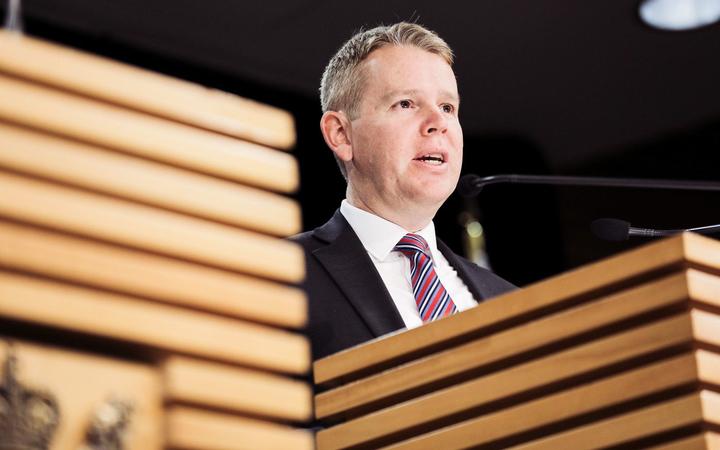 But he did answer questions about the long-term viability of the elimination strategy, saying there could be changes when vaccination rates in New Zealand and in other countries peaked and there were international standards for safeguards such as pre-departure testing.

He made it clear that elimination remained a firm strategy. "It is too soon to throw in the towel," he said. "We've come this far, it would be an absolute waste to give up now. We still want to drive this particular outbreak of out the community."