Australia's Cabinet has agreed to halve the number of people allowed into Australia each week and to set up vaccination targets. 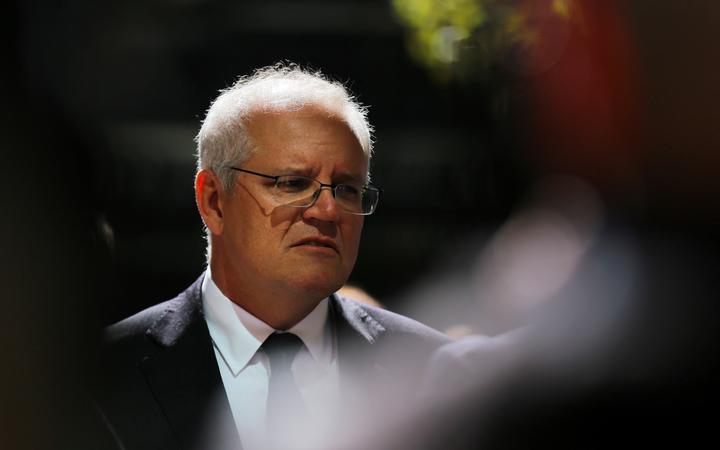 By 14 July, international arrivals will be capped at 3035 people a week, down from 6370 and will be in place until at least the start of next year.

Commercial flight numbers will be cut, but Morrison said the Commonwealth, in response to this, would increase the number of repatriation flights.

There are no details, though, on how many extra flights will be provided.

The move is a win for the Victorian, Queensland and West Australian governments, who were calling for a significant reduction to the passenger caps until a larger share of the population is vaccinated.

He also announced the federal government, based on medical advice, would conduct a trial of a shorter seven-day quarantine period with a small number of vaccinated travellers, instead of 14 days.

Morrison said South Australia had flagged its willingness to work with the government on the trial.

"If people are staying at home, it can actually be safer for them and the community because of the decreased interaction with staff," he said.

New Zealand's Covid-19 Response Minister Chris Hipkins said there was no implication for the trans-Tasman travel bubble based on the announcement out.

He said New Zealand was already undertaking similar policy work to reconnect to the world, as set out in the Prime Minister's pre-Budget speech of 13 May.

Towards the end of this year, when New Zealand's vaccination campaign was further rolled out, he said the government would be in a position to announce further decisions around New Zealand's border settings and restrictions. 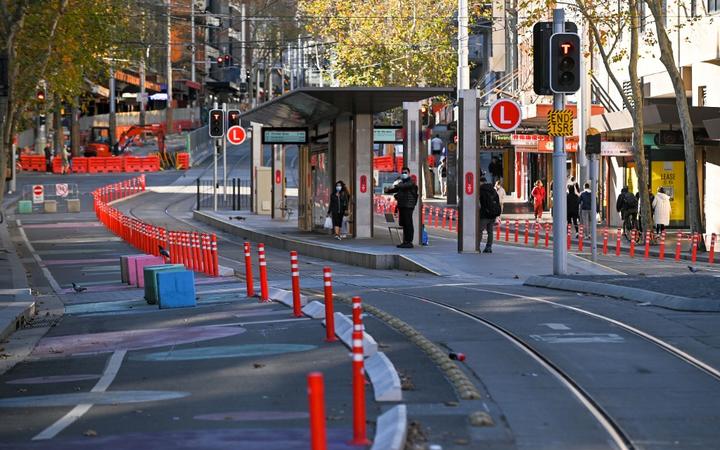 Sydney is almost half way through a two-week lockdown Photo: AFP

Regarding vaccination targets, Morrison said a percentage target would be decided once modelling showed how many people would need the jab for it to be effective against the spread of the Delta variant.

But the group of state and territory leaders did agree to a four-phase plan.

Morrison stressed several measures were being considered for when the population reached the first yet-to-be-determined target.

"To ease restrictions on vaccinated residents, such as lockdowns and border controls," he said.

"Lockdowns would only occur in extreme circumstances to prevent escalating hospitalisation and fatality."

Reaching the vaccine target in the second phase would also mean international travel caps would lift for unvaccinated and vaccinated travellers.

"To restore inbound passenger caps at that time to previous levels for unvaccinated returning travellers and then even larger caps for those who are vaccinated," Morrison said.

"We would be allowing a capped entry of student and economic visa holders, subject to quarantine arrangements and availability."

He said new quarantine arrangements for vaccinated travellers would also then be introduced, based on the outcomes of the trial in South Australia.

The third phase sees Australia dealing with Covid-19 like it does the seasonal flu and the fourth phase a return to pre-pandemic travel and life, or as Morrison said, "completely back to normal".

Morrison would not put a timeline on when he hoped Australia would reach that final phase.

"This is an evidence-led process," he said.

"What matters is the hurdle [vaccine target] you have to clear and once we set that … we'll be in a better position to have a view when we may be able to achieve that."

Mindsets have to change, PM says

One thing both Morrison and Professor Kelly touched on was the shift in thinking about Covid during the four phases as more and more Australians are vaccinated.

"Our mindset on managing Covid-19 has to change once you move from pre-vaccination to post-vaccination," Morrison said.

The Chief Medical Officer said it would be important for people to move from focusing on the number of cases reported a day, to how many people were getting severely sick or dying.

"The PM has pointed out some key changes into the future about how we do actually talk about what is happening with this particular virus in Australia and concentrate increasingly on severe illness rather than numbers of cases," Professor Kelly said.

"I think you will notice that as we go forward in this, in these different phases."