NSW Premier Gladys Berejiklian has warned Sydney's lockdown will fail unless people do more to reduce their movement, as the state records 24 new Covid-19 cases. 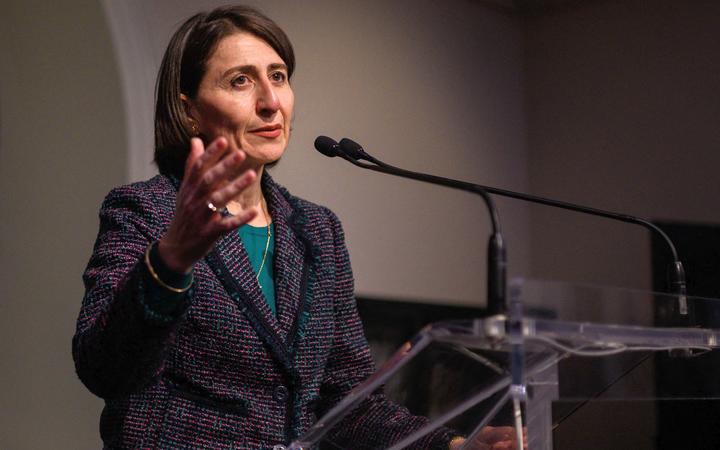 Too many people are heading to work when they are unwell, NSW Premier Gladys Berejiklian says. Photo: AFP

The premier said it was "a cause for concern" that half of the new cases had been out in the community while infectious.

"If we want the lockdown to succeed, all of us have to minimise our movements," she said.

"In too many examples we are seeing workers who are leaving the house with symptoms or going to work with symptoms.

"Then inadvertently as they are going about shopping or other activity, they are passing it onto others."

The premier said the proportion of new positive cases already in isolation would be the "measure of our success" over the next few days.

"If we want the lockdown to succeed, all of us have to minimise our movements," she said.

"All of us have to minimise our interaction with others, as difficult as that is, to make sure that the lockdown is successful."

There has now been 195 locally acquired Covid-19 cases reported since 16 June, when a limousine driver based in Sydney's eastern suburbs tested positive after transporting international flight crew.

Of today's new cases, 17 were linked to existing clusters.

Chief health officer Kerry Chant said two passengers on a Virgin flight from the Gold Coast to Sydney on Saturday had tested positive.

It comes after a crew member on the same flight tested positive after undergoing a rapid test on Saturday night.

Dr Chant today revealed the nurse's close friend who worked at both those hospitals, along with the Royal Ryde Rehabilitation Hospital, had also tested positive.

"Extensive contact tracing has occurred around that nurse and we have identified one healthcare worker who was present at the ward on the Sunday when she was close to completing her shift," Dr Chant said.

"That healthcare worker, pleasingly had not worked whilst infectious."

Dr Chant said another of the nurse's close contacts - an unvaccinated worker at Summit Care, an aged-care facility in Baulkham Hills in Sydney's north west - had also tested positive.

"But I was very pleased to be advised that around 135 out of the 149 residents at Summit Care were vaccinated and they had concluded their Pfizer vaccination for over a month," Dr Chant said.

To date, more than 200 staff and patients have been identified as close contacts.

The government today announced it would establish two new mass vaccination centres - in south-west Sydney and Illawarra - as well as a large clinic in Sydney's CBD to help the state with an influx of Pfizer vaccines being provided by the Commonwealth.

The government said the new vaccination hubs were expected to deliver thousands of additional jabs each week and would operate alongside one already operating at Sydney Olympic Park. 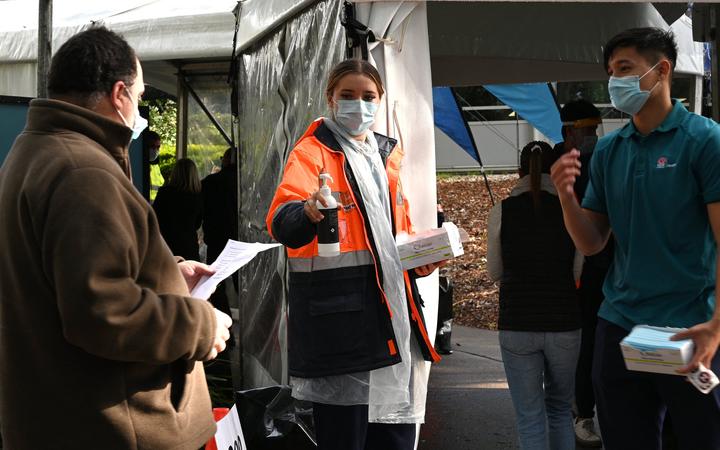 Queensland recorded two new community cases of Covid-19 on the second day of its lockdown.

Premier Annastacia Palaszczuk said one of the cases was a close contact of a known cluster and had been in quarantine, while the other was a woman who worked at Brisbane International airport.

The state's Premier Daniel Andrews strengthened his push for a reduction in the number of Australians allowed to return home from overseas. He wants a cap on the number of international travellers to be applied across all Australian states.