Power Play - Parliament's select committees have been given the weighty responsibility of providing the sole line of parliamentary scrutiny this week. 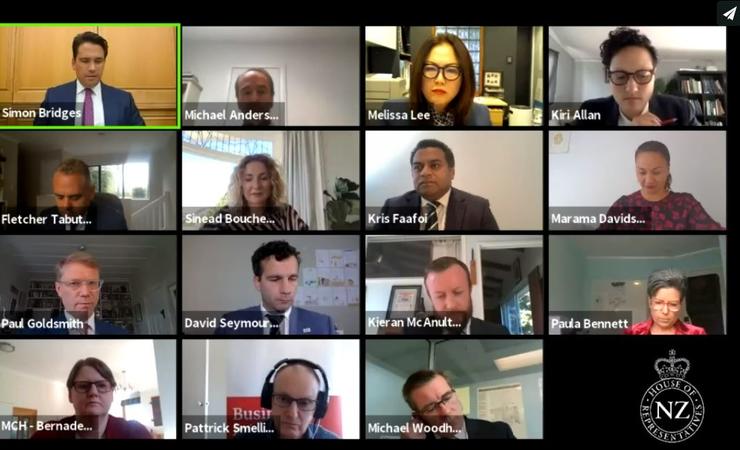 When Parliament faced a lengthy closure in last year's lockdown, the Epidemic Response Committee was set up to give the Opposition a chance to put ministers and senior officials through their paces and drill down into the issues of the day.

Then-National leader Simon Bridges bombed it down to Wellington from Tauranga in his car and chaired what would be a highly effective committee - all done virtually, pulling in experts, sector groups, business interests and politicians from around the country.

At this stage, the House is only suspended for a week and the government's plumped for using the existing committees, dominated by government MPs, to provide a level of scrutiny.

This will only be successful if those committees, and their Labour Party chairs, act in the true spirit of why they exist - to provide a platform under which top ranking officials and ministers can be held to account on behalf of the people of New Zealand.

Alas this has not always been the case with the Health Committee one (un)shining example.

That committee and its chair were on the receiving end of a rebuke from the Speaker of the House after one particularly bad session where Labour MPs ran interference during an appearance by Dr Ashley Bloomfield and other officials leading the Covid-19 response, wasting time with pointless questions and using their numbers on the committee to stymie opposition MPs.

This ran counter to assurances given to Parliament's Business Committee, said Trevor Mallard, about how the Labour majority government would conduct itself in such proceedings.

Of course MPs are going to act along party lines and make the most of their majority but there's a line between that and being so tribal the committee's work is compromised; and once again, with huge implications for this country, the quality of the government's response is of paramount importance.

This is a reasonable option for such a short timeframe but there will be heightened expectations about how to maintain scrutiny, other than through committees that cannot truly be called independent, if the House is going to be suspended for any length of time. This is an opportunity for these MPs to rise above petty politics and show they can act in the interests of the wider nation.

First minister to front today is Grant Robertson at Finance and Expenditure, where he'll lay out the cost of the economic damage caused by this August outbreak and how the government's positioned to respond.

A week in nationwide alert level 4 costs about $1.5 billion and Robertson says there's enough left in the Covid Response Fund to cover that for about a month - if that's what's needed - before having to borrow more. And if it comes to that, he's happy to put more on the tab.

"We are in a very strong position fiscally as a country relative to the rest of the world, and relative to where we expected to be," he told RNZ.

"We also have within the Covid-19 fund areas of funding where it's been allocated, but not spent, and so there is actually additional room there beyond the money that we've put aside - so I'm very confident we're in a strong position to deal with this."

One aspect of last year's economic debate was about New Zealand rocketing to levels of debt rarely seen here before, how that stacks up compared to other like countries, and what that means for the burden on future generations. Low interest rates and a faster economic recovery than predicted have given Robertson a bit more wiggle room to pay the bill for lockdown 2021.

However, he's accused of having a "profligate attitude", by National's shadow treasurer Andrew Bayly, pointing out the level of government debt now means in essence the country's "significantly mortgaged".

Bayly argues debt levels still predicted to surpass 40 percent of GDP "fail to take into account that New Zealand is a small trading nation highly susceptible to international headwinds ... and very vulnerable to seismic and other climatic risks".

It's a debate that will get a good airing this morning, with a captive audience to boot.