The government is not considering mandatory vaccines for the wider workforce, the minister says, but employers could write vaccination requirements into future employment contracts.

There are also steps that can already be taken by employers to require that some roles be performed by vaccinated workers.

Workplace Relations and Safety Minister Michael Wood told the Education and Workforce Select Committee this morning that current laws were enough of a safeguard to protect employees.

Under questioning from National's Workplace Relations spokesperson Scott Simpson, Wood noted there was a health order which required border workers to have a vaccine by a certain date, but that was an extraordinary step employment law would not allow for in normal times. 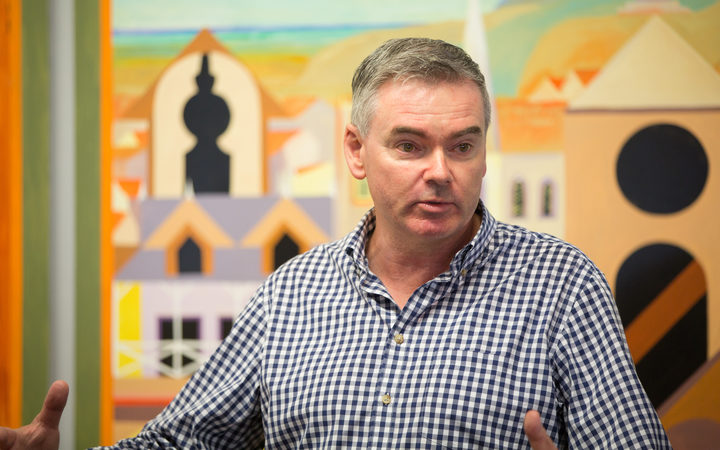 In general terms, outside of the government's health order, there was nothing that would allow employers to require current employees to be vaccinated, Wood said.

"Clearly the wish of the government - and I think everyone in the system - is for the maximum number of people to be vaccinated ... there is not a standing provision that enables employers to terminate employees' employment outside of the order."

He said there were some protections in the Health and Safety at Work Act, but employees also had some basic rights within their workplaces.

"The Health and Safety at Work Act has an absolute requirement on employers to work with employees to make sure that any health and safety risks are appropriately managed, that they're eliminated where possible and that they're minimised where that's not possible."

Some instances where vaccination can be required

WorkSafe chief executive Phil Parkes told the committee the mandatory vaccination order for border workers was for where a strong public health interest had been identified, and elsewhere standard employment law still applied.

He said the Health and Safety at Work Act highlighted "reasonably practical steps" and in some instances that might extend to requiring vaccination.

"In which case you go down the discussion around 'is there a place for redeployment', and if not then you talk about the extent to which the nature of the job and the requirements have changed."

The Ministry of Business, Innovation and Employment's website Employment NZ states that businesses cannot require any individual to be vaccinated, but can require that work with a high risk of contracting and transmitting Covid-19 must only be done by vaccinated workers.

"This will be a minority of all work in New Zealand. This could change if there is a significant shift in the Covid-19 situation domestically," the website says.

WorkSafe notes that a health and safety risk assessment must be carried out to support businesses' claims of such a risk.

"To carry out a risk assessment for exposure to Covid-19 you need to consider two main things about the role: the likelihood of a workers being exposed to Covid-19 while performing the role, and the potential consequences of that exposure on others (e.g. community spread)."

Vaccination could be required in employment contracts

Wellington employment senior associate lawyer Chris Scarrott said he expected there would be cases of employees taking cases of dismissal to court if redeployment or mediation failed.

"I would be surpassed if it doesn't - as much as our view is that you can't mandate vaccination as an employer, someone's bound to try it."

The minister's comments had reinforced what the firm believed the legal position was, he said, and the only thing preventing mandatory vaccination from being written into contracts was laws against discrimination.

"For example if there's medical reasons why someone couldn't have the vaccine then in that case if you prohibited them from being employed you could potentially be discriminating on the basis of disability. Maybe there might be religious exemptions although that's probably less likely - or ethical beliefs."

He said he believed it did strike a fair balance between safety at work and people's right to choose.

"It means they've got the choice if they take the role or not, if that's made as a condition."

He said it was tricky because the public health need for widespread vaccination could be considered part of the requirement on employers to provide a safe work environment.

From government statements so far it seemed very unlikely it step in to require vaccination as had been seen in some jurisdictions overseas, he said.

Simpson asked whether it was not reasonably practical to simply exclude employees who chose not to be vaccinated, but Wood said bringing in a widespread power to that effect would amount to a compulsory vaccination order to many New Zealanders - something the government had not proposed.

"It is not the government's policy, outside of the orders that we have put in place, to put in place a compulsory vaccination requirement across all New Zealand workplaces," Wood said. 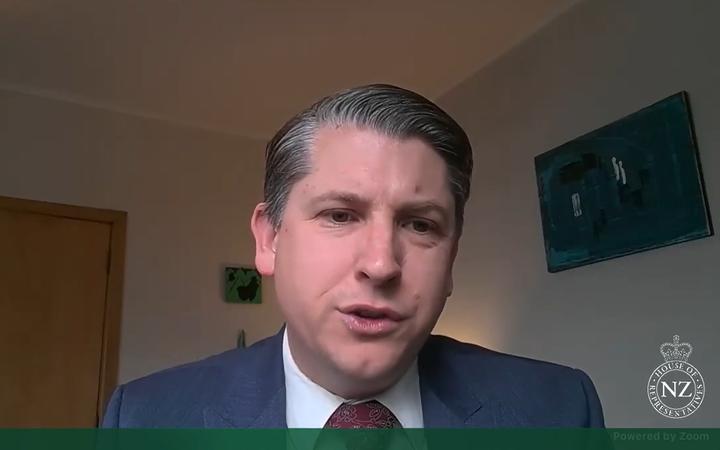 "We believe that we have the ability through the Health and Safety at Work Act, through employment relationships, to be able to manage these issues appropriately and to manage risks."

He said health and safety was often contingent on the workplace environment and it was not government policy to require vaccination in every New Zealand workplace environment. He urged employees, employers and unions to work together to resolve any issues, in line with the legislation.

"What the Health and Safety at Work Act requires is for employers to appropriately manage any risks that might arise in the workplaces."

"If the employer believes in that particular situation that there is a level of risk that in their view might require vaccination, talk that through ... in most cases it's possible to work through the need to vaccinate through the provision of good education and information to workers.

Simpson said other countries were working to provide employers with tools and protections that would allow them to exclude employees based on vaccination status and asked if the government planned to introduce something similar.

Wood said there were some protections in the Health and Safety at Work Act, but employees also had some basic rights within their workplaces.

Wood said the Holidays Act was very clear that people could only be required to take annual leave with 14 days notice and after engagement with the employee.

The Short Term Absence Payment also allowed employers to receive a payment to cover time employees could not work while waiting for a Covid test, and Wood said nearly 13,000 applicants had accessed it to date.

On the wage subsidy, employers applying needed to name their employees, they must retain that employment, they must endeavour to pay at least 80 percent of the person's wage and as a minimum pass on the full value of the subsidy, he said.

Logie also asked about a petition from unions calling on the government to legislate for all workers to be fully paid during lockdown.

Wood said the petition had not yet been lodged and he had not seen it, but at this point was satisfied that there were enough supports in place to keep employers and employees on good terms in the vast majority of cases.

"If and when employees are not being treated fairly, do reach out. Talk to your union."

He reiterated that normal employment law continued to operate and said mediation and the Labour Inspectorate were also available to support employees.