A birthday card sent back and forth between a father and daughter over 20 years, and a poem left in a car's windscreen wiper ending an affair... These are among the deeply personal treasures featuring in Auckland Museum's Love & Loss exhibition.

They range from historic manuscripts and letters right through to Facebook messages and emails from 2020.

The curators of Love & Loss had more than a hundred personal submissions from members of the public to choose from, as well as the museum's own extensive collection of documents. 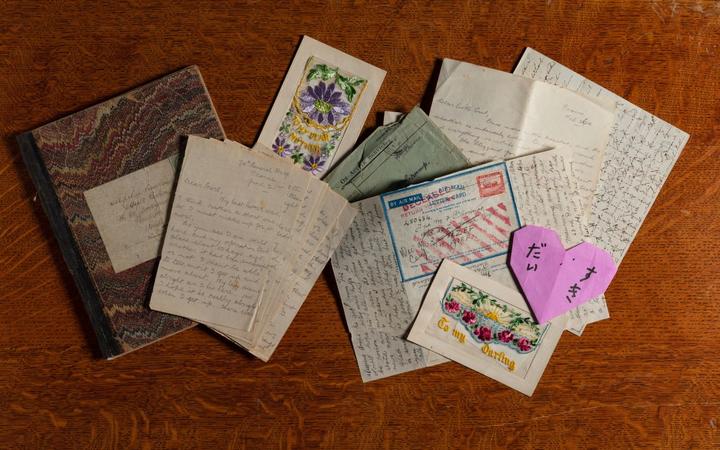 The museum's interpretive planner Kavi Chetty and curator manuscripts Nina Finigan made the big calls on what to include and what to leave out.

“For me unpicking these stories about what it means to be human and the things that propel us through our lives, those things about love and relationships and even loss, has been a really beautiful experience.”

Chetty says when the decision was made to do the exhibition, the pandemic hit. Emotions were amplified and feelings of disconnection were present, he says.

Lockdown changed the way people dated and one submission to the project echoed that.

Chetty says one man sent supermarket care packages to his new girlfriend and on the back of the receipts drew cartoons and love notes.

“It’s really beautiful, it’s capturing a moment in their relationship, but also in time of a very unique event.” 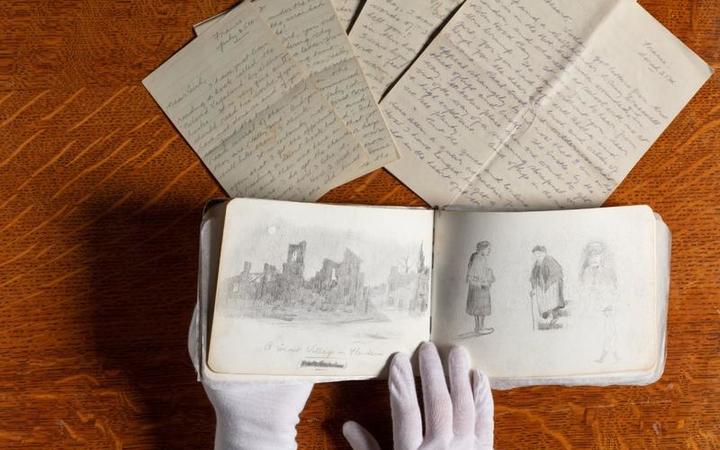 Another cute story is a family split between Japan and New Zealand who see each other one a year, he says.

“But because they couldn’t, the aunties would send of little kind of mementos and things about capturing the children’s lives in Japan to send them back here to Aotearoa. One of them is a series of origami lipstick messages, essentially like Valentines notes, from six year old classmates of this little boy expressing their infatuation and love for him.”

During lockdown, Chetty’s mum who was undergoing chemotherapy was living with him.

“Suddenly this whole idea of keeping things and what are you going to record to keep suddenly felt very acute.”

With Facebook and Instagram messenger, Chetty thinks we probably carry around more personal communication than we ever have in history.

“It’s harder to let go of someone, or a relationship, because we carry them every day with us,” Finigan says.

“One of my favourite submissions, or what that makes me think the most is a Facebook message from a woman whose mother had passed away six months earlier,” she says. “And she continues to write to her mother on the Facebook message thread even though she’s passed away. It really hits you. It’s a really beautiful and sad message.”

The exhibition features letters and communications from the 1800s to now, through wartime and pandemic.

While the format of communication may have changed over the years, the messages and love expressed has stayed consistent, Finigan says.

“The language has changed, they didn’t have eggplant emojis.”

Love & Loss opens at Auckland Museum on the 28th of July in the Sainsbury Horrocks Gallery.