Australia's Prime Minister is to make a national apology to victims of institutional child sexual abuse. 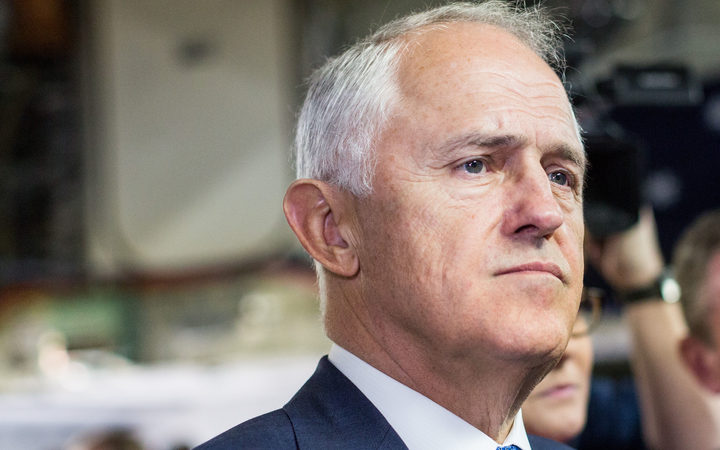 Late last year, a Royal Commission released a report based on a four-year inquiry that collected evidence from 8000 abuse survivors.

They ranged in age from seven, to a person in their nineties.

The apology by Malcolm Turnbull will increase pressure on both state authorities and religious institutions to sign up to a scheme to compensate the victims.

Mr Turnbull has announced he will make the apology by the end of the year, but says he needs time to speak with survivors first.

Mr Turnbull said the survivors had relived the worst moments of their lives when they gave evidence - often telling their stories for the first time - so that the abuse would "never be allowed to happen again.

"Now that those stories have been told, now that they are on the record, we must do everything within our power to honour them," he said.

"As a nation, we must mark this occasion in a form that reflects the wishes of survivors and affords them the dignity to which they were entitled as children, but which was denied to them by the very people who were tasked with their care," Mr Turnbull said.

A similar inquiry is planned in New Zealand, but will only look at abuse in state care, not religious institutions.

Mr Turnbull also used his speech to Parliament to warn the states and territories to act quickly so a national redress scheme could be set up by 1 July.

"We owe it to survivors not to squander this moment," he said.

State and territory leaders will be in Canberra tomorrow for a Council of Australian Governments (COAG) meeting and Mr Turnbull urged all premiers to prioritise the work and join the scheme as soon as possible.

But some states have been reluctant to sign up to the Commonwealth scheme because they argue there are flaws in the design.

The Prime Minister also told churches and other non-government institutions to join the redress scheme "without further delay".

More than $30 million was promised in the last federal budget to set up the redress scheme, which would pay up to $150,000 to eligible survivors from Commonwealth institutional settings, as well as delivering access to counselling and psychological services.

But until the states agree to sign over their powers to the Commonwealth, other survivors would not be able to use the scheme.

Labor leader Bill Shorten added to the pressure on the states to sign up for the redress scheme.

"As of today, not a single dollar has come from any of the states or the institutions whose names and deeds fill the pages of this report," Mr Shorten said.

"I say to the institutions, and indeed the states: the time for lawyers is over, the time for justice is here."

Mr Shorten said the bulk of the money must come from state governments and the institutions, "who so badly failed their duty of care and trust to children".

Ms Sheedy said her organisation was demanding churches, charities and state governments sign up to the national redress scheme by 1 April.

Any church or charity that refused to sign up should lose its tax-free status, she said.