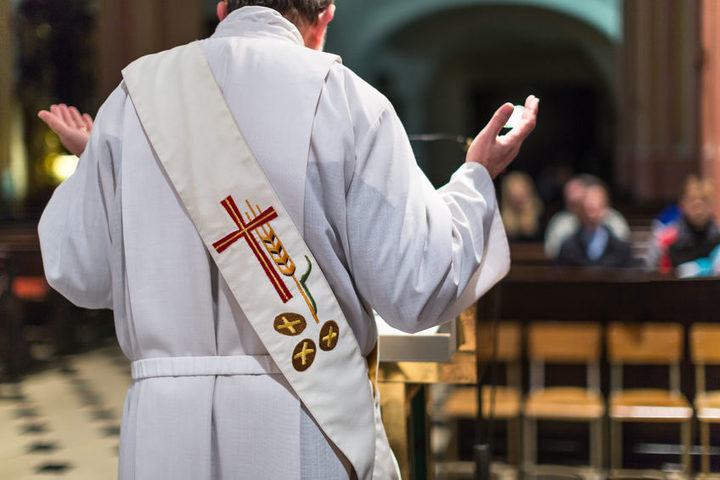 The report has called for an overhaul of the confessional, with religious ministers forced to report any child sexual abuse revealed to them. Photo: 123RF

The country's Royal Commission of Inquiry into abuse has recommended changes that would force priests to report information confided in them in confessional.

The agency's chair Hetty Johnson said the church's attitude was not surprising.

"This is the culture that we're dealing with and the attitude that the Canon law is superior to the laws of the nation, I mean this is what has to change, this dinosaur mentality."

Catholic Archbishop of Melbourne Denis Hart has said he does not fully support some of the 189 new recommendations delivered by the Royal Commission into Institutional Responses to Child Sexual Abuse.

In what would be a shake-up of centuries of tradition, the recommendations called for an overhaul of confessional, with religious ministers forced to report any child sexual abuse revealed to them.

But Archbishop Hart said he does not support any changes to confession that would force a priest to report information to authorities.

"I revere the law of the land and I trust it but this is a sacred, spiritual charge before God which I must honour and I have to respect and try to do what I can do with both," Archbishop Hart said.

Archbishop Hart cautioned against making changes to confessional, saying it was a "serious spiritual matter".

He admitted that if someone revealed their child abuse to him in confessional, he would feel "terribly conflicted" but he would not break the seal.

"The penalty for any priest breaking the seal is excommunication, being cast out of the church, so it's a real, serious, spiritual matter," he said.

Catholic Archbishop of Sydney Anthony Fisher also warned against changing confessional, describing it as a "distraction".

"I think any proposal to effectively stop the practice of confession in Australia would be a real hurt to all Catholics and Orthodox Christians and I don't think would help any young person," he said.

"I think if young people are to be kept safe, focusing on something like confession is just a distraction."

Of all the survivors who reported abuse in religious institutions, more than 60 percent said it had happened at the hands of the Catholic Church.

The royal commission report said the Catholics had demonstrated "catastrophic failures of leadership", particularly before the 1990s.

The average age of abuse victims at Catholic institutions was 11 years old.

The report also called for the Catholic Church to make celibacy voluntary for its clergy, saying it contributed to child abuse.

While the details of much child abuse uncovered by the royal commission had been published already, today's report is the final, most comprehensive reckoning for religious, government and other institutions put under the microscope over the past five years.

Alongside recommendations made to churches, it called for a new criminal offence to be created that would make it easier to prosecute institutions who had failed to protect children.

Among the other recommendations were the creation of a new National Office for Child Safety and a website and helpline to report child abuse.

The report estimated the number of child victims in the tens of thousands, saying their abusers were "not just a few rotten apples".

"We will never know the true number," it read.

"Whatever the number, it is a national tragedy, perpetrated over generations within many of our most trusted institutions."

The report is told over 17 volumes - its length reflecting the exhaustive process which included 57 public hearings and 8000 private sessions. A total of 409 recommendations have been made.

About 4000 institutions were reported to the royal commission, which heard from 1200 witnesses over 400 days of testimony.

More than 2500 people have already been referred to police.

"It's been very tough, often harrowing work, but above all, I want to thank and honour the courage of the survivors and their families who've told, often for the first time, the dreadful stories of abuse that they received from people who actually owed them love and protection," he said.

The Catholics were not the only religious institution to come under fire.

In its findings, the royal commission said all Jewish institutions in Australia should explicitly state a Jewish law, known as mesirah - which forbids a Jew from informing on another Jew - does not apply to the reporting of allegations of child sexual abuse to police.

It said the Anglican Church should adopt a uniform standards framework to ensure bishops and former bishops are accountable to an appropriate authority or body in relation to their response to complaints of child sexual abuse.

It also recommended the Jehovah's Witness organisation scrap the two-witness rule - which requires two eye witnesses to an allegation of sexual abuse - in cases involving children.

Making it easier to prosecute alleged child abusers formed a large part of the report.

The royal commission called for changes to current laws, which would make it easier for a defendant's criminal history to be revealed in court.

It said state and territory governments should introduce legislation to provide that good character be excluded as a mitigating factor in sentencing for child sexual abuse, with the exception of New South Wales and South Australia.

The report also urged state and territory governments to provide nationally consistent guidance to teachers and principals on how to prevent and respond to child sexual abuse.

It said particular emphasis should be placed on monitoring boarding schools to ensure they meet the Child Safe Standards.

It said the Council of Australian Governments should review minimum national requirements for assessing the suitability of teachers.

The final report said it was believed that thousands of children may have been harmed by other children's sexual behaviours in Australia each year.

"We also believe exposure to violent or harmful practices in an institutional context is a risk factor for exhibiting harmful sexual behaviours," it said.

The report said institutions may have enabled harmful sexual behaviours by allowing a "culture of violence and intimidation to prevail" so that abuse was "normalised".