Japan is struggling to restore services in the south-western island of Kyushu after it was hit by two powerful earthquakes.

Some 180,000 people are set to spend a third night in temporary shelters, including cars and tents. 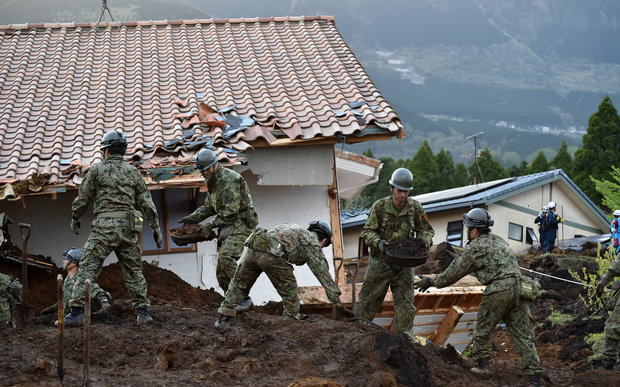 More than 62,000 homes remain without electricity and 300,000 homes have no water, Japanese media report.

At least 11 people are still missing following the quakes which killed 42 people and wounded hundreds.

Rescuers used improved weather on Sunday to fly helicopters to the worst-affected areas of Kumamoto prefecture as tremors continued.

The BBC reports that concerns persist that another big quake may further damage houses already weakened.

But fears that heavy overnight rain would cause further large landslides appeared to not have been realised.

Saturday's magnitude 7.3 quake struck at 01:25 local time close to the city of Kumamoto, which had been hit by a magnitude 6.4 quake on Thursday night.

Some 1000 buildings have reportedly been damaged and at least 90 destroyed. 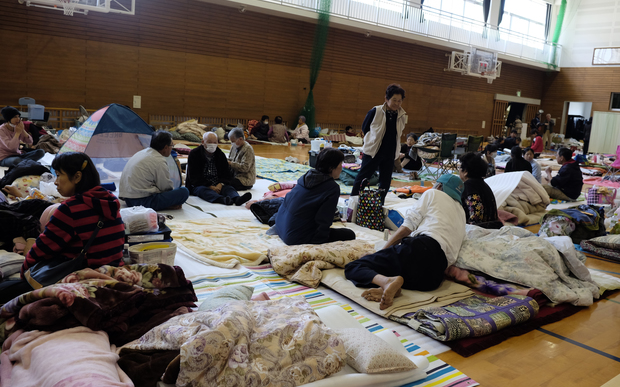 About 2000 people were treated for injuries and nearly 200 remain in a serious condition.

Prime Minister Shinzo Abe announced the number of troops helping in the rescue effort had risen to 25,000, and the US military would provide air transportation.

Japanese rescue teams scoured the remains of homes and buildings, and some used shovels to dig through the mountains of soil to try to reach people still trapped beneath.

Most of those missing were from the badly-hit village of Minami-Aso.

There have reportedly been more than 440 aftershocks in the area since Thursday.

With evacuation centres reportedly full to the brim, many people have been forced to stay out in the open.

A number of large firms have factories in the Kumamoto region.

Electronics giant Sony Corp and motor manufacturer Honda said they were suspending their plants in the region.

Car maker Toyota said its production plants across Japan would have to be suspended because the quakes had disrupted its supply of parts.

Bank of Japan Governor Haruhiko Kuroda, attending a G20 event in Washington, said it was too soon to analyse the economic damage caused by the quake, but bank operations in Kumamoto were still functioning normally. 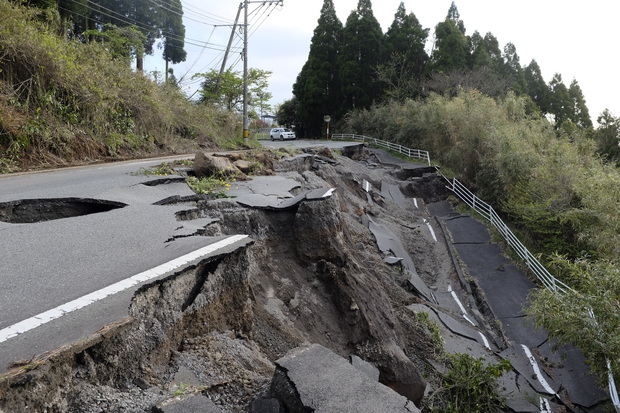