At least 272 people have been confirmed dead after Ecuador was hit by its most powerful earthquake in decades.

The 7.8 magnitude quake struck on Saturday and was felt around the Andean nation of 16 million people, and as far away as neighbouring Colombia. 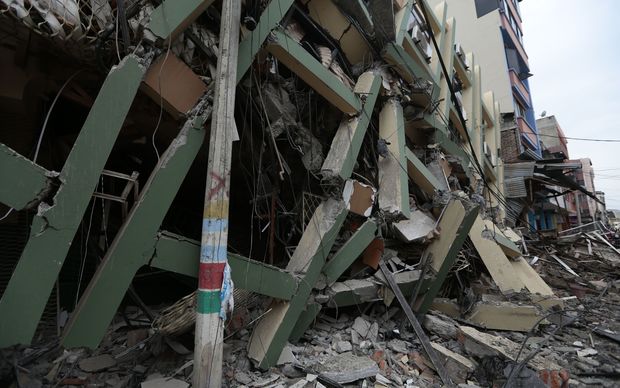 Houses in Portoviejo demolished in the 7.8 magnitude quake. Photo: AFP

At least 272 people were killed and more than 1500 injured, according to the latest official tallies on Sunday evening (Monday NZT).

Authorities said there had been more than 160 aftershocks, mainly in the Pedernales area. A state of emergency was declared in six provinces.

Some 10,000 troops and 3500 police were being deployed to affected areas, as rescue operations got under way.

Coastal areas in the north-west were closest to the epicentre.

President Rafael Correa rushed home from a trip to Italy to supervise the emergency response. "The immediate priority is to rescue people in the rubble," he said on Twitter. 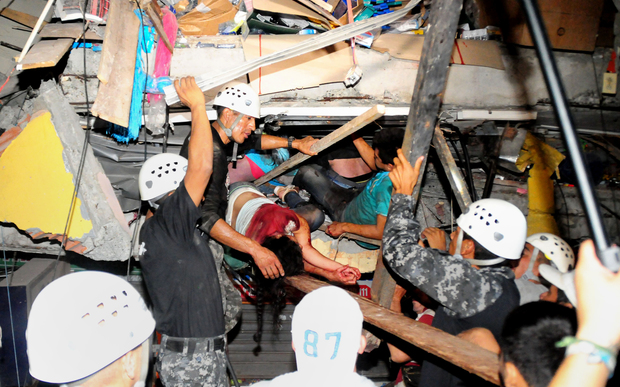 The country's vice-president Jorge Glas, visiting one of the worst-hit cities, Manta, met a resident who pleaded for people trapped under rubble.

"We have to be quiet so that rescuers can listen [for survivors]," Mr Glas told him. "We cannot go in with heavy machinery because it can be tragic for the wounded."

Helicopters and buses were ferrying troops north but had been hampered by landslides.

In some areas people were using their bare hands to try to dig out survivors.

Food and other essentials were being handed out and international aid was also beginning with the first coming from Venezuela and Mexico. 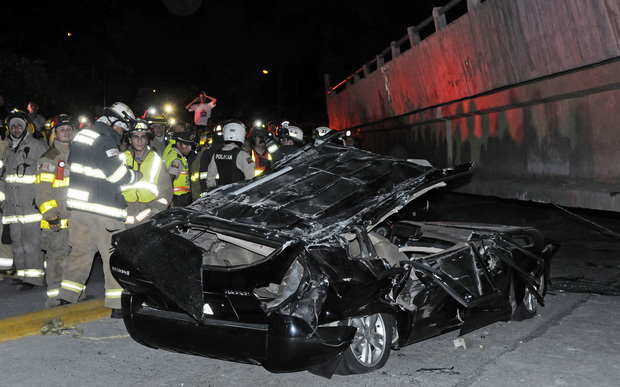 A car crushed by a bridge which collapsed in Saturday's quake. Photo: AFP

Widespread severe damage was reported, with a bridge destroyed as far south as Guayaquil about 300km away.

"We're trying to do the most we can but there's almost nothing we can do," he added, warning that looting had broken out.

Ecuador's 110,000 barrel-per-day Esmeraldas oil refinery remained down on Sunday as a precautionary measure though it would likely soon restart, the state oil company said.

The US Geological Survey said the earthquake struck at a fairly shallow depth of 19.2km, about 27km from Muisne in a sparsely populated area. 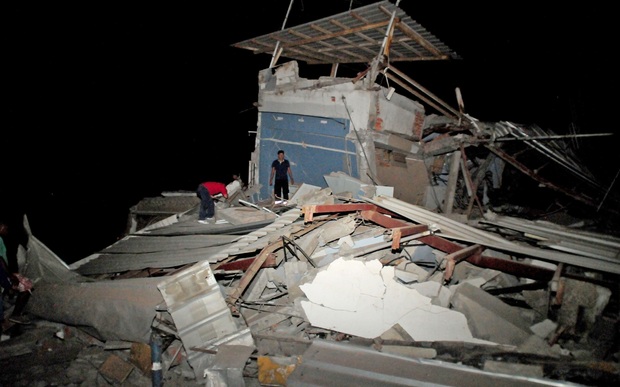 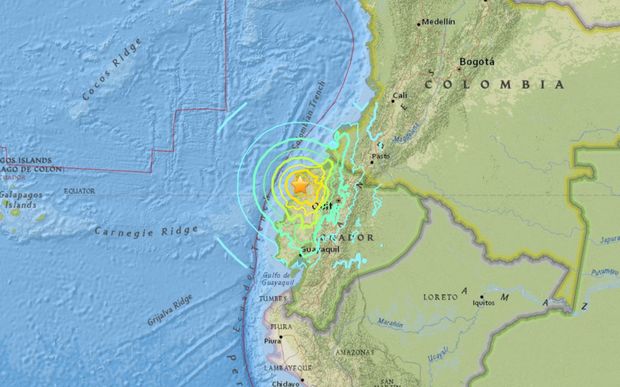 The quake struck off the coast of Ecuador. Photo: USGS

David Rothery, a professor of geosciences at The Open University, said Ecuador's quake was about six times as powerful as the earthquake that struck southern Japan on Saturday.

Two large and deadly quakes have struck Japan since Thursday. Both Japan and Ecuador are located on the seismically active "Ring of Fire" that circles the Pacific, but the US Geological Survey said large quakes separated by such long distances would probably not be related.