Waikato-Tainui and the Kiingitanga are shutting down claims that they are about to buy back Ihumātao but have not ruled out the possibility. 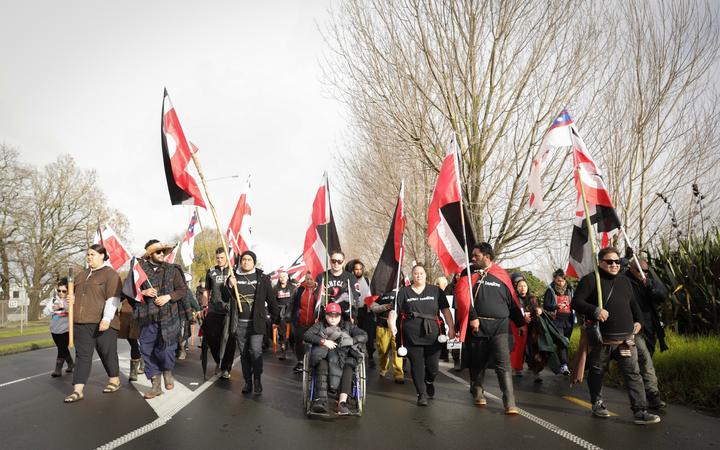 But they say no deal has been struck despite rumours that they're about to reach into their own pocket to fix the problem.

Kiingitanga spokesman Rahui Papa's phone started ringing early this morning when Newshub reported that Tainui was about to buy back Ihumātao.

But Mr Papa was quick to pour cold water on the claims.

"There is no deal. There is no resolution at this stage and all of the media speculation is unfounded," he said.

Through the cold and rain of the past month, protesters have been occupying Ihumātao intensively to stop Fletchers from building 480 houses at the site.

The rumour that the iwi was set to buy the land from Fletchers - for a reported $39 million - had social media users thrilled that a resolution had finally been reached.

Waikato-Tainui is a commercially savvy powerhouse iwi worth more than a billion dollars and Mr Papa said, while no decision had been made, they were open to buying the land.

"That will have to be something like a bridge that will be crossed when we get there. It has to have a really comprehensive appetite with the ahi ka and with the Kiingitanga."

Such a move would mean the government would avoid purchasing the land and setting precedents like buying private land for iwi, and dealing with iwi who have already settled. 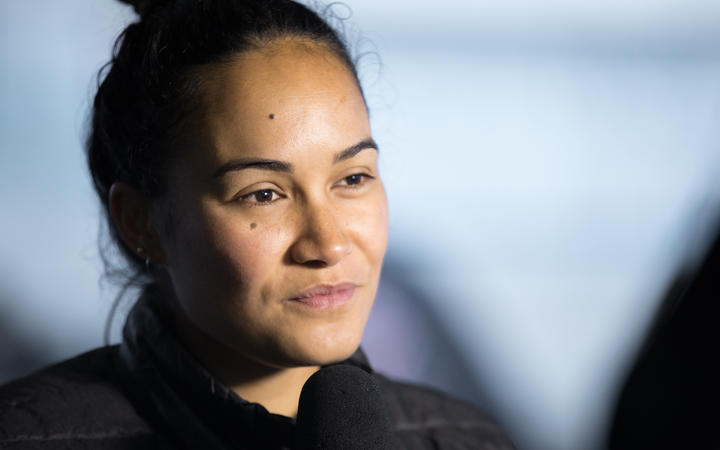 But they are moot points for protest leader Pania Newton, who does not think iwi should be buying the confiscated whenua.

"Personally, I don't think it is moral or ethical. This is an issue between Māori and the Crown and I think the Crown should be taking responsibility," she said.

Delicate talks are continuing between the Kiingitanga and mana whenua groups to get them all on the same page before they negotiate with Fletchers, Auckland Council and the Crown.

Yesterday, hundreds of protesters marched from Ihumātao to the Prime Minister's electorate office in Mt Albert to deliver a 26,000-strong petition asking her to visit them.

Jacinda Ardern said it was just a matter of time. "I have never ruled out visiting."

"For me, it is just all about making sure that I respect the process that's underway that is being led by the Kiingitanga. I will visit Ihumātao, that is no question for me."

The New Zealand First MP said the Ihumātao land near the airport was hugely valuable and was suggesting Tainui could choose to develop it themselves.

"No doubt that Tainui, when they come back, if they do want to do a transaction, that they will be very pragmatic," he said.

"I have got no time for this fairy tale notion that the land around the airport is wreathed in some sort of ancient tapu mist."

On Wednesday this week at the Koroneihana celebrations, the Māori King Tuheitia said it would take time to find an enduring resolution amongst mana whenua.

His flag flew high at Ihumātao today and it will remain in place until a resolution is found.

Today marks a month of intense occupation at Ihumātao as some mana whenua, including the group SOUL, oppose a Fletcher Building housing development. They have argued the land is a heritage site, formerly stolen from Māori by the Crown, and should be protected.