New Zealand artist Dick Frizzell has come under fire by Wellington iwi Ngāti Toa Rangatira for printing the lyrics of the haka 'Ka Mate' on his new T-shirt line. 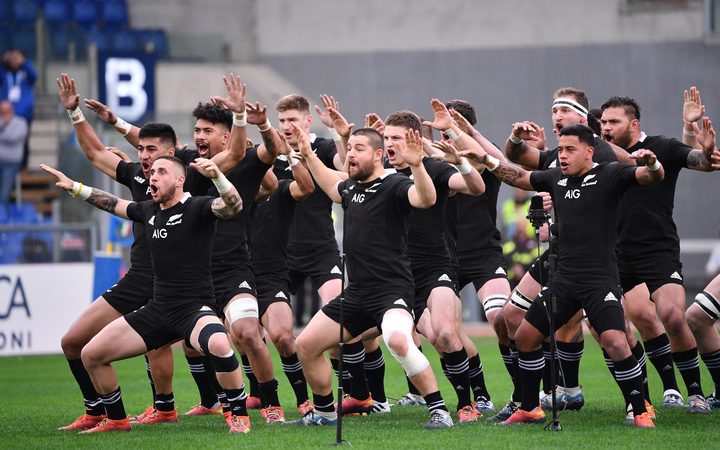 Under the Haka Ka Mate Attribution Act, any publication of the haka for commercial purposes must acknowledge the composer of the haka, Ngāti Toa chief Te Rauparaha, unless an agreement was reached with the iwi.

In a statement, Ngāti Toa said it did not give permission to Mr Frizzell to use the lyrics.

"Te Rūnanga o Toa Rangatira did not give permission for this, nor did it waive the right of attribution.

"This happens quite often, usually overseas, but it is happening more often in Aotearoa. In the lead-up to the Rugby World Cup, it is not surprising that people would try to capitalise on the haka 'Ka Mate'.

"This is why it is important that Ngāti Toa has an MOU with the New Zealand Rugby Union. As the New Zealand government addresses the issues raised in the Waitangi Tribunals Wai 262 report, it is hoped that issues such as this become clearer."

The Haka Ka Mate Attribution Act 2014 was created as part of the iwi's $70 million Treaty settlement.

Ngāti Toa Rangatira has a right of attribution in relation to the commercial use of 'Ka Mate' in films, products, and publications.

It does not apply to performances of 'Ka Mate', including by a kapa haka group, or for educational purposes.

The Ministry for Business, Innovation and Employment, which administers the Act, said in a statement is was in the process of reviewing it.

"Now that the five years have passed since the commencement of the Haka Ka Mate Attribution Act Act, we're reviewing it in accordance with section 12 of the Act.

"We intend to re-engage with Ngāti Toa Rangatira representatives over the coming months to understand their experience of the protection the Act affords them in relation to Ka Mate. We expect to then report to the Minister of Commerce and Consumer Affairs proposing a process for reviewing the Act."

Dick Frizzell has today removed images of the T-shirts from Facebook, but has not yet responded to RNZ's request for comment.

Te Rauparaha, the composer of Ka Mate, is a descendant of Hoturoa, who was captain of the Tainui canoe. He first muttered the lyrics in the haka while hiding from a war party from Ngāti Te Aho.