RNZ's chairman and chief executive have apologised to a select committee for misleading it over a meeting between its former head of news and the Communications Minister, saying they both feel "very foolish" over the error.

Carol Hirschfeld was RNZ's head of news before she resigned over the 5 December meeting with broadcasting minister Clare Curran at a Wellington cafe.

After the meeting she also repeatedly told RNZ's chief executive Paul Thompson the meeting had been a chance encounter, a stance he and RNZ's chair Richard Griffin maintained when they spoke before a select committee.

Texts later revealed the meeting had been planned weeks beforehand and Mr Thompson and Mr Griffin were then asked to appear before the committee again to correct the record. 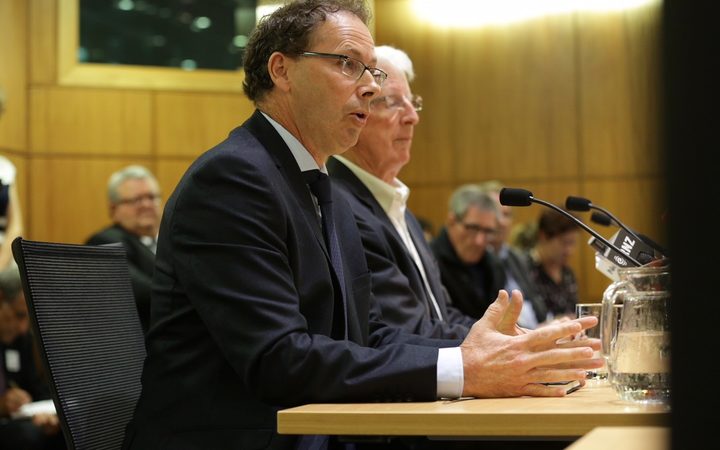 Mr Thompson, who said the meeting between Ms Curran and Ms Hirschfeld was "unfortunate", told the committee today he sincerely apologised for not telling it the truth.

"It's been a tough time for us ... our independence and integrity are intact.

"RNZ's mission is too important for us to be deflected by this."

Mr Thompson said he received repeated assurances from Ms Hirschfeld that the meeting was coincidental and inconsequential.

"I trusted her word."

Mr Griffin said they had inadvertently misled the committee based on "erroneous information".

He said they felt "very foolish" about the mistake.

"I feel embarrassed. I feel disillusioned."

He said he was "gobsmacked" when one of the minister's staff members called him on 22 March to advise him that there were questions coming up in Parliament about the meeting.

"As far as I'm concerned now, it was not only a formal meeting - it was a contrived meeting."

Mr Griffin was also asked about the voicemail message Ms Curran left him this week about this appearance. Mr Griffin said it was a "strong suggestion" that he provide just a written statement rather than turn up.

He said he had a copy of the voice message, but he would not play it for the committee.