The Broadcasting Minister says she did not suggest the chair of RNZ's board not appear before a Parliamentary Select Committee to correct the record following the resignation of RNZ's Head of News. 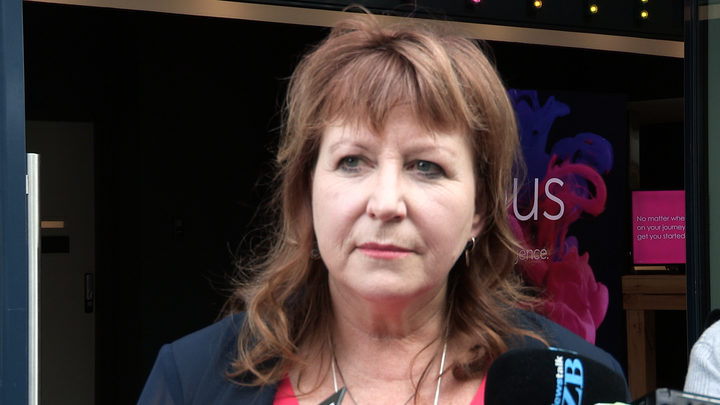 Clare Curran last week said that she had no intention of resigning as Broadcasting Minister, in the wake of the controversy over her meeting with former RNZ executive Carol Hirschfeld. Photo: RNZ

Carol Hirschfeld resigned last week after repeatedly telling her chief executive, Paul Thompson, a meeting she had with the minister was a chance encounter, rather than pre-arranged.

Mr Thompson and the board's chair, Richard Griffin, inadvertently misled a select committee when they repeated Ms Hirschfeld's claim the meeting was a coincidence.

Newstalk ZB is reporting Mr Griffin said it was "suggested" he stay away from a select committee which he and Mr Thompson were due to appear before on Thursday.

Ms Curran said what she said was that if he could not appear in person, the record could be corrected with a letter.

"I thought it was really important that given the state of affairs around this particular issue that the record be corrected as soon as possible, if he was unable to attend in person last week then a letter could have been sent to the select committee and that was what my advice was."

She said she later received a voice message from Mr Griffin saying he was instead attending the committee Thursday this week, and if she had a problem with that to let him know.

Prime Minister Jacinda Ardern said it would have been preferable for someone other than the Broadcasting Minister to have contacted the RNZ board chair, given the circumstances of last week.

"Even though she certainly advised me her intent was to pass on a message about correcting the record directly to the chair, there are indeed multiple ways she could have done that," Ms Ardern said.

But it would have been "cleaner" to have had someone from the select committee office or the Leader of the House to pass on the message, she said.

"Ultimately though the minister's focus was on getting the record corrected, it's something she'd been criticised for in the past."

Ms Curran left the matter alone once she found out the RNZ chief executive and board chair had been scheduled to reappear at the committee this Thursday, Ms Ardern said.

Ms Curran was acting on advice from the office of the Leader of the House, Chris Hipkins, when she contacted Mr Griffin about making a corrected statement.