Top level turbulence at RNZ and the Beehive

One morning meeting late last year led to a key RNZ executive suddenly quitting this week - and intense pressure on the broadcasting minister to do the same. Mediawatch looks at how that happened and asks RNZ’s boss what this means for the big-budget boost the broadcaster hopes to secure. 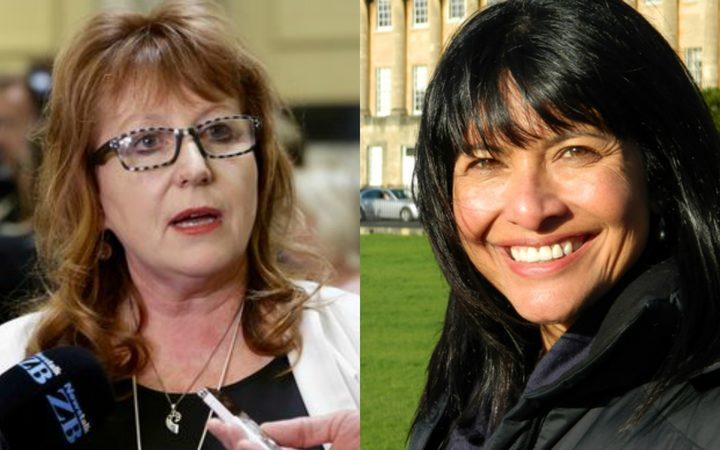 Carol Hirschfeld was a key figure in the drive to make RNZ a digital multimedia operation.

That transition is expected to be fueled further in the government’s first Budget next month with funding for a multimedia platform called RNZ+.

Ms Hirschfeld was set to move to a new role at RNZ this week - head of multimedia programming and the project lead RNZ+.  The day after, she would have been at the forefront of the team pitching a plan for RNZ+ to an advisory group appointed just last month by the broadcasting minister Clare Curran.

But there will be an empty chair at that meeting - and at RNZ.

Last Tuesday, RNZ’s staff were told Ms Hirschfeld had resigned because she had not told RNZ’s chief executive the truth about a meeting with Ms Curran which took place almost four months earlier.

On his blog that day, media writer John Drinnan noted that ministers don't usually meet with the staff of the state agencies they’re responsible for. Their chief executives and chairs usually talk with their ministers.

RNZ told Drinnan it was just a chance meeting. They had a chat about the state of the media these days - and that was that.

The same reassurances were given in Parliament last month and at RNZ's annual review earlier this month.

It turned out the meeting had been requested by Ms Curran and confirmed in text messages the pair exchanged over five days.

Ms Curran has come under immediate pressure to quit too but has denied trying to steer RNZ in any direction by meeting Ms Hirschfeld.

Coverage goes full noise, but what was the issue?

The possibility of the Ardern government's first ministerial casualty energised the media coverage of the story - as did the fact it was a media industry issue well understood by reporters.

The news filled front-page space in all four metropolitan daily papers (though, interestingly, none of the regional ones) on Wednesday.

Opinion pieces and editorials then came thick and fast along with demands for more details.

But Ms Curran and Ms Hirschfeld have both declined to be interviewed in recent days about just what it was they discussed at the now-notorious meeting, or why they met in the first place.

After she was appointed broadcasting and digital media minister, Clare Curran told Mediawatch she wanted to see a comprehensive and commercial-free TV channel run by RNZ out of the $38 million Labour's policy had pledged to boost public broadcasting.

RNZ's chief executive and chair have both stated publicly since then they don't favour that option and preferred to use any extra investment to expand multi-media content for several digital platforms.

"It would seem highly likely they were discussing what Hirschfeld probably argued, and Curran believed, was a retreat by Radio New Zealand from the Labour Party manifesto promise to create a standalone television channel," former broadcaster Richard Harman reckoned on the AM show on Three last Wednesday, and his own news site Politik.

"The vision would have been ambitious, maybe too ambitious for Thompson and (RNZ board chair Richard) Griffin’s liking. They may have been worried, understandably so, that over-reaching on TV could put the gains they have made in radio and digital in jeopardy," he wrote last Wednesday on Newsroom. 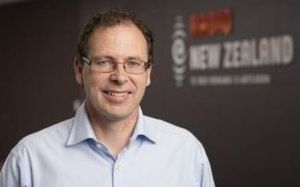 "A number of people have worked on our plan. The team is fully united behind a plan that is bold and ambitious. There has been no lack of unity at all," Mr Thompson said.

"That plan is confidential so how anyone - including Mark Jennings - can see the level of ambition before we have shared it with even our own our staff is beyond me."

He told Mediawatch he doesn't know and will not comment on whether RNZ+ or a mooted TV channel was discussed by Ms Hirschfeld and the minister on 5 December last year.

Conflict of interest taints the process?

When she became the minister after the election, Clare Curran told Mediawatch it was crucial that public broadcasting funding should operate at arm‘s length from politicians in future.

The appearance of a back-channel to an RNZ executive has emerged as she is tackling that issue.

"I want to create something that is hard to dismantle and independent of government interference," she said last October.

For this reason, the government's investment in public service media should be overseen by a new Public Media Funding Commission, she said.

An interim body appointed by Ms Curran last month to establish it will also consider how much of the $38 million funding boost the new government has pledged to public broadcasting will go to RNZ for RNZ+.

Last month Clare Curran told Mediawatch the final decision on that would be her’s, though it would probably also require Cabinet sign-off.

"There is a clear risk her ultimate decision will be tainted," the New Zealand Herald's Fran O'Sullivan wrote this weekend. She wasn't the only one with that view.

“I can’t control how they’ll see it, but from my point of view it doesn’t erode our credibility,” Mr Thompson said immediately after announcing the resignation on Tuesday.

"It’s not a great look for RNZ that it happened, but I don’t think it undermines it," he said.

But what about the relationship between the minister and the broadcaster itself?

“It's going to be very difficult for (Clare Curran) to work with Paul Thompson,"  Richard Harman said on the AM show on Three last Wednesday,

"That relationship of trust that he needs with the minister is not there at the moment."

Trust between the minister and Thompson will be low," Jennings on Newsroom said.

"The RNZ board owns the relationship with the minister. I have no issue working with the minister as far as I am required to and I have no concerns about our ability to do productive work on the policy," Mr Thompson told Mediawatch.

He also said no other inappropriate meetings or contact with government have come to light since last Tuesday.

"I'm still digesting exactly what has occurred. I will be thinking about if we need to put controls around meetings with politicians, but the difficulty is we are journalists and we meet with politicians all the time. We get news from them. So we have to be pragmatic about where we can make improvements," he said.