Text messages between Broadcasting Minister Clare Curran and RNZ's former head of news Carol Hirschfeld have been released, revealing weeks of planning before their meeting. 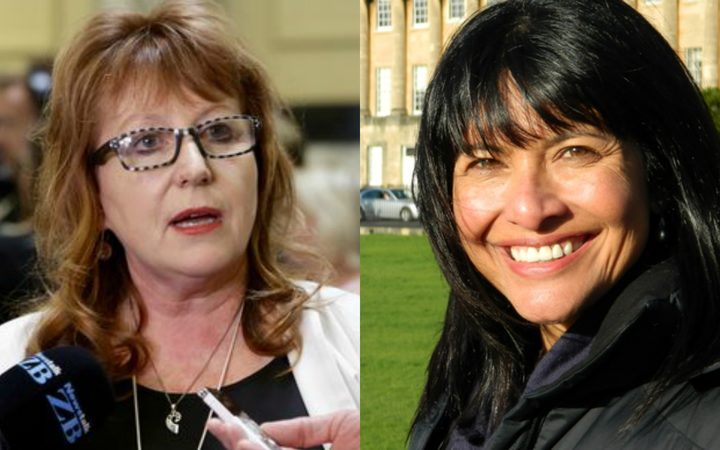 Ms Hirschfeld resigned as head of news at RNZ yesterday after admitting she had lied to her chief executive about a meeting with Ms Curran - telling him it was a chance encounter when in fact it was planned.

The broadcaster's staff are expected to maintain its independence by avoiding private talks with politicians.

A series of messages went back and forth over a number of weeks as the two tried to arrange a time.

On 23 November they agreed to meet on Tuesday 5 December at 8.15am at a central Wellington cafe.

The minister's office said the text messages were all of the information it held regarding any correspondence between Ms Hirschfeld and the minister and her office.

Ms Curran said today she would will not resign over the meeting.

She said she had not been involved in a cover-up and was not deliberately vague in her diary entry and comments.

The minister - who was leaving an artificial intelligence conference in Auckland - said as far as she was aware there were no other undeclared meeting involving her or her staff with RNZ employees.

She said she was sad to hear that Ms Hirschfeld had resigned.

Curran has 'a lot of questions to answer'

Earlier, National MP Melissa Lee told Morning Report Ms Curran had a lot of questions to answer about her meeting with Ms Hirschfeld.

The meeting had already attracted political criticism because Ms Curran initially failed to disclose it in response to a question from Ms Lee in Parliament.

Ms Lee - the National spokesperson for broadcasting and communications - told Morning Report the minister was very cagey about the meeting and initially failed to disclose it, and that had raised questions that needed to be answered.

"When a minister who is responsible for funding of public broadcasting to the tune of $38 million and she has already promised that quite a large sum of of it is going to RNZ and she is having a private meeting with the head of content, then you've got a problem."

She said she had no problem with RNZ being funded, but Ms Curran should have been meeting with RNZ's board chair and chief executive.

"There is a process and a protocol in which the minister is supposed to engage with the entity and she did not do that in the proper manner.

"When there is a lot of money at stake, people will be wanting to know if the minister is engaging with the head of content when she should really be discussing this with the board."

Ms Lee said she was surprised by the resignation of Ms Hirschfeld, who she described as a "well respected journalist", and was given notice of the move by RNZ chair Richard Griffin shortly before the announcement.

RNZ has also made a request for the correspondence between Mr Griffin and Ms Lee about the meeting and Ms Hirschfeld's resignation.

National leader Simon Bridges has stopped short of calling on Ms Curran to resign, but also said many more questions need to be asked.

Prime Minister Jacinda Ardern is continuing to back Ms Curran, saying her expectation was that when ministers make mistakes, they corrected the record as quickly as possible, which she says Ms Curran did.