A Waikato support trust is thrilled the region will be getting an alcohol and drug treatment court after lobbying for one for the past 18 months. 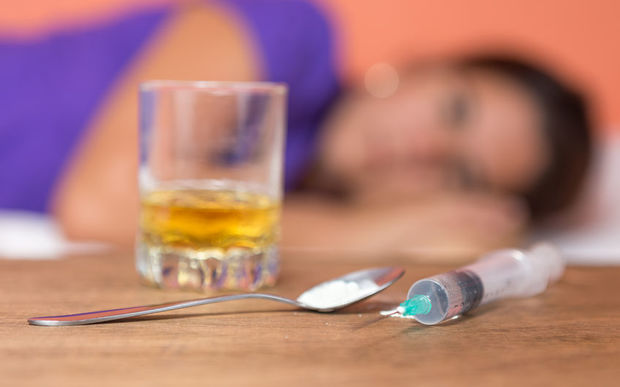 Rehabilitation from the effects of drug and alcohol consumption is more effective for some people than time in prison, an expert working in the field says. Photo: 123RF

The government today announced the pilot alcohol and drug treatment courts in Auckland and Waitākere would become permanent, and a third would open next year in Hamilton.

The announcement comes on the same day two massive reports from Te Uepū Hāpai I te Ora Safe and Effective Justice Advisory Group and the Chief Victims Advisor were released, both of which make a raft of recommendations to overhaul the criminal justice system.

Waikato Alcohol and Drug Community Support Trust director Stephen King has been helping lobby the government for an alcohol and drug treatment court (AODT) for Hamilton for the past 18 months.

"It's really good news. Not all people who find themselves drug-addicted need to serve a time in the justice system. There is a group of individuals for whom a rehabilitation option is a far better option."

Drug and alcohol abuse is closely linked to crime with 87 percent of prisoners experiencing a drug or alcohol problem in their lifetime.

King said that figure was testament to the hard work that goes on behind the scenes.

"The participant is entering into a commitment - no escape, not ticking boxes - this is the real deal rehabilitation, in exchange for [having their] sentence reviewed and lessened.

"In some cases you get reports that rehabilitation is actually tougher than going to jail."

The link between alcohol and drugs and the criminal justice was addressed through the recommendations made by Te Uepū Hāpai I te Ora the Safe and Effective Justice Advisory Group.

It called for stronger regulation of alcohol, supported the legalisation of personal cannabis use and supported the consideration of regulating personal use of other drugs.

In total, the report made 12 recommendations, the most fundamental of which was cross-party support.

Chair Chester Borrows said without this, nothing else could move forward.

"The biggest thing is to get people all singing from the same book and that's the biggest challenge because if you don't have the numbers to do it in parliament you can't make change.

"The other side of it is to get the whole community talking about it too because people in parliament won't change until they realise there's no votes in going punitive on this."

The report's other recommendations include Māori-led solutions for their own communities and putting Māori values at the centre of the system's operation.

A report also released today by the Chief Victims Advisor called for a greater focus on victims during the justice process, helping them know their legal rights, navigate the system and offer support for what could be a harrowing time.

Justice Minister Andrew Little said the government was committed to transformational change to the criminal justice system, but it would take time.

He said cross-party support was possible.

"When you looked at the National Party discussion document a couple of weeks ago there were some obvious things that deserved the headlines they got, but there's actually stuff in there that is entirely in keeping with an approach that is about taking those offenders who we know can change, putting the time and effort into changing it and getting them out of the system to be good productive citizens - we want to do that."

However, National Party leader Simon Bridges said most of the recommendations were "soft on crime", which was not something his party would get behind.