The Department of Corrections has launched a major new strategy focused on treating prisoners with respect and giving them more access to whānau.

A long-term plan aims to cut the number of Māori in prison from 52 percent down to 16 to match the overall Māori population. Photo: Unsplash / Matthew Ansley

Hōkai Rangi is a long-term strategy which aims to drastically cut the number of Māori in prison from 52 percent down to 16 - to match the overall Māori population.

The five-year goal is to reduce the number by 10 percent.

The plan was announced at Parliament this morning and it details a full suite of changes to the way the prison system is run.

A key focus is whānau and prisoners will get more visits with their families, and more people that they can call while they are behind bars.

Whānau of inmates will also be able to access rehabilitation programmes in the community if they want to.

The strategy states prison staff will be expected to treat prisoners with respect and uphold their mana - like they are worthy of dignity and care.

Corrections Minister Kelvin Davis said the strategy was rooted in Māori values but would be applied across the board to all inmates. 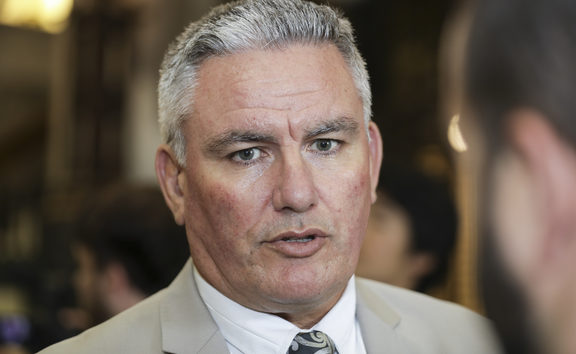 "The biggest change Hōkai Rangi brings is the idea that we are now going to treat the person and not just their crime," he said.

"The corrections system has focused on punishing people and treating them like the crime they have committed and we know that approach has not worked."

There will be a greater commitment to rehabilitation and reintegration programmes, and kaupapa Māori spaces and services will be rolled out at every prison.

The key point was that Māori would be co-designing the Corrections system alongside the department, in a Treaty of Waitangi partnership, Mr Davis said.

"We need to listen to how Māori think we need to be running Corrections and do that in tandem with Māori.

"Our people make up the majority of those in prison and that's gotta stop.

"What we have done for however many decades hasn't worked - so we can't keep defending the status quo."

Julia Whaipooti, a member of the Justice Advisory Group, told Morning Report the measure of success will be how Corrections will work with Māori to ensure they are leading the change.

She said how well Māori are involved in designing the strategy will be more telling, than the promise the government has made today.

Humanising and healing in the justice system reflects what decades of research has showed, she said.

"The more [inmates] are connected to their communities and have a sense of belonging to the places that they come out to, the more likely they are to not reoffend, to not cause harm anymore, to able to contribute positively to the communities they exist in."

Keeping people connected is central to preventing other people from being harmed, she said.

"The issue for me is that the fundamental values have got to change from [Corrections] being an organisation that focuses on compliance and avoidance of risk, to one that emphasises the importance of human relationships and treating people with dignity and respect."

Historically, these things have not been measured, he said.

Sir Kim said it means complying with the United Nations' minimum standards for the treatment of prisoners.

"The critical issue here is what is called in the report 'best practice Crown-Māori relations and I'd like to know what that looks like because I think even now that Māori have a different view of what that should be and it's an issue that matters regardless of political affiliations."

Hōkai Rangi seeks to change the law to introduce an obligation to Te Tiriti o Waitangi, in the same way the Oranga Tamariki Act did earlier did in July.

A new Deputy Chief Executive-Māori will be employed, too.

It comes two years after the Waitangi Tribunal released a damning report which found Corrections had no specific plan to reduce Māori reoffending.

"This strategy will underpin transformative and intergenerational change for those in our care and their whānau."

Training will be delivered to management and staff to support them to eliminate racism and bias, and embody and promote Māori values.