Netball coach Noeline Taurua on building up the Silver Ferns

Silver Ferns coach Noeline Taurua had a whopping 2019 and brought a lot of joy to netball fans. 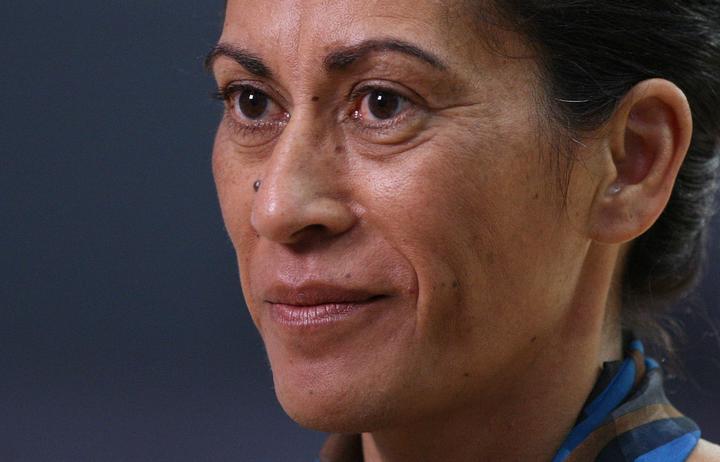 In 2019, Noeline Taurua took New Zealand's netball team to victory at the World Cup in Liverpool. Then the Ferns achieved a rare Constellation Cup win over Australia.

"I could definitely feel the hurt and sadness around it, not only for the players that were involved and the management and Netball NZ as an organisation … one thing I always knew is we've got great people involved in our sport."

Coaching netball in Australia gave Noeline a clearer sense of New Zealand's strengths, but also the need for the team to build more confidence, vision and strategy – and go through more pain – to compete at the world level.

Noeline says she's not a massive "high-performance person" who tries to fit every player into the same box. She encourages each of her players to 'Stand up in their own mana'.

In the World Cup, she wanted the Silver Ferns to play an 'explosive' game she'd seen be successful for the Sunshine Coast Lightning, who she continued to coach through 2018 and 2019.

'[The explosive game] shows the discipline, it shows those people that are willing to push past their abilities… everybody knew that they had passed a certain standard and you had worked your way to be there.'

Just like in rugby, there's really no second-best in netball, and expectations are very high for the New Zealand team, Noeline says.

She doesn't want to take away from the glory of the Silver Ferns winning the 2019 World Cup final, but because of the stress around it, winning the first semi-final against England was her personal highlight of the tournament.

'I remember saying to the players every time we did take the court … make sure that you wave to the crowd of people who do come and watch great netball. It's a massive opportunity for us to show people what we do and to pay respect, I suppose.'

A trans-Tasman netball game is always an amazing occasion, she says.

'Australia is massive … so for us to be able to beat them let alone be netball World Cup gold medallists, it's one of those things that will be part of my life forever and also my family who were able to come along and enjoy the ride.'

Noeline has signed up to coach the Silver Ferns until February 2021. She says the team are on track for the next World Cup in 2023.

"We should be amazing. We've done the work year after year after year and we've put ourselves under the pump. … Even though we do have a long-term plan we need to make sure that every day we work as best as we can. And the [planning] needs to be well measured, very strategic and on point. So in four years time, we're not on the back foot and hopefully, we can really enjoy these tournaments."

In New Zealand netball, it's all about the people, she says.

"We won't have that same infrastructure as over in Australia but we [can] bring the people together and have a clear direction … Knowing the netball community can keep their own uniqueness, that's the work that I would love to do."