The woman behind the women who won the World Cup 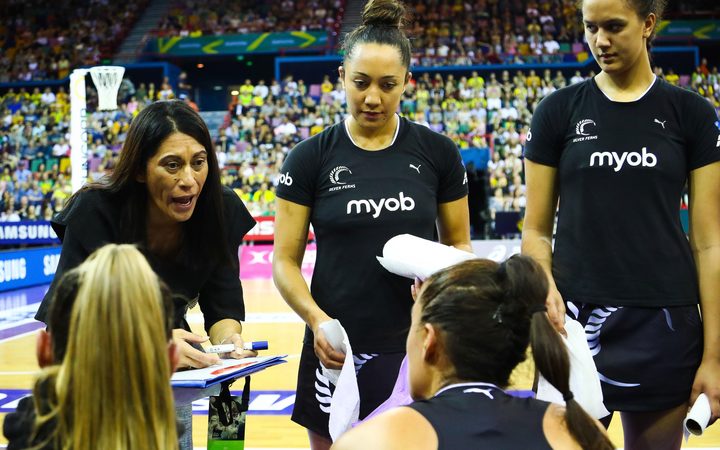 “It kind of felt like it was going to happen,” she told The Detail’s Sharon Brettkelly.

Hunia says the preliminary game against Australia, which New Zealand lost by one goal, was a blessing in disguise.

“I think because we had a touch of them first. Taurua could adjust her plan accordingly and execute it like she did. Quite amazing.”

“Taurua” is of course coach Noeline Taurua, who has turned the team around in 11 months from disaster to being the toast of the nation.

She brought veterans back in and rebuilt a culture not just within the team, but within the organisation.

“She’s had to pull all four corners of Netball New Zealand and get everybody on the same page and getting everybody ... paddling in the same direction in their waka.

This team was a very different look to the one that came fourth at the Gold Coast Commonwealth Games last year, and was beaten by Malawi. So by the time the World Cup 2019 came around, “these teams hadn’t seen the Silver Ferns. It just blows your mind, how clever the whole process has been.”

Hunia says something Taurua is really quite proud of is her taha Māori and wairuatanga…. “she really draws those things in close. There’s no decision that she ever makes without the consultation of her whanau. They keep her so grounded. And she’s just so … normal. She’s so down to earth; there’s no ego. The resounding thing you get when you’re with Noeline is the composure she has, under any situation.”

If you see her sitting on the bench during a match she’s just watching, and taking it all in.

“It’s infectious. The team are composed, and the staff are composed. And it just runs rampant through the team and probably helped get them where they are today.”

She’s also tough on the team. And she has worked on having a ‘netball brain’.

“She can’t put a strategy in place if she doesn’t have the players that can’t respond to the information she’s giving, so it’s been a lot of mental preparation in terms of strategy and planning, as well as being the fittest and being the fastest and being the best shooter.” 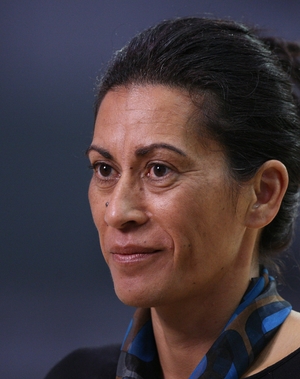 Hunia says you never really saw the Silver Ferns this tournament show emotion until after the match. “They didn’t celebrate, they didn’t get upset or anything like that, until after a match. And that says a lot about a team.”

She says before the matches started, they prepared together.

“You could look across at the other half of the court, like (when they played) England, and they were all dispersed, they were doing their own things … a couple of the shooters are shooting up a ball, a couple of others were running up and down the court, and maybe that process works for them. But it really stood out – the culture and the drilling of them coming together as a unit.”

Noeline Taurua’s contract with the Silver Ferns has now ended and she’s going back to the Gold Coast to coach the Sunshine Coast Lightning.  It’s not clear how she can be lured back.

“Those are the cards she never shows,” says Hunia. “Not that she shows many to be fair. It depends on her family and she has mentioned throughout these 11 months that she is homesick and she does want to bring home what she has learnt in Australia.

“We all know it’s at the back of her mind at some point, it’s just, when will she come? Could she carry on being a Silver Ferns coach as well as staying on in Australia? It’s a big job and she talks about how exhausted she is now.”

But Hunia says she thinks Taurua’s heart is in New Zealand.

“I don’t see her pulling her foot off that pedal at the moment. At the end of September she’s off contract with the Sunshine Coast Lightning so she is free to return to New Zealand …. it’s time for Netball New Zealand to fight for her.”